Ammonite [+see also:
trailer
film profile], Francis Lee’s exotic slice of Victoriana, may be the most exciting fossil-centric film since Jurassic Park. Set appropriately on Dorset’s Jurassic Coast, on the southern tip of England, the film is initially concerned with the process of exhuming, and then identifying, remnants of creatures that inhabited this planet long before we did. And yet for the broken-hearted, love and intimacy are similarly remote artefacts, needing a talented archaeologist, or just a good lover, to dig them up. Analogies like these abound in this subtle love story, which has just closed the BFI London Film Festival, in addition to having been selected for TIFF and received the Cannes 2020 label.

Amongst its other qualities, the film is an example of expanded dramatic licence. After so much controversy about the responsibilities that filmmakers have to do right by their inspirations, director Francis Lee dispenses with any cautious coddling. His film is a heavily speculative account of a short stretch in the life of pioneering palaeontologist Mary Anning, who Lee imagines as a closeted lesbian, in spite of minimal evidence. Ammonite reprises aspects of his prior feature, 2017’s God’s Own Country [+see also:
film review
trailer
interview: Francis Lee
film profile], in its rural setting and in offering a more withdrawn character a chance at romantic fulfilment. Compared to his debut, Ammonite slightly falters in its storytelling balance; the novel elements of the context don’t fully enhance what, on the face of it, is a conventional cinematic love story, of passion thwarted and obstacles overcome. It will also be heavily compared to Portrait of a Lady on Fire [+see also:
film review
trailer
interview: Céline Sciamma
film profile] by viewers. Yet Ammonite sometimes seems to forget it’s about fossil-hunting, whereas Portrait... never abandons the gaze of its lead character, played by Noémie Merlant, constantly translating the world into her artistic voice.

Working with Jacques Audiard’s regular cinematographer, Stéphane Fontaine, Lee makes the visuals a bleak, scantly coloured expression of Anning’s inner life. Played with brooding intensity by Kate Winslet, her existence is a harsh, solitary one, living with her elderly mother, Molly (Gemma Jones), as they co-run a traditional Victorian curiosity shop. But Mary’s true passion is as a budding naturalist – the kind of ardour maintained for no financial or celebrity reward, but if she were to neglect it, something in her soul might die. She has a testy relationship with the exclusively male scientific community of the time, to whom she is forced to sell off her collection of pioneering discoveries.

Later, the pompous fossil enthusiast Roderick Murchison (James McArdle) seeks out Mary to learn from her expertise, in tandem with his unwell young wife Charlotte (Saoirse Ronan). This results in an arrangement whereby Charlotte will lodge with Mary for a while, where the sea-bathing and beachcombing walks can potentially cure her “melancholia”. Soon, it’s apparent that Charlotte has been partially feigning her depression, and she seems as gifted as Mary in the discipline of fossil-hunting. An intimate relationship blooms, sparked by their mutual intellectual understanding and the possibility of Mary finally gaining recognition for her talents, assisted by Charlotte’s more elite social circle.

Early viewers of Ammonite have balked at the film’s deliberate pacing and have found the central romance to be lacking chemistry; perhaps it’s just a question of taste, but Lee provides us with enough contextual hints to help unveil his sometimes-taciturn characters, and show how the traumas they carry prevent reciprocal relationships from emerging. He’s immensely skilled at depicting the hesitancy many of us have about expressing our emotions, ignoring signals from the world that we can be loved. In spite of the centuries between then, Ammonite is an unlikely companion piece to God’s Own Country, in a newer realm of queer cinema where stories don’t have to end in shame or persecution. Ammonite may not reinvent the wheel, but in two features, Lee has proven himself a mature chronicler of hard-won love.

Ammonite is a co-production between the UK, Australia and the USA. It was produced by Iain Canning and Emile Sherman for See-Saw Films, alongside Stage 6, Cross City Films and Fodhla Cronin O’Reilly. Additional production support came from the BFI and BBC Films. International sales are by See-Saw’s sales arm, Cross City Films.

Pyramide selling A Good Man and Simple Passion at Cannes

Endowed with the Official Selection label, the films by Marie-Castille Mention-Schaar and Danielle Arbid spearhead a slate that also includes the upcoming Philippe Béziat documentary 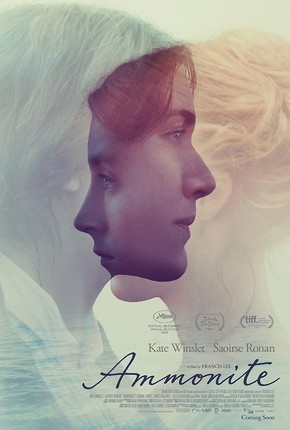 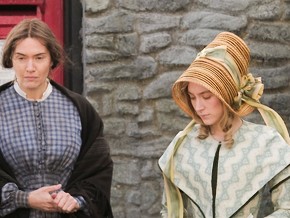 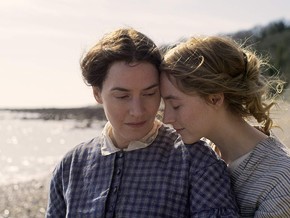