21/10/2020 - Albert Dupontel delivers an exciting and intense burlesque tragedy, a wonderful mainstream film laced with black humour and offering a caustic view on the digitalised woes of contemporary society

She’d like to go on living, but her days are numbered and now she dreams only of outpacing her illness so as to track down the child she gave birth to anonymously, 28 years earlier, as a teen. He, on the other hand, wants to put an end to his life at his place of work, to denounce a managerial misdemeanour. He fails, however, and finds himself pursued by the anti-terrorist police. Thus, thrust upon us, we find a hairdresser whose health has been decimated by salon sprays and an inhibited and depressive IT security specialist, the two of them united by highly improbable circumstances and constituting the alluring heart and soul of Albert Dupontel’s brilliant Bye Bye Morons [+see also:
trailer
film profile], which is released in French cinemas today by Gaumont, despite the reduced viewing opportunities arising out of the curfew that has been introduced in eight French cities, and in the Ile-de-France region, as a result of the health crisis.

In this sense, it’s a considerable and rather audacious release, which fits perfectly with the rebellious spirit of this director, who practices high-level, cinematic entryism in the guise of highly restrained "entertainment" comprising laughs, frenetic car chases, escape attempts, collisions and miraculous plot developments. He makes wonderful use of black humour to denounce the flaws of this modern world, which is sliding into the depths of technological absurdity à la Brazil (offering a direct shout-out to Terry Gilliam and several nods to his work which is, moreover, reminiscent of Dupontel’s burlesque-tragic style). But this doesn’t prevent us from feeling great affection for his characters, ordinary beings who are diverse and fragile, and who slowly transform into Don Quixote types, showing solidarity in adversity and in their search for love. It’s a cocktail of hectic adventures, almost cartoon-like in kind and bursting with twists and turns, which see our two protagonists Suze and Jean-Baptiste (played by Virginie Efira and Albert Dupontel himself) cross paths and receive help from a man who lost his sight as a result of a police blunder (Nicolas Marié) and an obstetrician struck down by Alzheimer’s (Jackie Berroyer).

Bye Bye Morons advances at jubilant-whirlwind speed in an urban environment where facial recognition, identity database linking and digital tracing are all an option (for those who enjoy the legal right to make use of them, or for those who know how to hijack them), and where pollution, bureaucracy, professional newspeak and communication deficiencies reign supreme.

Strewing its path with coded messages ("dead resource or living resource?") over the need to give children and the future a chance, and to acknowledge mortal aberrations (such as Suze’s autoimmune disease), the desire we feel to find our place within an unhinged society, and the vital importance of recharging our batteries by looking back over our energetic youth (cue a flashback to an exhilarating freedom dance set to the beat of Mano Negra’s Malavida), this film which is both highly accomplished and formally flawless, courtesy of its pace and the beautiful chiaroscuro effects created by director of photography Alexis Kavyrchine, has a stunning effect on the viewer, as if an invigorating and exhilarating breath of fresh air, blowing away the toxic cobwebs.

Bye Bye Morons is produced by Stadden Prod and Manchester Films in league with France 2 Cinéma and Gaumont, and is sold worldwide by Gaumont.

Zita Hanrot and Louise Chevillotte lead the cast of the filmmaker’s new feature, which is produced by Apsara Films and sold by Pyramide 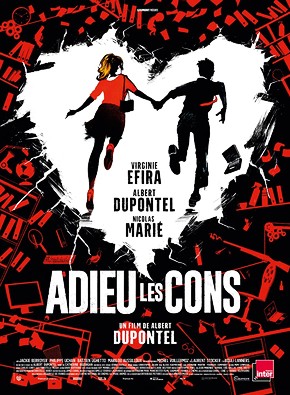 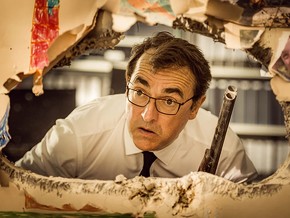 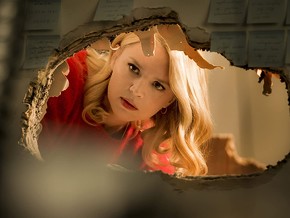 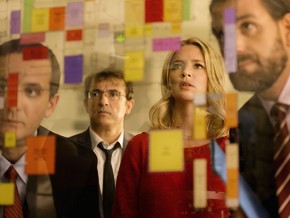 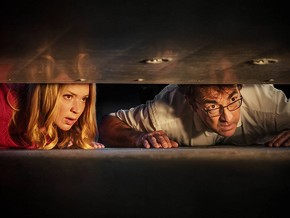 My Wonderful Wanda wins the Editing Award at this year's Edimotion

MIDPOINT Feature Launch 2022 is awaiting its next projects