Benjamin Lavernhe (right) and Kyan Khojandi in The Speech

Imagine a girlfriend who’s in the process of leaving you and isn’t replying to your messages, a seemingly never-ending family dinner, and a future brother-in-law who asks you to give a speech at his wedding, when your least favourite pastime is public speaking. This is exactly what happens in the space of one evening to 35-year-old Adrien, who’s right in the middle of an existential crisis in The Speech [+see also:
trailer
film profile], Laurent Tirard’s accomplished new film. It’s a comedy which advances at the pace of its protagonist’s stream of consciousness, which breaks down the fourth wall and which offers up a wild and fanciful mise en scène based around the universal themes of family, love and finding our place in the world.

On paper, it was more than a risky bet: one of Cannes 2020’s Official Selection titles screened at the 15th Rome Film Fest, the film is based upon the renowned French comic book artist Fabrice Caro’s novel of the same name, an introspective and unstructured text, seemingly impossible to transpose to the big screen. Yet Tirard, who also wrote the screenplay, does just this, and with aplomb, pulling together an excellent cast in the process. Monologues delivered straight to camera, conversations over dinner, a voiceover, flashbacks and psychological projections are all smoothly interspersed in order to convey Adrien’s chaotic mind (Benjamin Lavernhe) as he sits down to dinner with his mother (Guilaine Londez), his father (Francois Morel), his sister Sophie (Julia Piaton) and his brother-in-law Ludo (Kyan Khojandi).

It’s been 38 days since Adrien’s girlfriend Sonia (Sara Giraudeau) pressed pause on their relationship, with no explanation given. Just hours before going to dinner at his parents’ house, Adrien breaks the silence and send her a text… No reply. As his fellow diners wax lyrical about the advantages of underfloor heating, Adrien can think of nothing but his damned mobile phone, which refuses to ring. The only thing that momentarily distracts him from thoughts of Sonia is a request from his future brother-in-law to give a speech at his wedding (“do it for your sister, it would make her so happy”), providing him with yet another cause for unbridled anxiety and causing him to choke on his mother’s leg of lamb. To give the reader an idea of Adrien’s reluctance to give a speech, he even starts to fantasise over the death of the betrothed and the escape route this would offer. In the meantime, unable to wriggle out of his duties, he agonises over which words he should use and pictures his eventual “performance”: it turns out to be an opportunity for him to think about his life, his relationship with his sister, his own sentimental failings and the hypocrisy of family relations, as well as prompting some soul-searching of his own.

An arthouse comedy for the wider public, The Speech surprises for its eccentric, theatrical brainwaves; for example, the decision to assign each of the characters a UN interpreter to illustrate their inability to communicate. Adrien is awkward and neurotic; a hypochondriac with a broken heart who thinks only of himself. He might even be irritating, yet we find ourselves siding with him because of his humanity and his unabashed honesty, wearing his weaknesses and petty ways on his sleeve. All of this, shot through with a subtle sense of melancholy which lends depth to the story and resonates with the viewer.

more about: The Speech

Sara Giraudeau, Benjamin Lavernhe, Judith Chemla and Damien Bonnard star in the cast of the filmmaker’s first feature, which is produced by Epithète Films and sold by Pyramide 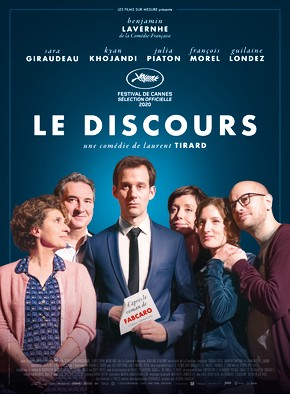 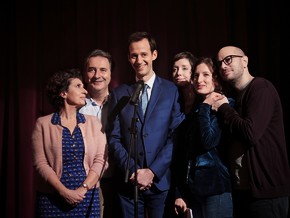 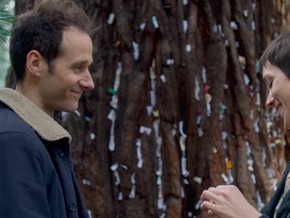 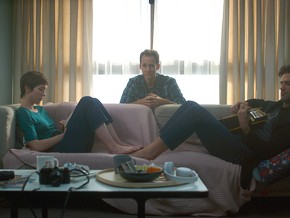 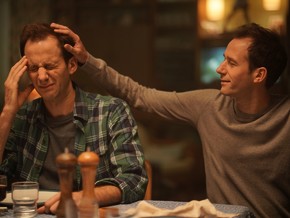 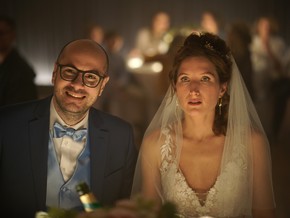 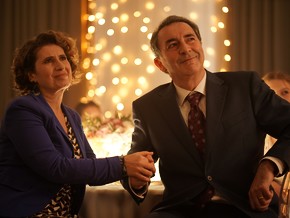 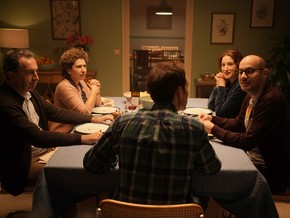 MIDPOINT Feature Launch 2022 is awaiting its next projects