22/10/2020 - João Botelho’s most recent film, now screening at São Paulo, is a cinematic adaptation of José Saramago’s book of the same name

The Year of the Death of Ricardo Reis [+see also:
trailer
film profile] is João Botelho’s most recent film and is a cinematic adaptation of José Saramago’s book of the same name. It’s a fictional story of the untold fate of one of Fernando Pessoa’s heteronyms: Ricardo Reis. After an early-October national release in Portugal, courtesy of NOS Audiovisuais, it is now screening at the São Paulo International Film Festival (22 October-4 November).

This is not Botelho’s first literary adaptation, but it is his first attempt at tackling Saramago’s literary universe. Saramago is well known for his unique writing style, and Botelho has done a staggering job of capturing the overall essence of this story. The script – and its visual representation – focuses on the general narrative and its linear aspects, creating a smooth, nicely predictable visual tale of the last nine months of Reis’ life. They are months in which he stayed in the Hotel Bragança, in a constantly rainy Lisbon, had romantic encounters with two different women, talked to Pessoa’s ghost and bore witness to the political events that were changing the European socio-political landscape in 1936.

Quoting Wittgenstein, as Saramago did in The Interruption of Death, might be a good starting point for understanding Botelho’s approach: “If, for example, you were to think more deeply about death, then it would be truly strange if, in so doing, you did not encounter new images, new linguistic fields.” Botelho has made use of cinematic formulas from the past – a contemporary noir revival – in order to create a unique universe where black and white, and death and life, meet and are looked upon in a refreshing, poetic, cinematic way – and this is, at the end of the day, a story about poets, after all. Botelho’s brilliant use of lighting not only emphasises the focus of Reis’ gaze, but also enables a clear view of the contrast between creator and creation: Fernando Pessoa (played by Luís Lima Barreto) and Ricardo Reis (Chico Diaz). The idea that underpins such a concept, of a heteronym that extends beyond the life of the real individual that created him, is beautifully portrayed in a film that plays with images and reflections, with bodies and shadows, and with fiction within fiction.

The representation of the layers of fictionality – and intertextuality – is enhanced by the use of special effects that are supposed to look a bit superficial, in the context of hyper-controlled, clearly thought-through scenes, with some meticulous attention to detail. This is a fitting stage for the text – a character in its own right – to come to life.

The lack of action resonates with the socio-political situation that serves as a backdrop to Reis’ return to Portugal in 1936 (the Spanish Civil War, the Portuguese dictatorship and so on). What matters in the end to this character and the film is the act of feeling, of thinking, of being (without maybe existing). His romantic connection with Lídia (Catarina Wallenstein) and Marcenda (Victoria Guerra) is thoroughly explored, with a gaze that emphasises how the main character perceives them: Lídia is represented in a dry, almost cold – but still intimate – way, whilst Marcenda is represented as a Cocteauian figure, and even from afar, her eyes and her subtle smile can fill the entire screen. Guerra’s exquisite performance is accompanied by an ensemble of great performers who brilliantly embody their characters’ essence.

Even though the ending might fall a bit short, creating an overly literal connection between the past and the present, where black and white fades into a coloured portrayal of a (new) life after death, where much has (and hasn’t) changed, this is still a worthwhile journey: a beautiful homage to one of the most renowned Portuguese writers.

The Year of the Death of Ricardo Reis was produced by Portugal’s Ar de Filmes and Brazil’s Raccord Produções.

more about: The Year of the Death of Ricardo Reis

João Botelho’s most recent film, now screening at São Paulo, is a cinematic adaptation of José Saramago’s book of the same name 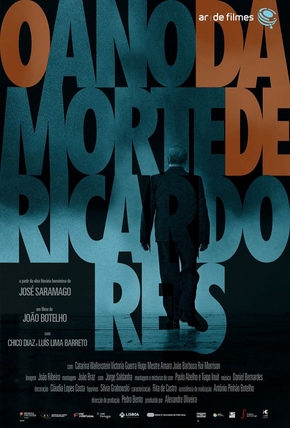 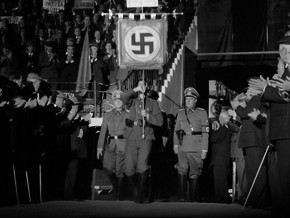 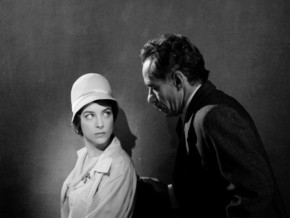