23/10/2020 - Bulgaria's Kamen Kalev plunges into timelessness and explores the union between man and the earth through a fascinating and austere environmental film, recipient of the Cannes 2020 label

The wind caressing the leaves, secret pathways in the undergrowth, streams and ponds we playfully throw pebbles into, expansive fields and deserted hills under the gigantic sky, steep cliffs on a island covered by swarms of seagulls, snowstorms erasing the landscape, sparrows and eagles, flocks of sheep escorted by dogs, a donkey pulling on a small cart — and in the middle of this kaleidoscope changing with the seasons, a child, a young man, an older-timer. The same person at three stages of an existence made of hard work, living in a nature shown in all its facets: its monotony, its harshness, its nuanced beauty and its power.

Such is the profound topic, anchored in a harsh realism that touches on existentialism, philosophy and mysticism, that Bulgarian filmmaker Kamen Kalev immerses himself in with his new work, February [+see also:
trailer
film profile]. Revealed in 2009 with Eastern Plays [+see also:
film review
trailer
interview: Kamen Kalev
film profile], the director returns with a new film, recipient of the Cannes 2020 Official Selection label, which has just had its market world premiere at the Mia Market in Rome and will soon be screened in Tokyo, Seville, at the Viennale and in São Paulo, among other places.

Structured in three parts, the film tells the life story of Petar, grandson and son of shepherds, then a shepherd himself, in the region of Razdel (a village in the south-east of Bulgaria, close to the Turkish border). We first see him as an eight-year-old child (Lachezar Dimitrov), entrusted for a summer to his taciturn grand-father (Hristo Dimitrov-Hindo) and faced with the everyday repetitiveness of the job (“when are we going back to the village?”, “couldn’t my brother come to replace me?”, “when are we going fishing?”), all the while exploring the surroundings alone, the unknown, the subtle sensations born from the contact with nature. Then comes the time of the wedding and of Petar (Kolyo Dobrev) going away to do his military service among the ranks of the People’s Republic of Bulgaria, his encounter with a soldier fan of poetry (“even if I die, I will reappear in the eye of a sparrow and I will look at you from a tree”), a trip to the Black Sea on the St. Ivan island and the realisation that his identity is intimately linked to his native land, to the profession of his ancestors and to the language of the fauna and the flora. Finally, Petar is an old man (Ivan Nalbantov) whose existence is in complete harmony with the rhythm of nature, where he prefers a very tough winter spent alone in the mountains with his herd, to the idea of meeting the other old people at the cafe in the village where his sister is ill. The cycle of man is of course also that of life and death, of time and its reincarnations, of its variations on the same theme, of “this endless corridor where all our ancestors are standing in a row”...

Wonderfully directed, with beautiful still shots doing justice to the splendours both rugged and tender of those natural spaces from which man is practically absent, February is enriched by some texts from Albert Camus, from the poet Boris Hristov and by a voice-over based on extracts from Kamel Daoud’s novel The Meursault Investigation. The film pays homage to very simple human beings who do not cheat with existence and who, on the humble and rough pathway they forge for themselves daily through the timelessness of nature, reach a state that allows them to perceive the subtle variations in nature and which can lead to a kind of mystical elevation. Kamen Kalev signs a very demanding but nevertheless successful work, both humanistic and environment-minded.

Produced by Bulgarian company Waterfront Film and co-produced by French company Koro Films, February will be released in France by UFO Distribution. Sales are handled by Memento Films International.

Bulgaria's Kamen Kalev plunges into timelessness and explores the union between man and the earth through a fascinating and austere environmental film, recipient of the Cannes 2020 label

The Bulgarian filmmaker has kicked off the shoot for his fourth feature, produced by Waterfront Film and co-produced by Koro Films

New films by Jean-Pierre and Luc Dardenne, Gianfranco Rosi and Fabrice Du Welz, among the selection 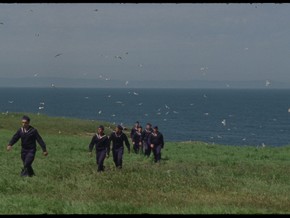 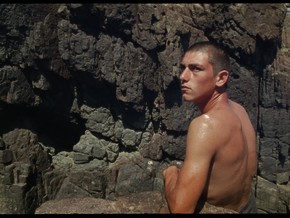 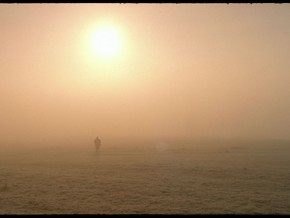