29/10/2020 - Jindřich Andrš's Ji.hlava opening film is a light-footed and warm documentary that follows a coal miner from Silesia who retrains to be a computer programmer after his mine shuts down

The first feature-length documentary by Czech filmmaker Jindřich Andrš, A New Shift [+see also:
trailer
film profile], which has just world-premiered as the opening film of the Ji.hlava International Documentary Film Festival and is competing in DOK Leipzig's newly established Golden Section, is a warm and light-footed affair that nevertheless inspects some timely social issues common to the whole industrialised world.

Tomaš is a 44-year-old miner whose coal mine, Peskov, in Silesia closes, forcing him to look for a new job. He opts to retrain as a computer programmer through the government-subsidised “New Shift” scheme. He starts enthusiastically: he cuts off his long hair, moves into a new flat and finds a girlfriend through online dating.

A likeable, straightforward and down-to-earth man, Tomaš enjoys watching the matches of his local football club, Branik, going to punk concerts and drinking beer. He keeps drinking in the same pub with his buddies from the mine and his elder brother, with whom there seems to be some competition going on. There, he is reminded again and again how his chances of finding a job in IT are slim: younger people, the so-called digital natives, have been on their computers practically since birth, while he spent 25 years underground.

Tomaš keeps sending his CV to various IT companies and keeps getting rejections. At the same time, his daughter (he also has two sons) whom he pays monthly alimony for gives him an unintentionally painful reminder that her mum's boyfriend will be providing for her if Tomaš doesn't find a job. As the pressure builds, even if it is only in his head, our hero finds a job in a factory storage room, which he hates. But some openings in IT seem to be appearing...

By far the most cinematic part of the film is the first segment, containing Tomaš's last shift at the mine: sooty faces of miners, industrial noises, fast lifts and carts containing coal in the semi-dark always make for good cinema. Andrš follows this with a stark contrast: an IT classroom at the Ostrava Technical University.

Closely following his protagonist with a predominantly hand-held camera (courtesy of DoP Tomáš Frkal), the director picks mostly bright exterior scenes, when the proceedings are not taking place in squeaky-clean IT offices where Tomaš goes for interviews or in his local pub. This keeps the atmosphere light, along with the protagonist's positive spirit despite the numerous obstacles in his way.

But A New Shift also gives the audience a good and well-informed opportunity to revisit interesting questions about the automation of work and its effects on society. It also sends a more universal message without being sentimental: that the new technological era does not necessarily have to mean the end of everything old... Or that an old dog can still learn new tricks, given a proper chance.

more about: A New Shift

The film, capturing the life story of two quinquagenarians against the backdrop of amateur autocross, will tackle “transformation frustration”

Celebrating its tenth anniversary, the international rough-cut training programme for documentary filmmakers will introduce the eight projects that took part in the 2020 edition

Dieudo Hamadi's film has picked up the Golden Dove in the International Competition, Lift Like a Girl won in the German Competition, and A New Shift took home the new Golden Section top prize

Jindřich Andrš's Ji.hlava opening film is a light-footed and warm documentary that follows a coal miner from Silesia who retrains to be a computer programmer after his mine shuts down 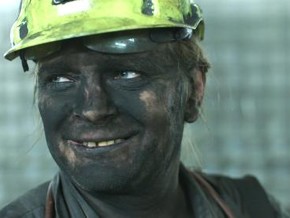 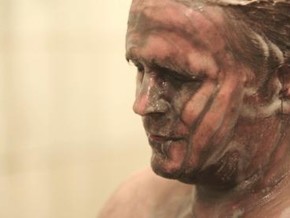 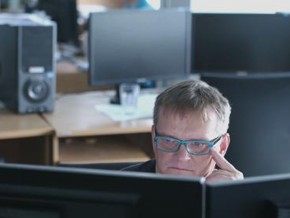 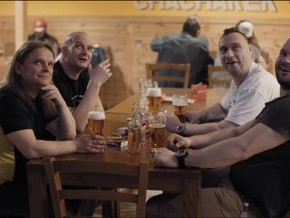 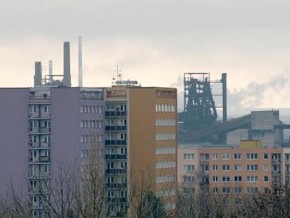