Most of the European film industry first heard of the Slovakian director Viera Čakányová when her experimental documentary FREM [+see also:
film review
trailer
interview: Viera Čakányová
film profile] screened in the Forum section of this year's Berlinale. Filmed entirely in Antarctica, the film aimed to present the point of view of a non-human protagonist, that is, an AI. Now, Čakányová has won the main prize in the Opus Bonum competition of Jihlava with White on White [+see also:
trailer
film profile], an accompaniment of sorts to her previous film.

When she was filming FREM, Čakányová was also running a video diary, and this film is the result of it. Again a mix of the documentary and video essay forms, it feels less experimental but is no less creative. In many ways, it represents the human experience of staying at the Polish Antarctic research station for two months, as opposed to the experience of an AI drone.

The director makes sure we are aware of this distinction at the very beginning of the film, through an insightful and often humorous chat with the AI (that she refers to a "artificial neural network" rather than "intelligence") named ann_w. It would be a pity to spoil this amusing philosophical exercise for future viewers, so it suffices to say that it deals with the meaning of existence as perceived by a machine. We also learn that, from a purely thermodynamic point of view - certainly a crucial one in an environment like Antarctica - Lars von Trier is a very successful director.

Čakányová refers to her conversation with ann_w throughout the film, which soon after the first act turns into a phantasmagoric viewing experience. She is not alone at the research station, as from time to time we see scientists fixing a satellite antenna and conducting their work, but the viewer has little doubt as to how the filmmaker perceives this particular kind of solitude. With her own voice over, she tells us about her thoughts, ideas and conclusions, in a free-wheeling, associative way.

Visually, White on White can be considered a polar opposite to the approach of FREM: the human element is absolutely present. In several instances, we see Čakányová’s hands setting the lenses or changing the focus, and one of the lenses appears to be covered with some sort of debris. This lens is most often used to film icebergs, and the black blemishes stand out against the all-white background. It is impossible to say how intentional this is, but it inevitably brings back memories of movies converted from film tape to a TV format, when often a hair would end up in the corner of the screen, reminding us in a surprising way of the changing role of technology.

The use of sound is similarly creative, especially in segments where the director uses the images from China, where she was location-scouting earlier, together with the sound recorded in Antarctica. The idea comes from her dream, but she takes it and runs with it, probably experimenting with her own perception to start with, which is very refreshing. The playfulness in the experimentation is quite well balanced and helps obscure some of the not fully developed aspects of the film.

Čakányová's film is much more personal than the previous one, but deals with the same themes: global climate change, the influence of the human race on the planet and the consequences it has, the relation between humans and machines and how they feed each other's preconceptions. Many of these are obvious, but the context in which Čakányová presents them provides a new starting point for reflection. Even more of those themes are set up in a sobering way, from a perspective one can only gain in such extreme circumstances as staying in Antarctica for two months.

White on White is a co-production of Slovakia's Guča and Czech Republic's Marina Films. DA Films has the international rights.

more about: White on White 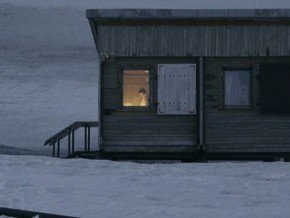 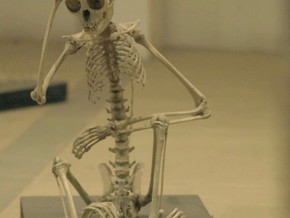 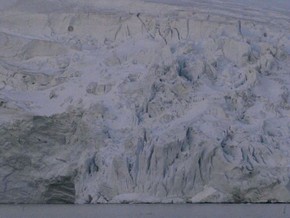 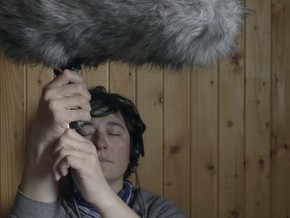 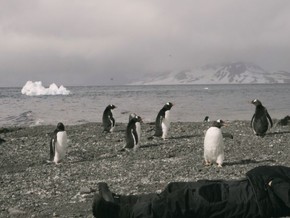