09/11/2020 - David Martín de los Santos makes his fiction debut with a humble, emotional and intimate film whose subtle subject-matter is shored up by the acting abilities of the great Petra Martínez

Petra Martínez and Anna Castillo in That Was Life

The director’s experience in the field of documentary cinema can be glimpsed in the folds of his first work, an intimate and emotional drama which doesn’t yield to commercial demands for a bog-standard and accommodating form of cinema. Instead, Martín de los Santos opts for risk and truth as he paints the portrait of a character whose age would usually prohibit a lead role in a film for the big screen: here, with all her typical naturalness, Petra Martínez lends the main character the energy and mind-set she so needs.

That Was Life sees the actress playing María, a woman living in Belgium where she emigrated to in her youth and where her family has settled. When a health issue arises, she is admitted to hospital and it is here that she meets Verónica, another girl also suffering from a heart condition (played by Anna Castillo, the acting revelation of Icíar Bollaín’s The Olive Tree [+see also:
film review
trailer
interview: Icíar Bollaín
film profile]). In true buddy movie style, they don’t always see eye to eye to begin with, but a relationship slowly develops between them which ends up appeasing their reciprocal loneliness and which becomes a mirror in which each of them see themselves.

This encounter with Vero marks the beginning of the physical and psychological journey embarked upon by Maria, which will take her to Spain and, crucially, will see her circumnavigate her deepest desires, dreams and frustrations. The camera wielded by Santiago Racaj (The August Virgin [+see also:
film review
trailer
interview: Jonás Trueba
film profile]) follows Maria in her odyssey across the arid lands and beaches of Almería, and in the joy and the suffering experienced by this woman who wasn’t given the chance to reach her potential and live her life to the full in her youth.

In this sense, That Was Life is a respect-filled and affectionate homage to a generation of castrated women who grew up under the expectation of subservience and were raised to play a secondary role in their very own lives. This lends a certain sense of sadness and melancholy to the film, but it also shines a beam of light onto the possibility of reinventing oneself, of pushing ourselves forwards and making the most of each and every second, because for each of us, life is what we freely and truly desire, even if it costs us a great deal.

That Was Life is produced by Lolita Films, Mediaevs, Magnética Cine, Smiz&Pixel, Featurent and La vida era eso AIE. The film is distributed by Elamedia and is sold worldwide by US firm 34T.

more about: That Was Life

"It’s important to make films based upon truths"

David Martín de los Santos makes his fiction debut with a humble, emotional and intimate film whose subtle subject-matter is shored up by the acting abilities of the great Petra Martínez 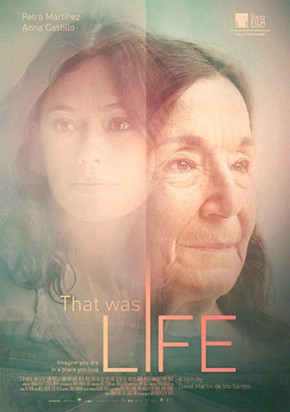 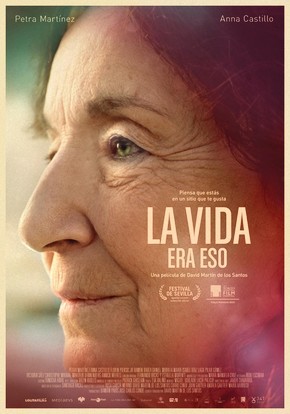 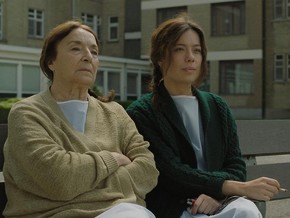