13/11/2020 - Pierre Deladonchamps dazzles as a seductive and dangerous vagabond, the troubling protagonist of Peter Dourountzis’s first feature, a social thriller about the role of the individual

He’s a man who conceals his identity and who doesn’t have a home, a parka-clad vagabond who’s just been released from prison and who doesn’t think twice about worming his way, more or less intrusively, unashamedly and with ambivalent charm, into the interstices of other people’s conversations and lives, asking for small favours: a cigarette, a phone call, a bed for the night… But bad karma encircles this man, his shadowy side ready to burst forth at any moment… This is the dangerous protagonist, based upon the criminal trajectory Guy Georges (the French rapist and serial killer sentenced in 2001), of French filmmaker Peter Dourountzis’ first feature film Rascal [+see also:
trailer
interview: Peter Dourountzis
film profile], a work which has been awarded Cannes’ Official Selection label and whose screening at the 17th Seville Film Festival (within the New Waves line-up) marks yet another stop on an already chock-a-block festival journey (encompassing Angoulême, Hamburg, Busan, Namur, Lyon, Thessaloniki).

To weave a story around a character of this kind (which has already been attempted from the perspective of a police investigation in SK1 [+see also:
trailer
film profile]) without falling into the trap of complacency was far from a safe bet, but Peter Dourountzis had several cards up his sleeve to help keep his film hanging on a knife edge. Drawing on the years he spent working within the French SAMU Social (a structure providing support to excluded persons), the filmmaker has endowed Rascal with a very realistic social dimension to underpin its thriller exterior, immersing himself in the underbelly of urban Paris with real credibility. This is a world on the fringes of society, replete with train station thugs, workers contending with extreme precariousness, people sleeping rough or hiding in launderettes, and squatters and activists seizing basic necessities. But the director has the decency to keep any violence off camera and, crucially, the film benefits from a top-drawer actor in the form of Pierre Deladonchamps, who is brilliant in his portrayal of a hugely ambiguous character who playfully treads the line between empathy and suspicion, and attraction and rejection.

Following step by step in Djé’s worrying wake as he makes his way through the city and enjoys various chance encounters, especially that with Maya (Ophélie Bau), Rascal doesn’t look to provide cheap psychological explanations of the blurry boundary between the character’s humanity and his criminal raptures, of why he can be loving at times but then aggressive at others. Behind the surface-level smiles and the opaque veil of the film’s lead character, it’s more a portrait of the extreme poverty plaguing modern-day, urban life ("times are hard") that Peter Dourountzis offers up, leaving viewers free to their own interpretations. But this, without forgetting one crucial message: "Ladies, avoid travelling home alone at night. Make sure someone walks you home or take a taxi. Don’t isolate yourselves. Avoid dark side-streets. If you’re followed, seek help in a shop or a bar."

Produced by Sébastien Haguenauer for 10:15 Productions, and co-produced by Tripode Productions, Rascal will be released in France on 13 January 2021 courtesy of Rezo. International sales are steered by Kinology.

Sylvie Audcoeur wraps the shoot for An Ordinary Mother

Karin Viard, Darren Muselet and Samir Guesmi stand out among the cast of this feature debut, produced by Tripode and Incognita, and sold by France TV Distribution

The D’Innocenzo brothers’ Bad Tales has snagged the Spirit of the Festival Award, whilst Estephan Wagner and Marianne Hougen-Moraga’s Songs of Repression was crowned Best Documentary

Pierre Deladonchamps dazzles as a seductive and dangerous vagabond, the troubling protagonist of Peter Dourountzis’s first feature, a social thriller about the role of the individual

Shining bright among the nine titles in the French agent’s line-up are Rascal by Peter Dourountzis and Beasts by Naël Marandin, awarded the Official Selection and Critics’ Week labels respectively 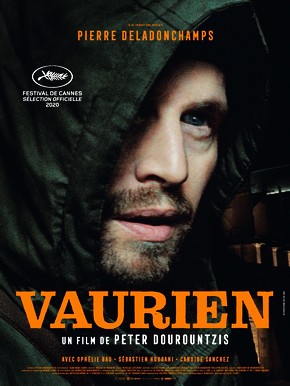 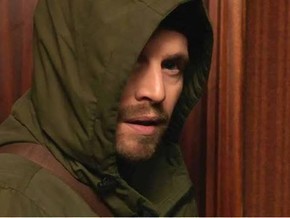