13/11/2020 - Awarded the Nocturno New Visions Prize at Trieste Science+Fiction 2020, Mathieu Turi's horror will have you hyperventilating from claustrophobia

There are few things as fitting as the simple fact that there is a sales company called WTFilms behind Mathieu Turi's latest, recently shown and awarded the Nocturno New Visions Prize at the Trieste Science+Fiction Festival. But while Meander [+see also:
interview: Mathieu Turi
film profile] is, indeed, a proud representative of the WTF variety of films, it's also pretty good and positively creepy. Nevertheless, comparisons to Saw and Cube are pretty much unavoidable, as once again, a group of people are stuck somewhere unpleasant in order to rethink their behaviour, or maybe just to start appreciating life again.

That's exactly what happens to Lisa (Gaia Weiss), who, after accepting a car ride from an unknown man (Finland's Peter Franzén, sporting his best American accent), wakes up alone in what appears to be a tube. The driver looked exactly like a dangerous murderer described on the radio mere minutes before she blacked out, but her respite doesn't last long – there is an odd, shiny bracelet on her wrist, with a countdown, and soon enough, she needs to try to crawl her way out of the place, which is full of deadly traps and very long tunnels.

Although a bit familiar (did we mention Saw and Cube already?), Meander is effective, scary and actually a lot of fun, with the sound of Lisa's heavy breathing accompanied only by the signals of yet another danger approaching as she proceeds to explore the weird construction. She encounters other unwilling – and rotting – visitors along the way, some of whom need to be manually dismembered in order for her to pass.

Why she wakes up in a fetching Barbarella outfit with her blond hair styled in elaborate braids, well, that's never really explained, but Lisa is there for a reason, unable to let go of a painful loss that took over her life way before she got in that car. Turi, who debuted with Hostile [+see also:
trailer
film profile], is clearly interested in a lone, for the most part at least, fight for survival, and sadness that goes away only in the face of numbing pain – not to mention that there really aren't many things as scary as realising that someone has put you in some dark labyrinth with no way out and plenty of nasty mechanisms just waiting to do something unspeakable to that dragging limb. There is no avoiding the occasional hiccup that comes with a sentimental ending or Lisa's tendency to (loudly) jinx her own actions, but damn, it's exciting sometimes. Just don't get into cars with strangers, people. Please.

Meander was produced by France’s Fulltime Studio, Cinéfrance Studios and One Bird Films. It is distributed by Altitude Films (UK) and Alba Films (France). Its world sales are overseen by WTFilms.

“There is this animal instinct that kicks in, and you don't even know why”

Claustrophobics beware, as the French director invites you on a journey into a tight, enclosed space

Awarded the Nocturno New Visions Prize at Trieste Science+Fiction 2020, Mathieu Turi's horror will have you hyperventilating from claustrophobia

The biggest Italian sci-fi event will unspool between 29 October and 3 November, both in Trieste and online, showcasing Archive, Mortal, Skylin3s and the series SF8 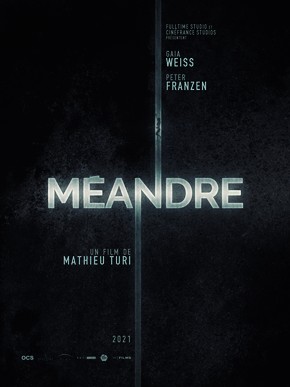 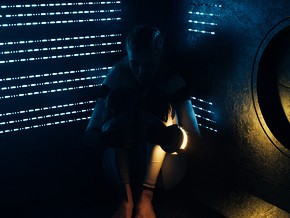 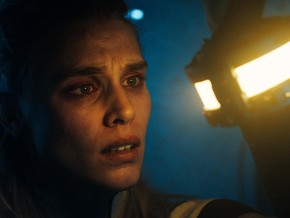 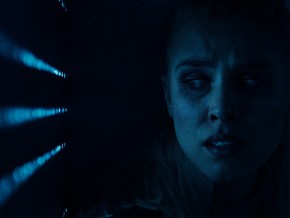