One of the very few Romanian LGBTQ+ features, Eugen Jebeleanu’s Poppy Field [+see also:
trailer
interview: Eugen Jebeleanu
film profile] met international audiences on Sunday night in the First Feature Competition of the 2020 Tallinn Black Nights Film Festival. The film, penned by Ioana Moraru, puts a fictional spin on an event that happened in reality in Bucharest, where several screenings of LGBTQ+ films have been sabotaged by anti-gay protesters over the last decade. Jebeleanu’s film uses this premise (also explored in Dan Chişu’s Warsaw-selected 5 Minutes Too Late [+see also:
trailer
film profile]) in order to explore a crisis in the life of a homosexual gendarme.

One of the movies whose screenings were hijacked by anti-gay protestors was Ivana Mladenovic’s award-winning feature debut, Soldiers. Story from Ferentari [+see also:
film review
trailer
interview: Dawid Ogrodnik
interview: Ivana Mladenovic
film profile], which also explores the stark contrast between a liberal milieu and one that is so traditional that it stifles any chance for a decent life as a gay person. The story of Poppy Field is built on a similar contrast, that of finding happiness as a gay individual while working in an extremely macho environment – for example, Romania’s Gendarmerie. Everything begins when protagonist Cristi’s (Conrad Mericoffer) two separate lives collide: while on a mission in the cinema hosting the aforementioned screening, he is recognised by a former lover, who threatens to tell everyone around them that Cristi is actually gay.

At a running time of 81 minutes, there is almost nothing left to chance in Jebeleanu’s film. We see Cristi’s strained relationship with his long-distance lover Hadi (Radouan Leflahi), who is visiting from Paris, and the conflictual relationship that the protagonist has with his sister (Cendana Trifan), who brings Cristi some homemade food as a very transparent pretext to meet Hadi and get a glimpse of Cristi’s mysterious love life. At every moment, we see a shadow looming over the protagonist, and it darkens even further when we meet Cristi’s colleagues (very good ensemble performances from Alexandru Potocean, Rolando Matsangos, Alex Călin, Ionuţ Niculae and George Piştereanu). Who on earth could be openly gay while spending eight hours a day with those guys?

The film analyses three types of approach to LGBTQ+ matters. One of them is that of the anti-gay protestors (with Mihaela Sîrbu very easily recognisable as the most vocal of them), who do not shy away from harsh words such as “abomination” and “perversion”; another is that of Cristi’s colleagues, for whom gay people apparently do not even exist; and the other is that of the cinemagoers who paid for a ticket to watch the LGBTQ+ film. Slap bang in the centre of them all is Cristi, whose vantage point (and questionable choices) may easily suggest how far behind Romania is in terms of accepting the LGBTQ+ community.

As we said, there is almost nothing left to chance in Poppy Field, but this comes with a flaw that may rile the audience: the film feels highly artificial in terms of its pace and the elements that come centre stage. Regardless of the good intentions, one may find oneself wishing for a more lifelike approach and not that of a symphony where every instrument plays the same note. Nobody changes, and the messages do not evolve: the protestors stay the same, Cristi stays the same, the gendarmes stay the same. This is without doubt a choice by both the screenwriter and the director, a decision made in order to suggest how hard it is to break free from such an environment, but one may end up wishing that Cristi would put up more of a fight in his struggle as a gay man.

Poppy Field was produced by Romania’s Icon Production. The feature is being handled internationally by Patra Spanou Film.

The story, written by Ioana Moraru, follows a closeted gay gendarme whose life spins out of control after a homophobic protest 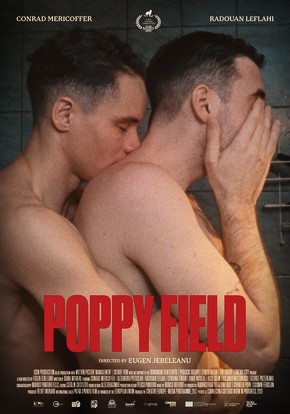 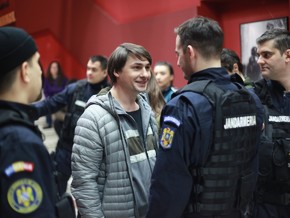 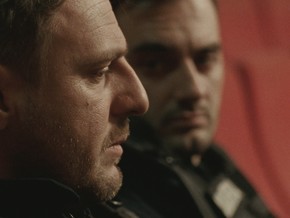 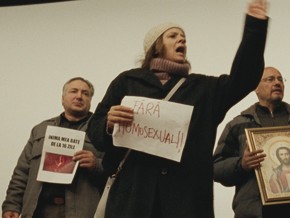 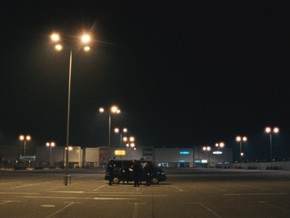