18/11/2020 - In his debut feature, Frédéric Hambalek explores a mother’s self-devised form of therapy for her son’s dark sexual fantasies

Can a glitch in someone’s nature be fixed by nurture in the form of therapy? In his debut feature, Model Olimpia [+see also:
trailer
film profile], German director Frédéric Hambalek digs deep in order to find the answer to this question. The movie premiered in the First Feature Competition of the Tallinn Black Nights Film Festival.

Hamabalek, serving here as the writer, director, one of the producers and one of the editors, opens his film with something resembling a psychotherapy session: a young man in his twenties speaks, while a woman in her late forties or early fifties listens to him carefully, posing some additional questions. The encounter ends with her showing him some headshots of random young women, asking him to imagine details of their lives. One scene later, it is clear that this is not your average therapy session: the apartment is the same, and both of those two individuals are living in it. The “therapist” is the young man’s mother.

However, they do not get any mellower or more “normal”, and he occasionally acts on them. The only presence that seems healthy in his life is his new neighbour (Mathilde Bundschuh, frequently seen in various German crime TV shows, like Krimi.de, and the various incarnations of the SOKO series), but her “liberal” lifestyle does not sit well with the mother. Could the son possibly develop some healthy romantic feelings on his own before it is too late? Could the change in the mother’s approach to therapy, which occurs roughly halfway through the film’s slender 89-minute running time, help?

Model Olimpia (the title of which works well as a reference to Alexander the Great’s reportedly domineering mother) is definitely a brave film. Hambalek, whose career up until this point has consisted of several shorts, does not shy away from the most unpleasant aspects of dark fantasies and mental illness, but still, he does not encroach even a little bit on the territory of exploitation. His primary interest is to study the dynamics within the mother-son relationship, the concept of curing something that might be incurable and the intention to help even when it can actually do more harm than good. Instead of cheap shocks, he opts for an intellectual, somewhat cold and dry form of observation from a distance, bolstered by some controlled, rock-solid acting performances. The coldness is also amplified by the colour palette in Alexander Griesser’s cinematography, while the shapes are softened, making Model Olimpia a visually polished, stylistically coherent work of cinema.

In his debut feature, Frédéric Hambalek explores a mother’s self-devised form of therapy for her son’s dark sexual fantasies 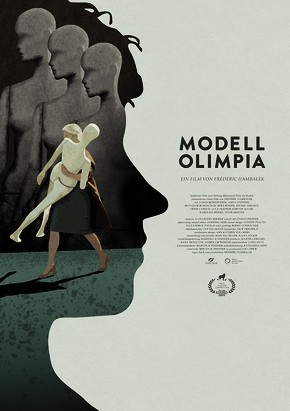 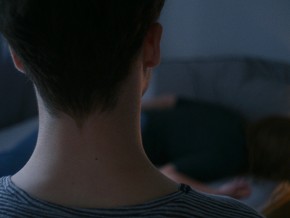 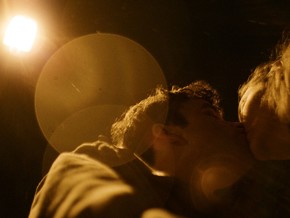 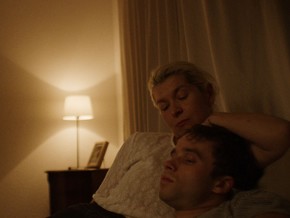 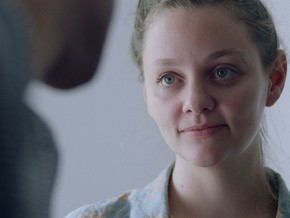 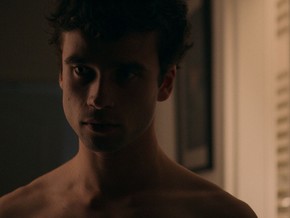