Based in Berlin, Swiss director Oliver Rihs (mostly known for his cult film Black Sheep and for 2014’s Ready, Steady Ommm!, which enjoyed resounding commercial success for a Swiss film) uses his latest work Caged Birds [+see also:
trailer
film profile], which was presented in an international premiere at Tallin’s Black Nights Film Festival and selected for the Camerimage Festival’s International Competition, to explore a key period in Switzerland’s history.

Known for being the cradle of human rights and praised for its stability and integrity (as well as its rather bothersome reputation for chocolate box scenery), the Swiss Confederacy also conceals some darker moments within its past which have, over time, proved necessary drivers of the freedom that we take for granted today. And it is precisely this period of the 1980s, with its fierce protests and social uprisings against the restrictive and smothering nature of everyday life, which Oliver Rihs explores in the present film. Emblematic of these struggles, albeit motivated by very different causes, are the radical lawyer Barbara Hug who fights for prisoners’ rights with a view to securing an overhaul of the antiquated and inhumane penitentiary system, and the “Fugitive king” Walter Stürm, a symbol of an uncompromising, extremely left-wing outlook.

Based on real events, the film recounts the meeting of these two complex characters who are driven by the same desire: freedom - but it doesn’t hold the same meaning for both of them. Whilst lawyer Hug believes that freedom cannot exist outside of a utopian world grafted onto a socio-political landscape which isn’t always entirely friendly, Walter Stürm - known for his tongue-in-cheek crimes which laugh in the face of the privileged world into which he was born, as well as his successive jailbreaks - sees it as a veritable way of life, a raison d’être: escaping from prison allows him to escape his own self, to get away from his privileges, the original sin with which he is branded and which goes by the name of “middle-class”.

The real-life characters on which the film is based already hold plenty of intrigue, but Caged Birds also benefits from two actors who confer all the gloss of the Swiss celebrity world: Joel Basman, Best Actor at the Swiss Film Award thanks to Wolkenbruch’s Wondrous Journey Into the Arms of a Shiksa [+see also:
trailer
film profile], and the wonderful Marie Leuenberger, named Best Actress for her performance in The Divine Order [+see also:
film review
trailer
interview: Petra Volpe
film profile]. Aesthetically well-matched, this acting pair breathes life into two strong characters who are subsequently burned onto our brains for a very long time. Refreshing for her ability to act without mannerisms, as well as for drawing on her unusual, magnetic appearance, Leuenberger helps to create a character who’s both determined and exposed; a character who’s light years away from gender cliches and who has to contend with an elusive alter ego (Stürm) who presents her with an ideal, though distorted, image of herself. Caged Bird reminds us of the degree to which our present is indebted to a past composed of “ordinary” people who knew how to follow their own ideals, to the point of becoming extraordinary; “beautiful losers” who have won us a freedom which we should never take for granted.

Mainly produced by Zurich’s Contrast Film (whose team-member Ivan Madeo is also one of the movie’s co-screenwriters, alongside the director himself, Dave Tucker, Norbert Maass and Oliver Keidel), the title was shot in Switzerland, Germany and Spain, and is co-produced by Berlin-based Port au Prince and Stuttgart’s Niama Film, together with SRF Swiss television/SRG SSR, Teleclub AG, ARTE, Bayerischer Rundfunk and Hessischer Rundfunk. ARRI Media are steering international sales, while the film’s release in Swiss cinemas is planned for 14 January courtesy of Ascot Elite, and that in German cinemas scheduled for the later date of 25 February, via Port au Prince (Covid-19 permitting). 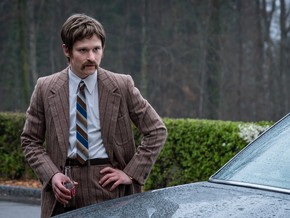 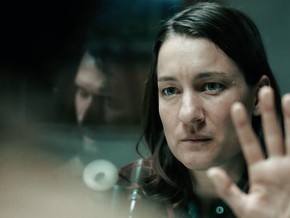 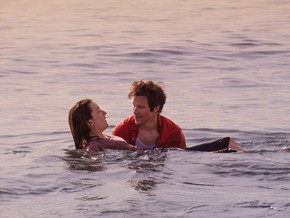