Cineuropa was lucky to see Jivan Avetisyan’s latest film. Initially set to premiere at this year’s Moscow International Film Festival, international war drama Gate to Heaven [+see also:
interview: Jivan Avetisyan
film profile] was scrapped from the non competitive strand “to avoid clashes between Armenians and Azerbaijanis in Moscow” as a “precautionary measure linked directly to Karabakh,” as reported in September by Kirill Razlogov, the festival’s director of programming. Before working on this project, the Gyumri-born, Artsakh-raised filmmaker directed over 20 documentaries and shorts as well as two features, Tevanik and The Last Inhabitant.

The story, penned by the helmer himself, is set in April 2016 and follows the vicissitudes of Robert Sternwall (Richard Sammel), a German war journalist and talented photographer working for the Berlin Post. The man learns about the resumption of military actions in Nagorno-Karabakh and leaves the country to cover the conflict. Through his investigations, Robert meets opera singer Sophia Marti (Tatiana Spivakova) who is the daughter of Edgar Martirosyan, a man he abandoned and left in captivity back in 1992. As their romance blossoms, Robert’s guilty conscience slowly engulfs him, and he must face the truth of his past actions. Meanwhile, his editor-in-chief tasks him with preparing a grand exhibition to celebrate his photojournalistic work, which is set to take place in Berlin very soon.

The most striking aspect of Avetisyan’s work is certainly the psychological depth of its main characters, in particular that of Robert and Sophia. Robert is a veteran in his field, incapable to achieve a good work-life balance, tremendously stubborn and characterised by a complex personality; meanwhile, Sophia is shown in all of her fragility and seems to believe in the healing power of music. Their romance is staged with no sugarcoating, but still with an adequate, credible level of tenderness and passion. In more general terms, the well-written lead characters are backed by solid interpretations and a good supporting cast. Worth mentioning in this respect are the performances from Sos Janibekyan (playing a local journalist accompanying Robert during his investigation), Leonardas Pobedonoscevas (Sophia’s partner) and Benedict Freitag (Robert’s editor-in-chief), whose appearances – brief but incisive enough – contribute to disclose part of the two leads’ backstories. The resolution of the plot is ultimately convincing and filled with an adequate dose of melancholy and poetry. Throughout the film, the war is present but in the backdrop, as a sort of catalyst capable of disrupting all the characters’ stability and opening their most intimate struggles.

The narration and the intense psychological depth of the drama is further enhanced by a gripping score composed by Italy’s Michele Josia and a beautifully crafted cinematography lensed by Lithuania’s Rytis Kurkulis, excellent at depicting the omnipresent contrast between the arid land of Nagorno-Karabakh, ravaged by war, and the stunning warmer scenes set in rural and urban environments, where precious moments of normality – and romance – can be still experienced.

more about: Gate to Heaven

The international war drama, co-produced by eight countries, will star Richard Sammel in the lead role

This second funding session will distribute a total of €781,153 aimed at supporting the development and production of 34 new film projects 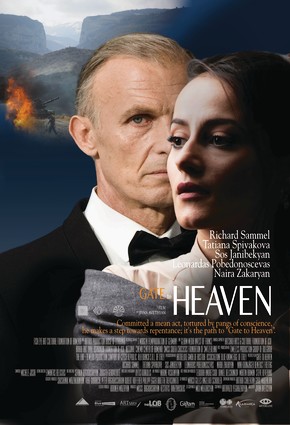