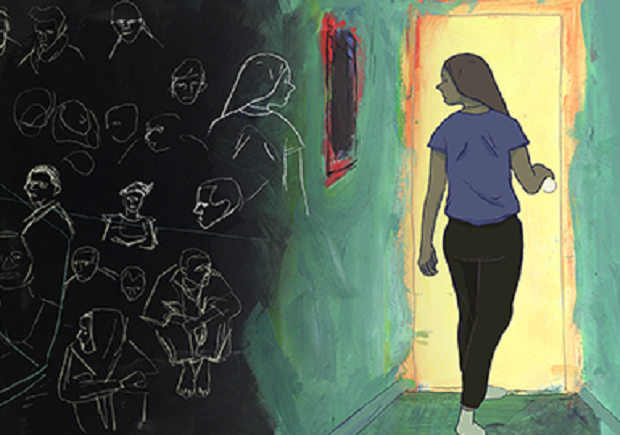 From 32 candidates coming from 17 countries, three feature debut projects were selected and will therefore benefit from three months of graphic development assistance in residence at Annecy from 5 April to 27 June 2021. Among them is Piece from Irish director Alan Holly, a contemporary animated drama about societal pressure and anxieties and their impact on young people, shown through seven teenagers who question themselves and the world around them.

Also selected is French project Le Cœur à danser by Pierre Le Couviour and Amine El Ouarti, set at the heart of Brittany and centred on a young woman determined to organise, all by herself, a big party celebrating the return of the village’s men, who had gone to war. But nothing indicates that her father will be among them… Her encounter with the myth of Ys will show her the way.

Another selected project is Indian film Heirloom by Upamanyu Bhattacharyya, a family tale telling the story of the life and rise of the young Solal across nearly 50 years, and paying homage to centuries of Indian textile traditions.

Directed by CITIA, organiser of the Annecy International Animation Film Festival, the residency is supported by the Auvergne-Rhône-Alpes region, the Haute-Savoie department, the CNC and France Télévisions.