There’s a camera composition that Final Report [+see also:
trailer
interview: István Szabó
film profile] constantly returns to, which when described, sounds like the set-up to a joke. At many instants through the story, we see the oddly droll image of a doctor (Klaus Maria Brandauer) and a priest (Károly Eperjes) sitting across from one another on a rickety sailboat balanced precariously on a small, marshy lake. Dry remarks are traded, their boat a sanctuary from their small Hungarian village which they’re united in their hatred for. This alternately condescending and wry tone suffuses all of Final Report, István Szabó’s latest feature in a decorated career now entering its seventh decade. Released back in February in its originating country of Hungary, it had its international premiere yesterday in Tallinn Black Nights’ main competition.

Final Report is very much a “late” film, a self-conscious, self-referential work acting as a summative account of its filmmaker’s lifelong project. Szabó commenced his career with small-scale dramas about Hungarian life, before tilting into more ambitious projects like Mephisto (for which he won a Best Foreign Language Film Oscar) and Colonel Redl with his muse, German actor Klaus Maria Brandauer, in tow. Brandauer returns here in the role of a recently laid-off medical professor, forced to return to his home village to take up work. The analogue to Szabó’s own status in the film world is unmistakable, and the “final report” is as much the filmmaker’s on the state of society today, and particularly modern Hungary, as it is of his sprightly, passionate lead character.

The opening stretch of the film is the strongest, playing out like a peppery bourgeois comedy of late-in-life humiliation, like those typically made in Britain recently, with their greying thespian royalty (Le Week-End [+see also:
film review
trailer
film profile], The Lady in the Van [+see also:
film review
trailer
film profile]). Brandauer (whose character’s name, Ivan Stephanus, is a nod to the director) is absurdly downsized as if he were a professional a quarter of his stature – there’s too much funding given to medical research, apparently. His wife (Dorottya Udvaros) is a famed classical opera singer, pointedly another industry requiring state subsidy. Ivan’s only option is to return as the local doctor to his home village, where his father practised (Szabó’s own father was also a doctor).

What follows is where the indulgent nature of this film comes to light: in the village, he’s met with more disdain and jealousy, finding an opponent in the slick local mayor (András Stohl), who won’t pay for vital medical equipment and wants to turn the locale into a bland tourist trap. Many great self-referential films have an element of auto-critique; here, Ivan is almost a deified figure who represents all that is good and worldly, the last bastion against a country sick to its soul. In the most regressive touch, women beyond his wife, from his medical assistant to a church choirmaster (Éva Kerekes) known patronisingly as “Singing Erszi”, fall into his arms, denoting him as the local Lothario.

Final Report is sincere in its purpose, wanting to draw a line from the broader political awareness of Szabó’s prior work into contemporary social criticism, all with a Wild Strawberries-esque poetic dusting. But its flaw is in allowing a witty joke at corruption’s expense to slide into a more self-satisfied lecture.

“If one would still like to be with others in the future, the cinema will remain”

Decorated Hungarian filmmaker István Szabó enlightens us about his melancholic and comic Final Report, which has just had its international premiere at Tallinn Black Nights

The filmmaker's first feature, starring Ákos Orosz and Mari Nagy, will be presented at Connecting Cottbus's Work in Progress. A production by Filmfabriq and FP Films sold by the NFI World Sales 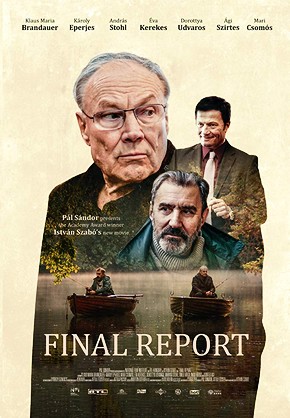 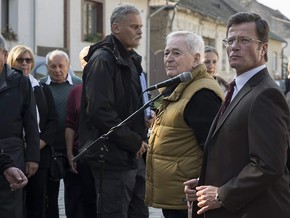 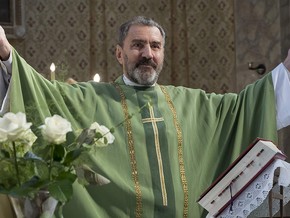 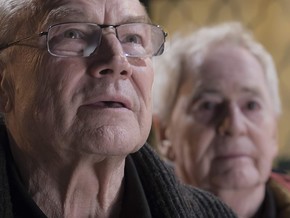 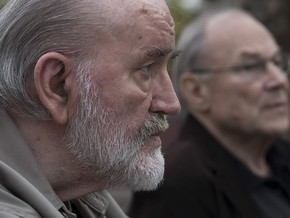 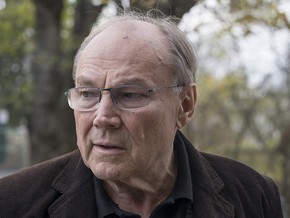 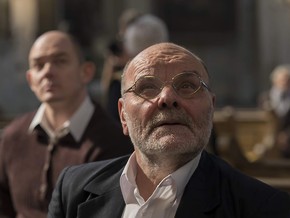 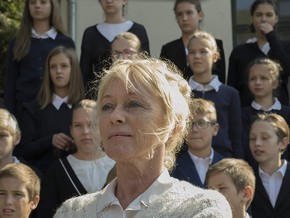 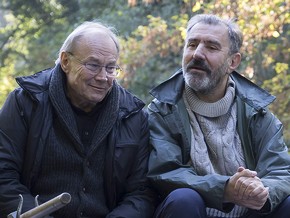 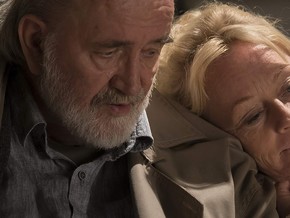 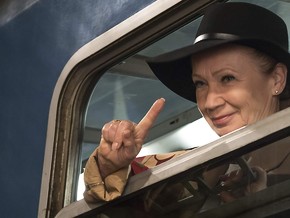 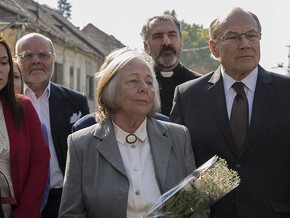