Elyas M'Barek and Lavinia Wilson in What We Wanted

Recently named as Austria's Oscar submission and set in Sardinia, Ulrike Kofler's Netflix drama What We Wanted [+see also:
trailer
film profile] is certainly glossier than your usual couple’s psychodrama. It's sleekly shot and finely acted, and yet not exactly a memorable proposition, indeed probably much better suited to streaming than a theatrical release.

Opening, brutally enough, with a married pair (Lavinia Wilson and Elyas M'Barek) losing yet another pregnancy, the verdict is in: “After a fourth attempt, I always suggest taking a step back,” says their gynaecologist, before suggesting a nice holiday. Soon enough, off they go, but the promised time of bliss and relaxation is interrupted by some exceptionally noisy neighbours, holidaying with the whole family. It's hard to say whether it's just annoying or really damned painful, with Wilson's Alice forced to eavesdrop on what she can't have, and each romantic dinner scored by the growingly exasperated, “Can't you be quiet for one second?” After a botched attempt to relocate goes nowhere, they start spending more time with the four next door, as mocking their accent is still way more fun than going through everything that went wrong for the umpteenth time.

If one were to nitpick – and after all, what are we here for? – the portrayal of the neighbours verges on parody at times, with a young mother of two frequently shown topless and proud to talk about her “certificate in astrology”. But things are not perfect for this couple either, as a sulky teen is soon to attest, and in a dark twist, one couple’s loss almost seems to be the other one's emotional gain for a second. In a way, it's a shame that Kofler doesn't go for even more nastiness, but that used to be Todd Solondz's job anyway, and What We Wanted is a much more accessible story.

And an exceptionally timely one, too, with influential celebrities – the most recent ones being Chrissy Teigen or Meghan Markle in a New York Times op-ed – opening up about the pain of miscarriage and losing a child more often than ever. While Alice's interactions with the neighbours’ kids feel forced, with a little girl going as far as calling her “the sad woman”, Kofler actually makes sure to pay attention to both Alice and her husband Niklas, as a series of continuous disappointments surely takes a toll on him as well. After being compelled to smile, probably not for the first time, while hearing: “You don't have children? You are so lucky,” he is also starting to think that perhaps, in spite of it all, they will be just fine, you know?

What We Wanted was produced by Austria’s Film AG Produktion and Österreichischer Rundfunk, and Netflix. Its international sales are by Picture Tree International, while it is distributed by Filmladen and Netflix.

more about: What We Wanted 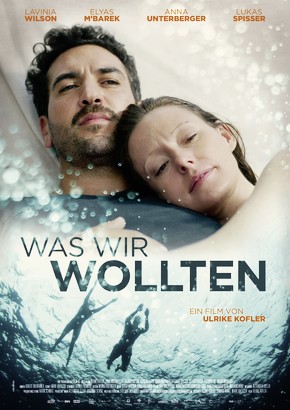 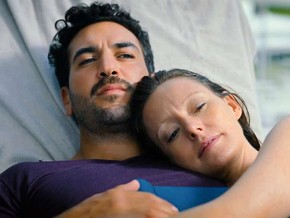