This journalist would love to be able to conceal himself and spy on the artistic duo made up of director Álex de la Iglesia and his “resident” co-screenwriter, Jorge Guerricaechevarría, every time they cook up a new story. It’s not hard to imagine that when HBO Spain invited them to create a series – with all the freedom in the world (and oodles of economic and technical resources) – Bilbao’s most terrifyingly entertaining pair rubbed their hands with glee, drooled excitedly and started a scriptwriting war, competing with each other to see which of the two could come up with the most ingenious idea, the most warped storyline and the most far-fetched twist. The result – an eight-episode series entitled 30 Coins – can be enjoyed starting from Sunday 29 November, on the above streaming platform.

If, dear reader, you should find it hard to digest the films of the director of My Big Night [+see also:
film review
trailer
film profile], if you should find them over-elaborate and over the top, brutal and violent, don’t even bother watching the spectacular opening credits of 30 Coins. As they roll, in the style of Mel Gibson and The Passion of the Christ – complete with buckets of blood splattering the surroundings, bombastic religious music, and chilling glances between the characters that appear as they unfold – we see a reconstruction of Judas the Apostle’s betrayal of the saviour of mankind (according to the Bible), for which he received the titular amount of loot. When one of these silver coins is discovered in the highly photogenic Segovian town of Pedraza, it will unleash a tidal wave of events, the details of which we won’t divulge here, because the element of surprise is one of the great aces up the sleeve of this audiovisual merry-go-round of emotions, screams and “miracles”.

But the action – the pace of which never lets up – is not content to remain in rural Spain, and also shifts to Switzerland and the USA as well as to neighbouring Italy, where a tiny, much-revered state that is extremely well known – and powerful – will play a crucial role in a plot that ties in with previous works by the mischievous de la Iglesia-Guerricaechevarría pairing, such as Common Wealth, Dance with the Devil, The Last Circus [+see also:
film review
trailer
interview: Álex de la Iglesia
film profile], Witching & Bitching [+see also:
trailer
interview: Alex de la Iglesia
film profile] and, in particular, The Day of the Beast.

Among the themes that spill from this orgy of fluids, physical violence and Machiavellian mysteries, there is no lack of slander, corruption, jealousy, global conspiracies, social networks, loss, sexual tension and faith, a powerful weapon that constitutes the driving force behind whole throngs of the possessed. The end result of all of these elements, which get fleshed out with varying degrees of (tenuous) credibility – and dark humour – is that, in its pressing need to surprise the viewer, the series ends up feeling overwhelming. However, it will certainly not disappoint fans of horror (of both the Spanish – especially 1970s – and US varieties), not to mention those of us who, despite all the excess and mayhem, still revel child-like in the rich imagery that the great Álex de la Iglesia (and his partners in crime) always unfurls before our goggling eyes.

30 Coins – which first got an airing at the Venice and Sitges Film Festivals earlier this year, and boasts a cast including Eduard Fernández, Megan Montaner, Miguel Ángel Silvestre, Macarena Gómez, Pepón Nieto, Manolo Solo and Carmen Machi – is a Pokeepsie Films production for HBO Europe, made in conjunction with HBO Latin America.

The new Netflix film, starring Almudena Amor and thematically linked to a previous film by the director, Verónica, has been filming since the end of March

The Series Mania Forum saw the European teams of WarnerMedia EMEA, steered by Antony Root, unveil their plans, current developments and their content strategies for HBO Max on the Old Continent

The actor and director starts filming his second film after the genre-busting Skins, once again with Ana Polvorosa in the cast and sponsored by Álex de la Iglesia

The shoot for the Spanish director’s new escapade, the first film under the new The Fear Collection banner, is taking place in Venice

The Spanish filmmaker, in conjunction with Sony Pictures International Productions and Amazon Prime Video, is serving as producer and art director on a series of horror and suspense flicks 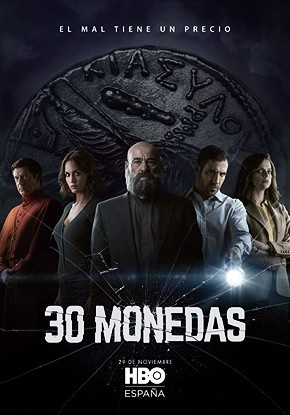