Divinations by Leandro Picarella features among the various titles to have been selected for the First Appearance line-up in this year’s International Documentary Film Festival (IDFA). Back in 2015, and before embarking on his latest work, the former alumnus of Rome’s Centro Sperimentale di Cinematografia Picarella directed Triokala, a feature film set in Caltabellotta which was presented in the Regard Neuf section of the Visions du Réel Festival the following year.

The film opens with evocative archive images which are reddish in tone and are accompanied by the haunting narrative voice of the Gela-based theatre artist and story-teller Mimmo Cuticchio, who quotes enigmatic lines from the ancient Greek philosopher Empedocles, who lived in Agrigento in the fifth century BC.

After this prologue, we make the acquaintance of one of the film’s two protagonists, Achille Sidoti, artistically known as “Professor Atanus.” A complex and unusual character, Atanus is an ex-con and an ardent Catholic. He suffers from poor health and is trying to re-integrate society after years spent in prison. He works as a fortune-teller offering private sessions, but he also practices his craft on air, on one of the many radio stations which transmit from the hidden depths of southern Italy’s broadcasting landscape.

At all times of day and night, the mage is sought out by vast swathes of humanity who verge on desperation, mainly on account of their love lives. Our man regales his clients with stories, lavishes them with advice and promises them metal bangles which by no means guarantee “miracles”, but he stresses their positive influence. Moka, the person supplying these bangles, is a mysterious young man of Moroccan descent who owns a foundry – he’s the documentary’s second protagonist.

It’s in a provincial and almost unrelentingly gloomy and melancholy version of Sicily that the tale of Atanus and Moka unfolds, a story which strangely blends together an abstract “magical-philosophical” dimension with a far more earthly, concrete component. Neither the director nor the camera, helmed by Andrea José Di Pasquale, judge the two men in any way, shape or form. Instead, they limit themselves to recounting one part of their protagonists’ lives, proceeding in almost random order whilst maintaining an overall sense of coherence. Indeed, the key themes emerging from the narrative revolve around superstition and human weaknesses. In the film’s final half-hour, the everyday, earthly dimension of the story diminishes and is slowly replaced by an ethereal and conceptual tone, characterised by a greater focus on Moka in the film, and the material work carried out by the latter. The final image offers up a very fitting ending, fully embodying the spirit of the story, and the measured notes of musical composers Ulisse Mazzagatti and the Mancuso brothers are also most effective.

Overall, Picarella’s documentary is a convincing work which skilfully explores the sacred and the profane but which first and foremost homes in on the universal need for new certainties, as well as old validations, through the prism of the lives of two men on the margins. The director delivers a very particular overview of Italy’s South which, despite the unstoppable progress of human life, still manages to carve a place outside of time for all things magic and occult-related.

From 15 to 22 November, the Florence International Documentary Film Festival offers 48 film in streaming, among them the world premiere of Duccio Chiarini’s L'occhio di vetro

The Filmmaker Festival returns to Milan

The event running 15-24 November will open with Nomad: In the Footsteps of Bruce Chatwin by Werner Herzog and close with Pedro Costa’s Vitalina Varela 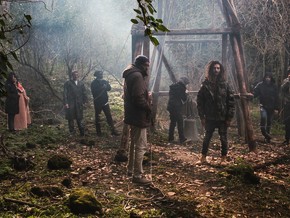 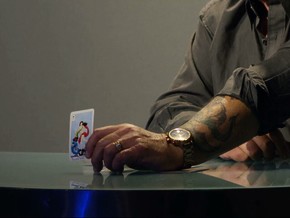