01/12/2020 - James Erskine explores the extraordinary life of Billie Holiday by way of old interviews conducted by a journalist who died by her own hand, in a rich documentary which takes on film noir tones

“A true and authentic voice, a hoarse cry from beyond the grave. I had to find out where it came from”. This is how the American journalist Linda Lipnack Kuehl described the staggering effect a record by the greatest jazz singer of all time Billie Holliday had on her when she first heard it aged 14. The material resulting from her investigations – 200 hours of interviews conducted over the course of ten years, which were supposed to form the backbone of a biography on the singer which was sadly never completed – now forms the beating heart of James Erskine’s Billie. A rich and engaging documentary presented Out of Competition in the 38th Torino Film Festival, the movie speaks of the extraordinary life led by the black music legend who passed away in 1959 at just 44 years of age, but it also examines the story of the journalist who died by suicide in 1978, whose interest in Billie Holliday had fast become an obsession.

It’s a nigh-on phantasmatic immersion offered up by English director Erskine, who built up his film using the immense audio material captured by Lipnack Kuehl in the 1970s on her home tape recorder: 125 tapes which were more or less intact, which had been recovered from a collector but which had never been listened to, until now. The voices of Billie’s childhood friends, the great musicians who worked with her, her countless lovers, and even the FBI agents who arrested the singer for drug offences, all resurface with considerable suggestive power from these imperfect and crackling recordings, made in streets, in cafes or in local nightspots of the time. All accompanied by an old radio interview in which we hear Billie speaking about herself, a healthy store of photos of the famous singer and footage of live performances which are colourised for the occasion by Brazilian artist Marina Amaral.

And it could never have been otherwise, for whilst all that remains of this icon are black and white photos, the life that she led was decidedly colourful, from a poor childhood spent in Baltimore to prostitution and abuse (in the film, we listen to the deposition of her pimp who is shocking for the clear brutality of his nature), and then on to her success, but also the difficulties she experienced as a woman in the ultra-chauvinist world of nightclubs, and as a black artist in America at the time of racial segregation. And then there were her many lovers, both men and women, her problems with drugs, and her proud and rebellious character, her cry of protest against discrimination, and in particular her astonishing song Strange Fruit which no-one could stop her from singing, even if it did horrify “well to do” whites attending her concerts to hear her refer to black men hanging from trees in the South as strange fruit.

Between secrets and behind-the-scenes revelations, impassioned declarations and furious denials, Lipnack Kuehl’s interviews are a precious hoard which distinguish Erskine’s film from the usual documentaries on famous artists from the past - they bring it to life; lend it vibrancy and truth. And the director’s idea to leave space for the story of the journalist who’d investigated Billie’s life isn’t entirely displeasing either: that of a white woman who’d ventured into a world more closely associated with black people (and with mobs) and whose mysterious death, officially filed as suicide, ultimately lends the work a touch of the film noir and an air of mystery, ensuring Erskine’s movie is all the more enthralling.

Billie was produced by Altitude, BBC Music and Motion Picture, with the support of the Billie Holiday Estate. The film is distributed in Italy by Feltrinelli Real Cinema.

James Erskine explores the extraordinary life of Billie Holiday by way of old interviews conducted by a journalist who died by her own hand, in a rich documentary which takes on film noir tones 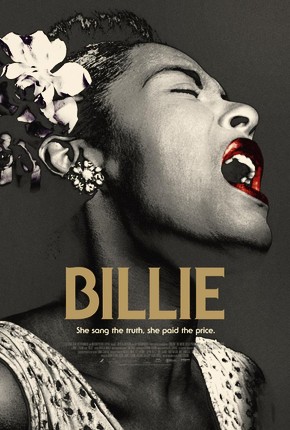 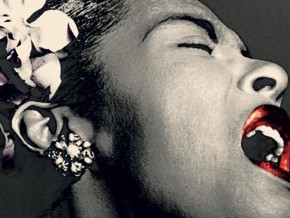