Olivia Colman and Anthony Hopkins in The Father

When he first put on Le Père at the Théâtre Hébertot, Paris, in 2012, Florian Zeller could not have expected that it would spawn an acclaimed English-language stage translation by Oscar-winning scribe Christopher Hampton as well as two films. The first cinematic adaptation to land was Philippe Le Guay's Florida [+see also:
trailer
film profile] in 2015, starring Jean Rochefort and Sandrine Kiberlain, which premiered at the Locarno Film Festival. Now it's the turn of Anthony Hopkins to play the seemingly cantankerous old man losing his mind in The Father [+see also:
trailer
interview: Florian Zeller
film profile], which is opening the Cairo International Film Festival today. This new English version marks Zeller's feature debut, and he's managed to pull in an all-star cast, as supporting Hopkins are Olivia Colman, Mark Gatiss, Imogen Poots, Rufus Sewell and Olivia Williams.

It's easy to see why Zeller's play has become his signature piece, performed around the world on stage and screen. The Father provides a dream role for any actor above a certain age. In playing Anthony, someone with dementia, the thesp gets to jump at a moment's notice from charm to belligerence, from cogency to incoherence. It allows an actor to show off his range. Hopkins has a field day in the role. As he demonstrated in his own signature role, playing Hannibal Lecter in The Silence of the Lambs, he has this incredible ability to make the nastiest of characters likeable. And that's the key to The Father: we have to forgive this character his sins for the piece to really hit home.

The Father also taps into the zeitgeist in dealing with dementia, a subject increasingly in the news. Whether it be arguments over footballers heading a ball, or a side effect of better healthcare and diet leading to an ageing population, dementia is an important topic that affects many lives, and there is not enough understanding about it in society or the medical profession. What Zeller does remarkably well is not attempting to make the piece about dementia, but rather trying to give the audience a glimpse of how someone with dementia might think.

It's a cleverly told yarn, opening with a scene in which Anthony's daughter Anne (Colman) reveals that she is going to move to Paris, which leaves the conundrum of what to do with her ailing father. It's clear in this scene that he has a problem with his memory, and she's decided that, for a change, her own life must be a priority. It all seems very straightforward, but then in a clever sleight of hand, as other characters visit Anthony, all claiming different things, the story becomes muddled. Scenes don't follow one another, they contradict themselves, and suddenly we become aware that this is the world from Anthony's perspective – and it's warped. What's intriguing and well layered is that not only is Anthony struggling with his memory, but his traumas, fears and heartbreaks also haunt him.

Zeller must also be commended for his adaptation from stage to screen of a story that primarily happens in interiors and single rooms, still making it feel cinematic. Aided by some terrific production design by Peter Francis, Ben Smithard's cinematography and astute editing by Yorgos Lamprinos, The Father is sure to resonate with many. The film could also spawn other movies in the same world, as Zeller has also written for the stage The Mother and The Son, which are related to The Father thematically.

The Father was produced by the UK’s Trademark Films, and France’s F Comme Film and Cine-@. Its international sales are handled by Embankment.

more about: The Father

The Polish producer, selected as one of EFP's 2022 Producers on the Move, shares with us his insights and hopes

The European Audiovisual Observatory has published its latest figures on cinemagoing, which reveal a 58% drop compared to pre-pandemic levels 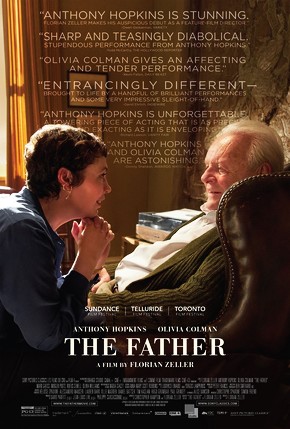 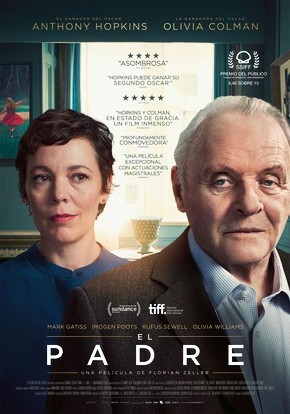 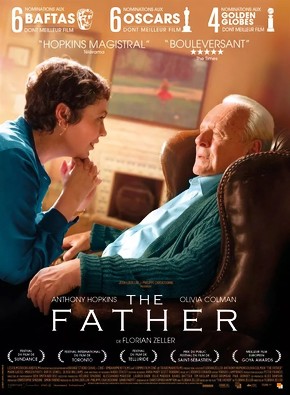 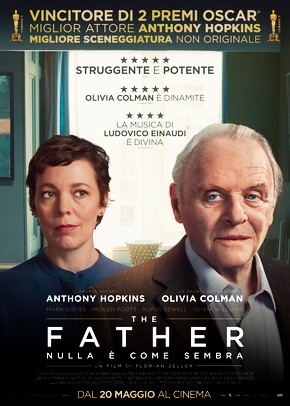