02/12/2020 - This stylish Netflix-produced anthology film shows Poland as a country where men hate women. But women strike back

Now available in Poland, directed by five female directors and co-written with five female novelists, the Netflix anthology film Erotica 2022 could explain the spirit of Polish women and the reason behind the massive protest that spread throughout the country in October and November. The reason other than the constitutional tribunal’s decision to tighten anti-abortion law, that is.

In more or less metaphorical ways, the artists behind Erotica 2022 show the way women are treated like sex objects, toys or human incubators, with little or no say, and the way their needs — regardless of what they are — are considered less important than those of men. All the while, however, each chapter in this anthology is entertaining, beautifully shot, mind-tickling or pure fun. Erotica 2022 is a film in its own right, bearing visible signatures from its directors, and not just a visual protest song.

Some of the stories are more realistic than others, such as The Bear, set on a train and in snowy mountains and focused on female liberation through escape (which is one of the favorite themes of director Anna Jadowska, who also co-wrote the story with Grażyna Plebanek), while others have a more dystopian or science-fiction touch. If you sit still long enough other animals would come (directed by Jagoda Szelc and co-written with Ilona Witkowska) revolves around a woman (Sara Celler-Jezierska) witnessing the climate disaster and the passing of her beloved dog, an activity she finds far more absorbing than achieving an orgasm with her long-time boyfriend (Sebastian Pawlak). Men’s inability to get a big O is usually equated with women being frigid and faulty, a blame which is just one more form of female oppression.

Three of the five stories — Disappearance of Mrs. B (directed by Anna Kazejak, co-written with Nobel-prize winner Olga Tokarczuk), Hard (directed by Kasia Adamik, co-written with Joanna Bator) and Night Shift (directed by Olga Chajdas and co-written with Gaja Grzegorzewska — focus on more direct instances of abuse. In Adamik’s sci-fi story, a couple who has raised a bionic child tries to pass a test to get a biological one. The woman (Agnieszka Żulewska) does everything she is required to do, but her wild dreams of liberation put the goal of getting a child in jeopardy. Kazejak’s film, meanwhile, shows a not-so-distant future where conservative forces have triumphed over liberal ones and made women completely dependent on men – Mrs. B (the hypnotising Agata Buzek) has to give her husband her salary, serve him his dinner, offer him her body, and focus on getting pregnant. She isn’t supposed to have her own desires or to ask any questions, while her husband (Andrzej Konopka) is allowed to lead a double, if not a triple life. When Mrs. B meets an intellectually appealing writer (Sebastian Stankiewicz), her senses are awoken, which leads to a quiet yet significant form of mutiny. By contrast, nothing is calm about the revolt stirred up by a mysterious and taciturn woman (Małgorzata Bela) in Night Shift. She puts on an elegant outfit, gets behind the wheel of a limo and cruises the town by night to punish male predators. This final chapter of the anthology couldn’t be more satisfying, showing that it’s the old world that should burn, not the witches that set it on fire.

Erotica 2022 was produced by Marta Lewandowska through her company Friends with Benefits. The domestic Netflix release was on 25 November.

This stylish Netflix-produced anthology film shows Poland as a country where men hate women. But women strike back 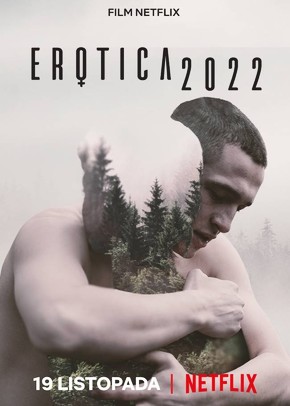 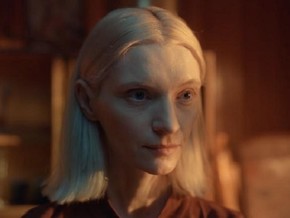 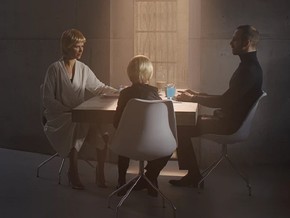 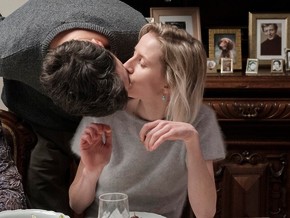 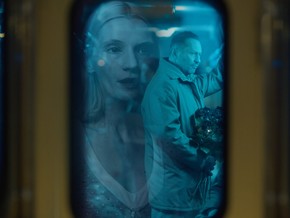 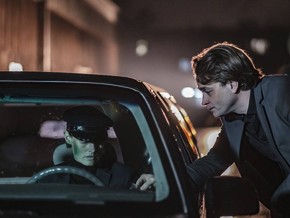