17/12/2020 - The follow-up to 2010’s Reindeerspotting descends into the heart of darkness, offering a one-way trip for adults only

Already one of the biggest Finnish documentaries ever following its successful (and still ongoing) local release, Lost Boys can be a tad confusing when approached without any prior knowledge of Joonas Neuvonen's previous, brilliantly named Reindeerspotting - Escape from Santaland. Once again focusing on young drug addicts, this is a follow-up of sorts, but just like Todd Phillips' The Hangover II it ventures even further away the second time around: all the way to Southeast Asia.

What happens next is an odd combo of an almost laughably dramatic voiceover (courtesy of Tom of Finland [+see also:
film review
trailer
interview: Dome Karukoski
film profile]'s Pekka Strang), scenes that could only be described as openly pornographic and apparently featuring the director himself, as well as an investigation into a tragedy that claimed the life of Jani, the main protagonist of the previous film. “The truth of what happened cannot be seen from the outside”, it's announced here right off the bat, and sure enough you get a front row seat as Neuvonen doesn't just observe the events – he actively participates, detailing the not-so-merry vacation in Thailand and Cambodia, taking a break just to serve his own prison sentence back home. When J.M. Barrie wrote about his own “lost boys”, describing children “who fall out of their perambulators when the nurse is looking the other way”, sent to Neverland to defray expenses if they are not claimed in seven days, he probably had something entirely different in mind.

This time collaborating with Sadri Cetinkaya, in his second directorial effort Neuvonen delivers a handheld patchwork that's occasionally pretentious, but also quite engaging, with Lost Boys coming off as something that could happen if Gaspar Noé suddenly ran out of cash mid-filming. There are enough dark alleys, clubs named after Joseph Conrad's best work and smoke to give it a proper neo-noir feel, and that's even before the search for a mysterious lady of the night truly begins, scored to stream-of-consciousness-like ponderings.

There is just enough titillation here to prick interest outside of your usual cinephile crowd – even though the whole thing feels much better suited to the small screen – but ultimately Lost Boys has a deeply melancholic streak to it as well. For all the boasting about going to Phnom Penh to “fuck whores”, the enthusiasm for anything is long gone as far as this doomed trio is concerned, resignedly navigating the backstage of the “tourist paradise” as it verges closer to hell, populated by blank stares and used needles. In this Neverland you don't really get to grow up either, it seems, but for entirely different reasons.

The Sudan-Qatar production triumphs at the Finnish short film festival, while Israeli film Mission: Hebron is put forward as a candidate for the European Film Awards

The follow-up to 2010’s Reindeerspotting descends into the heart of darkness, offering a one-way trip for adults only 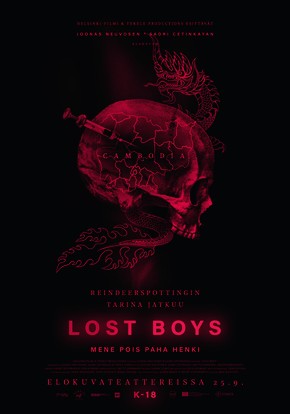 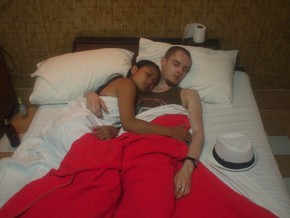