Tahar Rahim in The Mauritanian

Tahar Rahim delivers the performance of his career as Guántanamo Bay inmate Mohamedou Ould Slahi in Kevin Macdonald's riveting The Mauritanian [+see also:
trailer
film profile], which is set for release worldwide in February. Taking his lead from Slahi's New York Times best-selling memoir, Guantánamo Diary, which he wrote in prison, Macdonald combines the story of the inmates' maltreatment with a courtroom drama worthy of John Grisham, pitting Jodie Foster's determined justice campaigner against Benedict Cumberbatch's military prosecutor. This is director Macdonald on The Last King of Scotland [+see also:
trailer
film profile] form, successfully combining thriller with biopic, and it's no stretch to imagine that Rahim could follow in the footsteps of Scotland's Forest Whittaker to Oscar glory.

From A Prophet [+see also:
film review
trailer
interview: Jacques Audiard
interview: Jacques Audiard and Tahar R…
film profile] to The Serpent, Rahim has a remarkable talent for bringing warmth to the most pained characters by opening his luminescent eyes or through perceptive facial movements. He does this to tremendous effect playing a man who once fought alongside the Mujahideen against the Soviets. He gives Mohamedou a dose of humanity, while also leaving some room for doubt over his involvement, or lack thereof, in heinous crimes. Somehow, he makes Slahi obstinate, but also warm and courteous. He makes us want to believe his words are true, without necessarily having us convinced.

The action starts in the aftermath of the World Trade Center attacks. Slahi gets arrested in front of his mother in Mauritania, north-west Africa, then transported to Guantánamo Bay, the notorious American base in Cuba, where the United States government imprisoned those they felt could provide information that would lead to the capture of Osama Bin Laden and the breaking-up of the Al-Qaeda network. Nearly all of these men were detained for years without charge. They were subjected to physical and mental torture, as well as sexual abuse. Yet this is not a film about crimes, although they are there in abundance, but is instead a movie concerned with finding the moments of humanity. There is a touching sequence where Slahi befriends a fellow inmate, sharing a football and joking about Omar Sharif.

It also follows a similar path when dealing with the lawyers, concentrating on their good intentions. Under pressure to show they are paying some heed to international law, the American government pinpoints Slahi as one of the inmates who will be easiest to convict in court. They ask Cumberbatch's Lieutenant Colonel Stuart Couch to prosecute. He has a connection to one of the pilots who died in the attacks and is determined that Slahi receive a death sentence. But he's also a man of integrity who believes in the rule of law, even as his government has shown disregard for it. He's up against Foster's lead lawyer, Nancy Hollander, and her associate Teri Duncan (Shailene Woodley), who are committed to ensuring that everyone receives a fair trial, no matter the evidence that seems to be against them. It's great seeing the criminally underused Foster in a meaty role: her Nancy lives life through her work, and we see her recruiting Teri, sifting through paperwork, in several dramatic conversations with Slahi, and having a surprisingly courteous meeting with Couch.

It would be a story of a triumph against the odds, if it were not so heartbreaking, constantly moving from elation to despair and back again. There are no real winners and plenty of losers, which is a good approximation of what’s happened at Guantánamo.

The Mauritanian is a UK-US presentation by STXfilms, 30 West and Topic Studios in association with BBC Films and Great Point Media. It is a Shadowplay Features, SunnyMarch and Wonder Street production.

more about: The Mauritanian

The Father leads the European contingent at the Golden Globes

Another Round, The Two of Us and The Life Ahead will vie for the statuette in the Best Picture - Foreign Language category 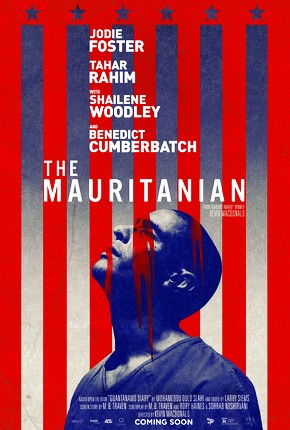 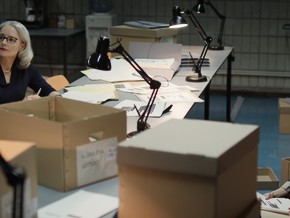 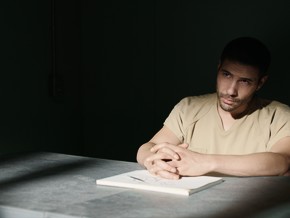 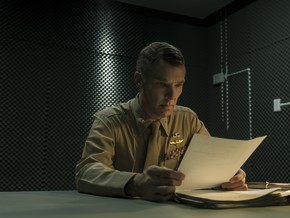 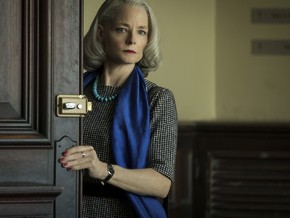