05/02/2021 - Set in the cruel rural world of 1950s Apulia, Rocco Ricciardulli’s Netflix original film is co-scripted and produced by Riccardo Scamarcio, who also stars in the picture

Riccardo Scamarcio in The Last Paradiso

Italian films don’t come more local than the title which is dropping on Netflix worldwide today. Set in the rural world of 1950s Apulia and unfolding mostly in dialect, The Last Paradiso [+see also:
trailer
film profile] by Rocco Ricciardulli is ready and set to give global audiences a taste of the backwards rural culture which characterised the Italian South in the middle of the 20th century and which revolved around exploitation, oppression and violence. Inspired by a true story which the Lucania-born director became aware of as a child through tales told to him by his mother, the film is co-scripted and produced by Riccardo Scamarcio, who also steps into the shoes of the unfortunate protagonist, farmer Ciccio Paradiso.

It’s 1958 in a small Apulian village. Ciccio is an indomitable man, in terms of work and his emotions. Married to Lucia (Valentina Cervi) and father to a small child, he is conducting a secret relationship with Bianca (Gaia Bermani Amaral) - the daughter of ruthless landlord Cumpà Schettino (Antonio Gerardi) - with whom he dreams of running away to start a new life in the North, like his brother Antonio before him. Because being exploited by unscrupulous landowners is something he can no longer tolerate. As such, while he plans his escape with his beautiful Bianca, Ciccio urges his fellow villagers to rebel against Cumpà Schettino and profiteers like him. “We work the soil, so we decide on the price” is the motto clung to by Ciccio, who becomes an increasingly bothersome character within this static, archaic world; unfortunately, his courage and temerity don’t get them very far.

Love and passion, rebellion against an unjust system, emigration and nostalgia for one’s homeland, and female emancipation are the intersecting themes of this dark tale, which begins amidst stringent realism before veering into abstract and more allegorical territory which the director doesn’t entirely follow through on. Whilst the atmospheric immersion into the rural South offered by the film and the raw and savage portrait it draws of humanity are two of the work’s most successful aspects, further enhanced by Ricciardulli’s decision to use dialect, which is admirably mastered by the actors, the story, for its part, is somewhat basic and regretfully fails to fully engage the audience.

It’s in the second half of the film, in particular, which sees an unexpected change of scenery and protagonist, that the story seems to lose its rhythm and consistency as it portrays the painful return home and return to roots of a character who is almost always taciturn and impenetrable, and whose motivations aren’t entirely clear; motivations which Italian emigrants living around the world, who perhaps hail from a small village in the South like Ciccio’s and who get the opportunity to follow this story on Netflix, might be familiar with and will - hopefully - be able to identify with.

The Last Paradiso is a Netflix original film made in association with Mediaset. The movie is produced by Lebowski and Silver Productions, and is available on the streaming platform from today, 5 February.

more about: The Last Paradiso

Set in the cruel rural world of 1950s Apulia, Rocco Ricciardulli’s Netflix original film is co-scripted and produced by Riccardo Scamarcio, who also stars in the picture

The movies are scheduled to drop on the online streaming platform before broadcasting 12 months later on Mediaset’s generalist TV networks, with a possible stint in cinemas 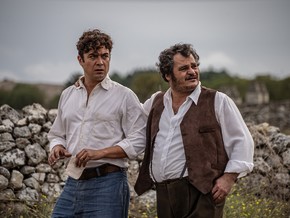 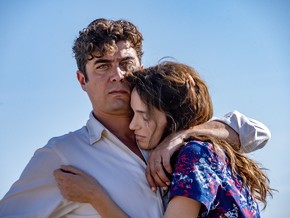