02/03/2021 - BERLINALE 2021: In Maria Schrader's delightful yet surprisingly complex film, there is such a thing as a perfect match

Dan Stevens and Maren Eggert in I'm Your Man

With a title seemingly lifted from that Leonard Cohen song, Maria Schrader's terrific I’m Your Man [+see also:
trailer
interview: Maria Schrader
film profile], screening in competition at the Berlinale, doesn't just stop there, as his promises to “do anything you ask me to” still stand – it's just Dan Stevens' turn to carry them out. Over a period of three weeks, to be exact, as that's how long Alma (Maren Eggert), a no-nonsense researcher with the Pergamon Museum in Berlin, is allowed to test him for. Which sounds a bit unseemly, summed up like that, but here’s the fact of the matter: Tom is a humanoid robot. Tailored to meet her every need.

Supposedly, that is, as armed with the knowledge of what 93% of German women dream about, Tom needs to readjust his algorithm, and soon. Frankly, nothing works: be it comparing Alma's eyes to lakes, or preparing her a bubble bath with rose petals, champagne and strawberries. It's hilarious how empty such “romantic” gestures seem all of a sudden here, and knowing that's what everyone likes doesn't help. Alma may have trouble expressing her real desires, especially to herself, but she knows what she doesn't want: no elaborate breakfasts, no colour-coordinated books on her shelves. No wonder Tom ends up washing windows out of sheer frustration, as at least that's not frowned upon in her house.

Then again, is frustration – or anything else – something he can actually feel? Their meet cute, in a weird joint that feels like Police Academy's The Blue Oyster meets Prohibition, is plagued with technical glitches, although they are “rare with this model”, she's told. But once Tom is in her home, it's easy to forget that it's an experiment with a fixed deadline. He certainly doesn't look like a robot, but more like a Downton Abbey [+see also:
trailer
film profile] hunk, and save for his general stiffness, he doesn't behave like one, either – except perhaps for the kind of intense eye contact that could haunt one's dreams forever and a superhuman ability to immediately tell if something will fit in a car. His cluelessness is next-level, though, as he fails to understand the needs of his single expert and the point of epic-fail compilations. But he tries, and tries, because he has a job to do here: if he is successful, Alma might vouch for similar robots to soon become an accepted, and legally recognised, part of society.

There is a lot to think about here, even though it's all so entertaining that it almost shouldn't matter. But yes, if one could really design a perfect partner without any flaws, offering the kind of personalised customer experience that nothing else could beat, why even bother learning to deal with, or at best to ignore, someone's annoying traits? Does it matter who, or what, makes you happy, as long as it does in the end? Alma is no stranger to loss, but this is a rather upbeat tale – especially when robots are concerned, although Rick Deckard's controversial “Say 'kiss me!'” from Blade Runner does echo here at one point. Still, despite that recent Michael B Jordan Alexa ad playing somewhere at the back of one's head, a sense of melancholy is difficult to shake, and Schrader, joined by her two fantastic actors, manages to make everything mouth-wateringly ambiguous. If the meaning of life, as Tom flatly recites here during their disastrous first date, is to “make the world a better place”, perhaps a companion like this could significantly improve some people's lives, so filled with loneliness? Once they forget it's all based on their responses and brain scans, that is. And once they figure out how to tweak the flirting.

I'm Your Man was produced by Germany’s Letterbox Filmproduktion. Its world sales are handled by Beta Cinema.

more about: I'm Your Man

BERLINALE 2021: Nobody's perfect? They are in this film starring Maren Eggert and Dan Stevens, but according to the German director, that's part of the problem

BERLINALE 2021: In Maria Schrader's delightful yet surprisingly complex film, there is such a thing as a perfect match

The German company boasts two entries in the main competition of the Berlin International Film Festival, while a handful of titles will be featured at the EFM

The romantic comedy, starring Maren Eggert and Dan Stevens, will focus on the relationship between a woman and a humanoid robot 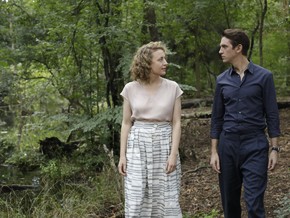 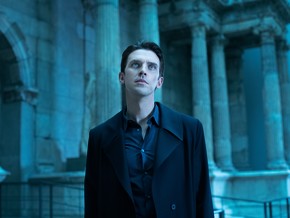 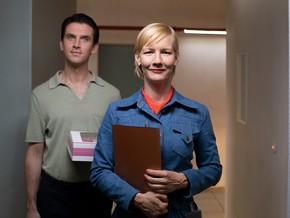 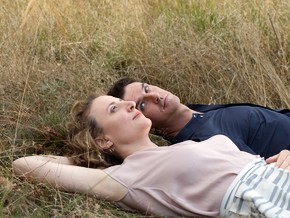