German writer-director Julian Radlmaier's sophomore feature Bloodsuckers [+see also:
trailer
interview: Julian Radlmaier
film profile] follows on the heels of his debut, the comedy Self-Criticism of a Bourgeois Dog [+see also:
trailer
film profile], which was screened in Rotterdam and Berlin and which won the German Film Critics’ Award in the Best Debut category in 2017.

His second project, which is participating in the Encounters strand of this year's Berlinale, is supposedly set in the summer of 1928 and centres on a crazy factory worker called Lyovischka (played by Alexandre Koberidze) who flees Soviet Russia in a desperate bid to become a Hollywood star. In the first part of the film, we learn that Lyovischka has been cast in the role of Trotsky by Sergei Eisenstein in his film October, but his dream of becoming an actor is shattered when the real Trotsky falls out of favour with Stalin and he is subsequently edited out of the film. Thus, the man finds himself in a German resort facing the Baltic Sea where he pretends to be a baron and meets millionairess Octavia Flambow-Jansen (Lilith Stangenberg), who constantly calls upon her assistant Jakob (newcomer Alexander Herbst). Lyovischka’s cover is blown on the very day they meet, and the rich woman offers Lyovischka her protection. In the background and set to assume a more prominent role further down the line, are a group of workers and farmers who search Marx's “Capital” for answers over some mysterious vampire bite marks.

Described as a “Marxist vampire comedy,” this title unfortunately lacks punch and more closely resembles an uncertain, grotesque piece than a proper comedy. The very slow-paced narration and acting are the two main flaws heavily impacting the movie's overall result – and in this type of film, perfect comedic timing is essential. Furthermore, certain characters, such as Octavia, speak with a monotone voice throughout the film and whilst this feature may be part and parcel of her role, it ultimately acts as yet another burden on lines and puns that just don't work.

Bloodsuckers features a tripartite structure, and the first half of the second chapter is perhaps its strongest part, as it focuses on the most curious character of all, Jakob, a sort of “chevalier servant” (not too) secretly in love with his boss but attempting to remain professional despite his emotional struggles.

The decision to set the story in an “imaginary” version of 1928 – the picture is rife with temporal discrepancies, such as modern-day buildings and euro banknotes – might be an interesting idea for a comedy, but it doesn’t serve the plot in this instance, and its potential hasn’t been fully exploited. The same principle applies to the vampire/victim and communist/capitalist dualities, both of which are underdeveloped and barely sketched out. On the whole, this feature makes for a disorienting viewing which might make viewers smile on occasion, but which, for the most part, risks losing their attention for the aforementioned reasons.

“Marx uses a lot of these gothic metaphors, and I thought it would be funny to just take his word for it”

BERLINALE 2021: In his Encounters entry, the German director takes Marx literally – kind of

Robert Schwentke helming the John Malkovich-starrer SENECA or: on the Creation of Earthquakes

The black comedy deals with the last day in the life of one of the most famous ancient Roman philosophers, and it is now in post-production

Set in the late 1920s, the upcoming movie will portray the encounter between a penniless Soviet refugee and a young female vampire on the Baltic coast 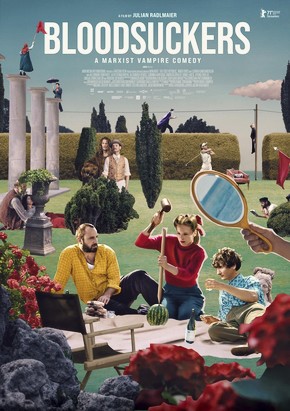 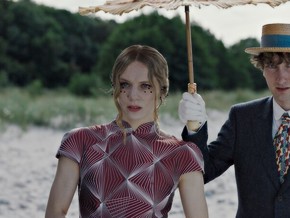 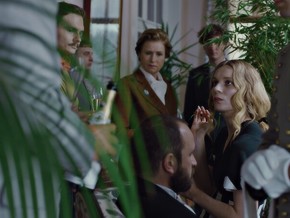 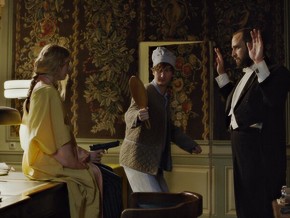 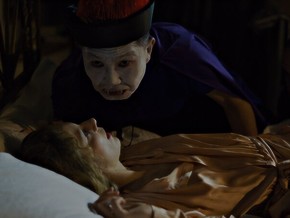 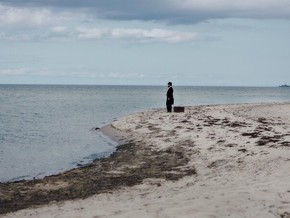 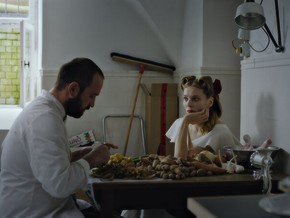