04/03/2021 - BERLINALE 2021: Georgian director Alexandre Koberidze's second feature is an idiosyncratic mix of styles, genres and forms that incredibly wraps into a coherent 150 minutes of cinematic joy

Oliko Barbakadze and Giorgi Ambrolashvili in What Do We See When We Look at the Sky?

The title of the second feature by Georgian-born, Berlin-based filmmaker Alexandre Koberidze asks What Do We See When We Look at the Sky? [+see also:
trailer
interview: Alexandre Koberidze
film profile] It is ambiguous as to whether he has answered this question, but one thing the film does definitely tell us is that we have never seen anything quite like it.

There is a lot to unpack here, but let's start with the plot. Medical student and pharmacy clerk Lisa (non-professional actress Oliko Barbakadze) literally bumps into football player Giorgi (arm-wrestling champion Giorgi Ambroladze) on the street, dropping her book, which he then picks up – just like in a romantic film from the 1960s, probably a French one. Later in the day, the two run into each other again and agree to go on a date the next evening.

However, the male narrator’s voice tells us that they have been cursed by an evil eye. This means they will wake up the next day looking completely different, losing their talents, and they will never be able to find each other again. And sure enough, Lisa (young cinema enthusiast Ani Karseladze) and Giorgi (one of Georgia's most talented actors, Giorgi Bochorishvili, from Horizon [+see also:
film review
trailer
interview: Tinatin Kajrishvili
film profile]) wake up as different people. Both are shocked (off screen), but soon, they have to come to terms with their new lives. No longer able to work in the pharmacy, Lisa gets a job as a waitress at a bar owned by a likeable old man (veteran actor Vakhtang Panchulidze). And Giorgi, who can't properly kick a ball to save his life, almost accidentally gets hired by the same guy – but for a "position" in another job.

We can already see how this fairy tale may potentially end happily, but another story strand is introduced: a movie crew. A director, a DoP and a photographer who are, significantly, making a film on 16 mm are looking for real-life couples to interview. But Lisa and Giorgi have not yet met again at this point.

A football World Cup is coming up, and all of Georgia will be watching it, including Giorgi, a huge Argentina fan, and an assortment of stray dogs. In one of the film's many meta-touches, the narrator describes which dog is rooting for which team, and we get the impression that this footage of canines on the streets is actually a documentary and contextualised into the story simply via the narrator's words.

The directorial approach borrows elements from silent movies, 1970s cinema in the broadest sense (think giallo, Altman, Elio Petri, Kurosawa, Parajanov – but then again, this whole list may be wrong and just a result of one person's interpretation), observational documentary (the passage of time signalled by non-ordinary images of ordinary people), and who knows what else. But almost incredibly, Koberidze wraps it all into a warm, coherent and, ultimately, romantic film that keeps you surprised and happy throughout its 150 minutes of running time.

A hugely important dimension of the feature is the ambiguity of time. Trying to deduce the year from the sparse info that the picture gives us would get you nowhere. Combine this with the fact that the film was shot in Kutaisi, which was the capital of Georgia some 900 years ago, and you realise that this is a feature "out of time". It is almost like you are watching an old movie from an alternate cinematic history.

Each element of the craft is top-notch, including Iranian DoP Faraz Fesharaki's camerawork (a mix of digital and 16 mm), and Koberidze's own playful but confident editing, but the extremely elaborate musical score by the director's brother, Giorgi Koberidze, and the creative way it is used definitely stand out.

Even exceeding his word limit here, this critic still has a lot more to say about this film. But it's best if you just catch What Do We See When We Look at the Sky? as soon as you get the chance. It was co-produced by the German Film and Television Academy Berlin, Germany's New Matter Films and broadcaster RBB, and Georgia's Sakdoc Films.

more about: What Do We See When We Look at the Sky?

Interview: Alexandre Koberidze • Director of What Do We See When We Look at the Sky?

BERLINALE 2021: The Georgian director, responsible for one of the most acclaimed titles of this edition of the festival, discusses love, curses and film references

What Do We See When We Look At The Sky? reigns supreme at Angers' Premiers Plans Festival

The film by Georgian director Alexandre Koberidze wins the gathering's Grand Prize, while Ninjababy bags an Audience Award and Bruno Reidal, Confessions of a Murderer a Best Actor accolade

Despite much uncertainty, the festival has decided to organise a hybrid edition, mostly unfolding in person with an online element

The results are in for the poll of Cineuropa’s journalists. Which are the best European films of the year?

The 15th Segovia Film Festival begins on 17 November and will showcase 69 titles, including the award-winning Happening by Audrey Diwan

Review: One Day in Ukraine

Review: Singing on the Rooftops

Review: Mountains and Heaven in Between 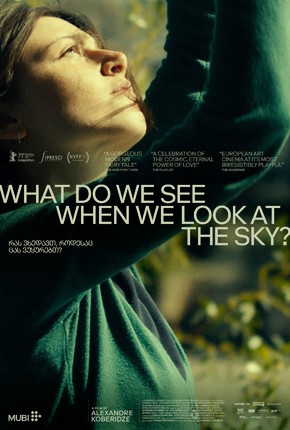 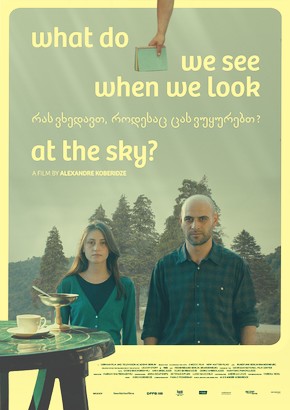 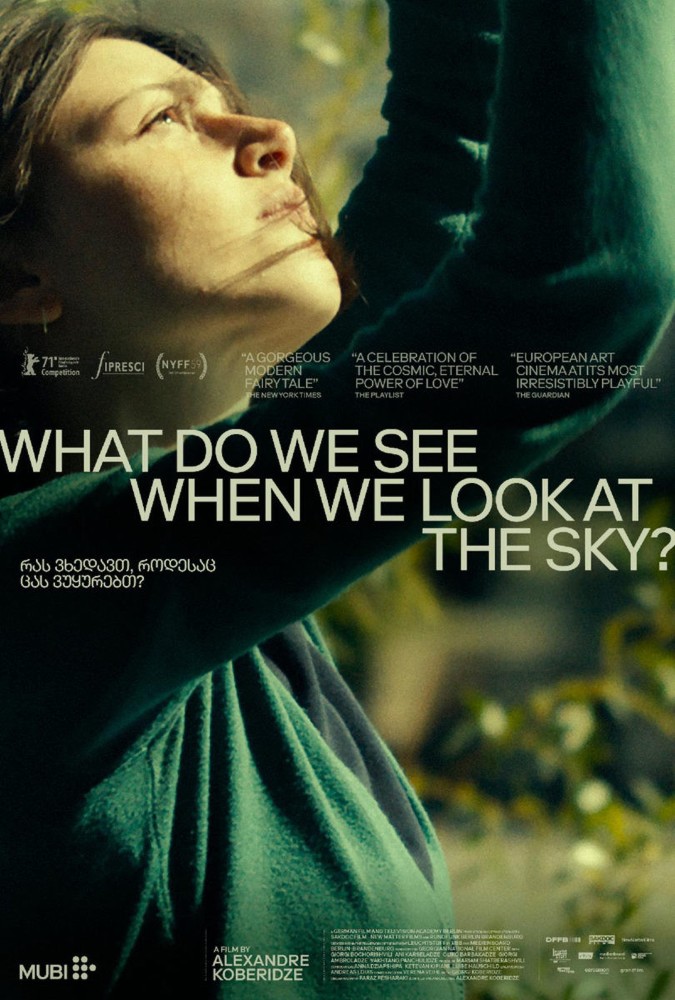 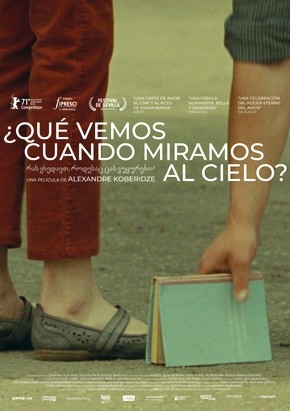 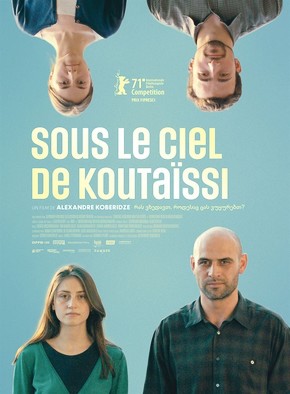 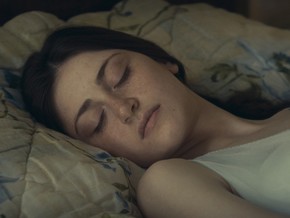 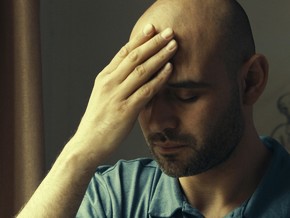 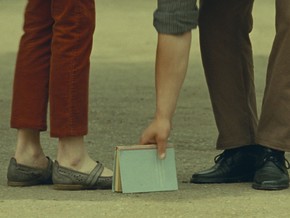 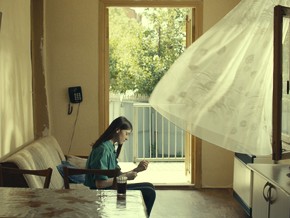 AJB DOC extends the call for projects for its Industry Days

Francesca Archibugi is shooting the series La Storia, based on the novel by Elsa Morante

Review: One Day in Ukraine

Distribution, Exhibition and Streaming – 01/07/2022
Collaborate to Innovate announces the 13 new projects selected for its second edition
Initiated by Europa Cinemas with the support of Creative Europe in 2021, the flagship scheme backs outstanding innovative and collaborative exhibition projects

The fourth edition of the Akranes-based documentary festival wrapped on 26 June, and we chatted to one of its co-founders about this year's iteration and the future of the gathering

Enric Ribes • Director of Singing on the Rooftops

In his debut feature, the Catalan director combines fiction and reality to portray Gilda Love, a nonagenarian transvestite, a resident of Barcelona's El Raval neighbourhood

The directorial debut by the German actress, producer and scriptwriter focuses on objects and how they can make us feel good as well as bad