In one scene from El remolino, the feature debut by Laura Herrero Galvín, a transexual individual puts on make-up, together with friends and neighbours, in order to become the woman that they have felt inside them ever since they were ten years old. In her second feature, La Mami [+see also:
trailer
interview: Laura Herrero Garvín
film profile], the Toledo-born filmmaker also stresses how putting make-up on forms part of a transformation process for her characters: the employees of the Barba Azul cabaret, in Mexico City, where her film takes place, cease to be these tenacious and self-sacrificing single mothers, and morph into the sexual fantasies of the establishment’s clients.

Thus, the ladies’ toilet in the night club serves as a kind of dressing room-cum-cloakroom where they squeeze themselves into low-cut, sparkling dresses with which to grab the attention of the heterosexual men who will then invite them to dance and buy a few drinks for them. Their faces will also undergo a meticulous cleaning and make-up application process to bring out their most attractive features. Then, they will go down a steep, dark staircase that will lead them to the brightly lit dance floor: that stage where they will play the roles of easy, sexy, affectionate women for the men who come to the premises looking for some company.

Bearing witness to this entire transformative process is Miss Olga, aka “La Mami” (lit. “The Mummy”), who is in charge of keeping these toilets clean and administering the sheets of toilet paper down to the millimetre. La Mami, who as a young woman was also employed in this stigmatised position of “B-girl”, will hang on to the girls’ clothes, provide them with advice, listen to them and act as a protective mother figure. When a new woman, whose son has been admitted to hospital, arrives, a special bond will be formed between Priscilla – this will be the stage name of the character that she will play one floor below, the one pulsating with salsa music – and La Mami, who has effectively turned the girls of the Barba Azul into her new litter.

As such, this documentary immerses us in a microcosm that is simultaneously fascinating and intimate, where the director’s camera – with the utmost respect and affection – lifts the lid on the relationships that are formed among this group of women and which occasionally get sullied by visits from female clients who also need to make use of services that the ladies can provide. At these points, not only do we discover the flagrant social differences beleaguering Mexico, but also the fact that the titular big-hearted mama bear sometimes chooses to bare her claws.

This is because, in between its various dialogues and situations, La Mami allows us to glimpse social issues such as gender, social-class and racial inequality, resistance in the face of adversity, the huge importance of family (traditional ones as well as the sisterhood that is built up with friends and co-workers) and the need for women to band together and form a solid alliance.

La Mami was voted Best National Film at the 27th edition of L’Alternativa, and scooped the Special Mention of the Jury at the Málaga Film Festival (Documentary section) and the D’A Film Festival, the FIPRESCI Prize for Best Film at International Film Festival Message to Man (Russia) and the Impulso Morelia/Ambulante Award (Mexico). It was part of the main competition at IDFA and the Official Selection of MoMA Doc Fortnight, SXSW and the Zurich Film Festival.

La Mami is a production by Cacerola Films (Mexico) and Gadea Films (Spain), which secured support from the Mexican Film Institute, the Ibermedia programme and the Ford Foundation. It is managed internationally by Dogwoof and is being distributed in Spain by Elamedia, which releases it in theatres on Friday 5 March.

“I never look for stories; they come to me”

The Spanish filmmaker headed to Mexico City to shoot this excellent documentary that explores the Barba Azul cabaret, a female-dominated world governed by sisterhood, familiarity and empathy

Interview: Adrián Silvestre • Director of My Emptiness and I

“People today are treated like commodities on the market”

Following his second feature, Sediments, the Spanish filmmaker continues to explore the conflicts of trans identity in his new film

Schoolgirls, the most diligent students at Málaga

As expected, Pilar Palomero’s remarkable first work picked up the Golden Biznaga for Best Spanish Film at the 23rd edition of the film festival 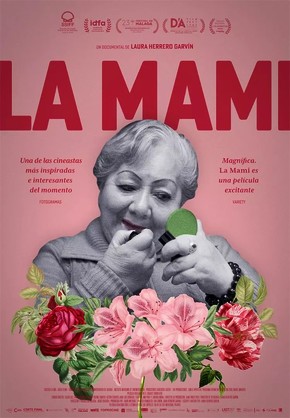 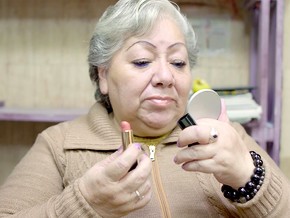