Maryam Moghaddam and Alireza Sanifar in Ballad of a White Cow

Iranian actress-screenwriter-director Maryam Moghaddam co-wrote and co-directed the Berlinale Competition entry Ballad of a White Cow [+see also:
trailer
film profile] together with Behtash Sanaeeha, after the two previously collaborated on two films. She is the star of the feature, and her incredible performance drives this intricately constructed story about innocence, guilt, redemption and forgiveness.

Moghaddam plays Mina, whose husband, Babak, was sentenced to death for murder and executed one year before the story starts. Mina works in a milk-packing factory and takes care of her deaf, but lively and very intelligent, seven-year-old daughter, Bita (Avin Purraoufi). Together with Babak's brother (Pourya Rahimisam), she is suddenly summoned to court, and told that there has been a mistake: the real murderer came forward, so Babak's execution was wrongful, and they will be “compensated the full price for an adult male”.

Of course, they are shocked, but when Mina comes to her senses again, she decides that the money is not enough and takes out an ad in the newspaper to request a public apology, so as to remove the stain from her husband's name. Babak's brother, on the other hand, warns her that his father will sue her as an incompetent mother, obviously wanting a cut of the payment.

One day, an unexpected visitor appears at her door. This is Reza (Alireza Sanifar), who says he was Babak's friend and owed him money that he wants to repay to her. But when Mina and Bita are evicted from the flat by the landlord precisely because she let an unrelated man into her home, Reza also has a solution for that: he rents out a place to her for very little money.

We are not sure what is driving Reza to be so generous, but his body language and general behaviour around Mina show that it is something more than grief. The two gradually get closer, which will lead to many problems for both, and even some tragic consequences.

On one level, the film revisits familiar territory when it comes to Iranian society: the position of women and male entitlement, Sharia law, bureaucratic institutions, and numbing and dehumanising jobs. But on another, much more important one, it deals with more universal topics such as grief, parenthood, the need for justice, guilt, redemption and forgiveness.

Formally and visually, it is a simple, even minimalistic feature: DoP Amin Jafari uses the background architecture, especially doors and windows, as a framing device, often going for symmetry; the living spaces are uncluttered, and the institutions are aseptic and cruelly disinterested. Coupled with the lack of a musical score and with the unobtrusive sound design, it is the perfect ground to explore difficult ethical dilemmas in the intricately developed screenplay. It unravels with a controlled flow and precision, not least thanks to the pacing – Sanaeeha and Ata Mehrad are credited as editors.

This is also why several emotional scenes come crashing down on the viewer all the harder, and their frequency accelerates as the film nears its ending. The image that bookends the feature, of a white cow in a prison courtyard, with men and women lined up against opposing walls, is so intense that the metaphor of the title does not even have to be taken into account, although it has a basis in Islamic tradition and Sharia law.

All of the actors are excellent, including little Purraoufi, whose character is named after a legendary pre-Revolution film, but Moghaddam is nothing short of magnificent. Her worried, nervous, insecure, ordinary woman who turns out to be anything but is built up through subdued emotion, but when she breaks into a silent scream upon hearing her husband was killed for nothing, it has a devastating effect.

Ballad of a White Cow is a co-production between Iran's FilmSazan Javan and France's Caractères Productions, and Paris-based Totem Films has the international rights.

more about: Ballad of a White Cow

“For us, the Eurimages Award is the first sign that a promising film will be made”

We chatted to the Iranian directors to get more information about their new project, which scooped the Eurimages Co-production Development Award at the Berlinale

BERLINALE 2022: Behtash Sanaeeha and Maryam Moghaddam’s project follows the story of a woman who decides to live out her desires in a country where women’s rights are heavily restricted

Among the supported projects are new features by Emily Atef, Nikolaj Arcel and Joshua Oppenheimer

In addition, the Valladolid International Film Festival has handed the Silver Spike to the Spanish title The Odd-Job Men by Neus Ballús, also crowned with the Audience Award

The 66th Valladolid International Film Festival will screen the latest works by Robert Guédiguian, Paul Schrader and Carlos Saura, among many other seasoned directors, plus films by fresh faces, too

Cinema of the future in Saint-Jean-de-Luz

8th edition from 4 to 10 October for the International Festival of the Basque seaside town with, in particular, a competition of ten titles where the Golden Lion Happening shines

A Chiara by Jonas Carpignano, Life of Ivanna by Renato Borrayo Serrano and The Fam by Fred Baillif each nab a Golden Eye

The French agent sells Compartment No 6, which is gracing the competition, Moneyboys in the Un Certain Regard section and Softie, set for a screening in Critics’ Week

The festival’s special edition, which unspooled from 9-20 June, saw the triumph of Maria Speth’s Mr Bachmann and His Class and Luiz Bolognesi’s The Last Forest 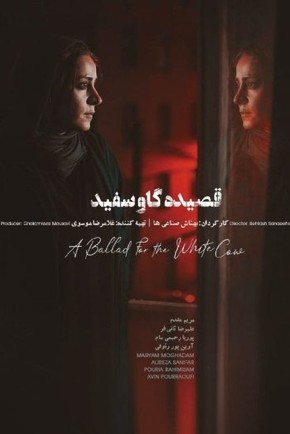 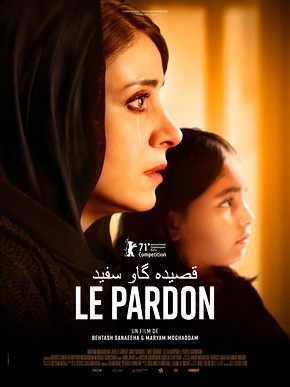 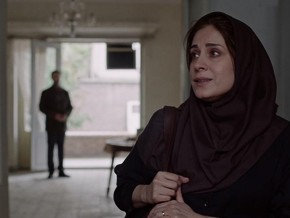 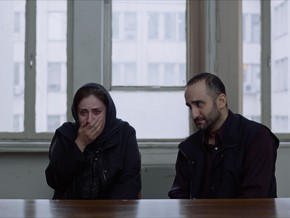 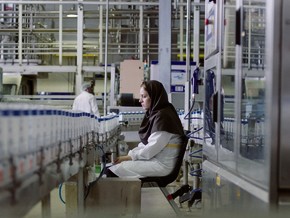 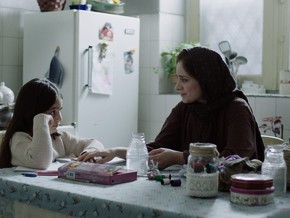