05/03/2021 - BERLINALE 2021: Damien Odoul embarks upon a sensational, fragmented experience following the thoughts of a boy with Down Syndrome as he reinterprets reality in his very own way

Théo Kermel in Theo and the Metamorphosis

"I need to reinvent my life, to take the ultimate risk of changing, of total imbalance". Just like the main character in his new cinematic adventure Theo and the Metamorphosis [+see also:
trailer
interview: Damien Odoul
film profile], a film presented in the 71st Berlinale’s Panorama line-up, Damien Odoul only feels comfortable in an outside-of-the-box context, engaged in a lively existential quest that’s both fun and playful, a solo dive into the deepest depths which we’re not sure we’ll come out of unscathed, if, indeed, we ever return. But how could this aspiration to another world within our own world - a place where our imagination can redefine our surroundings, a paradise lost ensconced in nature - be expressed in film? Clearly, recreating an inner world which can freely imagine things as it pleases without losing touch with reality isn’t within the range of just any old filmmaker. But we’re in luck because Damien Odoul isn’t just any old filmmaker, though we do suggest you fasten your seatbelts (after the breath-taking opening sequence) because the landscape is simply staggering.

"They call us the wooden men". The inner voice of Théo (Théo Kermel), who prefers to be called To, "guides" the film’s very many extravagant ups and downs. And this is perfectly normal given that we’re in the head of a young man diagnosed with Down Syndrome and living, with his father (Pierre Meunier), in utmost isolation within a forest encircled by towering mountains. In Théo’s mind, these surrounds are "a secret training camp to become a martial arts master", "a peaceful warrior" (though as he points out: "I’m not peaceful"). His mother is dead, but to give a vague idea of the overall tone, our endearingly innocent protagonist believes that "she was the first woman to climb Everest, and she was the Virgin Mary too, I think".

Sun-filled days (mostly spent naked) are punctuated by exercises aimed at boosting his Chi and finding inner balance: slaying four flies, cleansing himself in a sweat lodge, practicing Thai kickboxing, skimming stones, walking in the forest (Théo is convinced that he’s responsible for making the film’s many animals appear), practicing jujitsu with a baby rabbit and hypnotising himself in order to join with his double: Tao. His father, meanwhile, leads a relatively normal life, until the day he is killed by his son. And if you feel that events to this point have already tested the boundaries of madness, they’re nothing compared with what follows on Théo’s psycho-physiological trip…

A shakti snake-woman, a blue-haired ninja, Bob Marley reborn as a dog, Jesus and his secret twin brother, "floating book", "trail fox", "drunk monkey"… In a “multiworld” characterised by endless transformations, Theo and the Metamorphosis juggles its many elements, keeping pace with the main character’s chaotically joyous energy, against a backdrop of cryptic references to Asian spirituality. The film is an extraordinary poem probing the unconscious mind, the coherence of which is a veritable tour de force, and it isn’t lacking in humour either. But, ironically, it all begins to feel a tad tiresome once the initial element of surprise has worn off. Thrust into the film without explanation, Martinus von Biberach’s words "I come from I don't know where, I am and I don't know who, I die and I don't know when, I drive, I don't know where" perfectly sum up the power but also the limits of this work by a very talented artist who has made the decision not to restrain his true nature.

Theo and the Metamorphosis is produced by Kidam together with Bord Cadre films, in co-production with Wild Bunch, Same Player, Transpalux, ABS Productions and Freestudios.

more about: Theo and the Metamorphosis

Interview: Damien Odoul • Director of Theo and the Metamorphosis

BERLINALE 2021: We talked to the French director about his new experimental film

BERLINALE 2021: Damien Odoul embarks upon a sensational, fragmented experience following the thoughts of a boy with Down Syndrome as he reinterprets reality in his very own way

Damien Odoul is back with Theo and the Metamorphosis

Produced by Kidam in league with Bord Cadre Films, the director’s 9th feature is set to be unveiled in the Berlinale’s Panorama line-up, with Théo Kermel and Pierre Meunier in lead roles 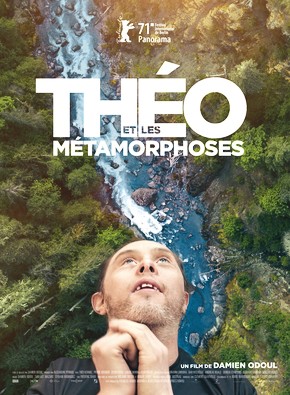 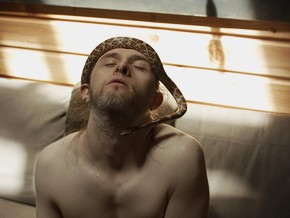