05/03/2021 - BERLINALE 2021: On the verge of retirement, a sixty-something mechanic and ex-limo driver ponders the big stuff, in this sleepy docufiction hybrid by Portuguese filmmaker Susana Nobre

After making a slight detour into fiction with 2018's Ordinary Time [+see also:
film review
trailer
film profile], Susana Nobre doubles back into her prior documentary lane with Jack’s Ride [+see also:
trailer
interview: Susana Nobre
film profile], a neat hybrid of the two impulses. However, she risks undermining her rich subject matter with an overly fussy stylistic approach, where no five minutes of the 70-minute film are alike. The entirely Portuguese production had its world premiere early this week in the Berlinale’s Forum section.

Jack’s Ride has all the ingredients to be a richly insightful and stylish work, but can’t seem to decide on the best aesthetic for relating the story, or which of its melange of themes to build the film around. What’s undeniable is the unique character at the film’s centre, whose statuesque frame adorns what are, at the very least, some of the most eye-catching marketing materials of the festival. This is Joaquim Veríssimo Calçada, a dignified skilled labourer who’s undergone an eclectic career at home and abroad. At 63, retirement is looming, but economic forces have veritably made this decision on his behalf. Having been downsized at OGMA, the Portuguese aerospace company where he worked as an engineer, his only sustenance depends on following the indignities of the country’s benefits system. The opening act is very much I, Jack’s Ride, following Joaquim’s legwork as a jobseeker on his paper trail, with the signed stamps from the employers he speculatively visits the only thing guaranteeing his benefits.

The main issue with the film as it proceeds is a meandering sense of indecision. Where stories of relieving economic hardship are often very goal-oriented, from the Neo-Realist tradition onwards, the long car journeys between potential jobs our protagonist undertakes are cause for reminiscence and nostalgia. Nobre and Joaquim unveil, in the manner of an over-friendly stranger on a park bench, the entirety of his life story, played out in an essay film-like voice-over and amid several stylised flashback sequences. We learn that Joaquim lived in the United States in the prime of his working life, working predominantly as a New York cabbie and then as a limo driver serving some celebrities and finance world hotshots. Moony and solemn pronouncements are made on financial boom-and-bust cycles, and America’s deceptive economic self-image is contrasted with austerity-ridden 21st century Portugal. Most convincingly, Nobre shows how a lifespan such as Joaquim’s can transcend and benefit from two deeply diverging national cultures, underpinned by Portugal’s own emergence out of Salazar’s dictatorship.

In an erratic fashion, Jack’s Ride reaps inspiration from filmic sources that sit together incompatibly: the Akerman of News from Home and Scorsese; 70s cop shows (in an eccentrically incongruous opening credit sequence) and Kaurismäki’s fetishism for mid-century popular culture. There is something more direct and transparent at the film’s centre, and its referential nature only distorts this. Towards the end, Joaquim actually admits he’s had a “wonderful life” far beyond the expectations of his parents, an odd sentiment (given what we’ve seen) that epitomises the filmmakers’ awkward attempts to prise a film out of this complex man’s life.

BERLINALE 2021: The Portuguese director presented her documentary with fictional elements in this year's Forum section

BERLINALE 2021: On the verge of retirement, a sixty-something mechanic and ex-limo driver ponders the big stuff, in this sleepy docufiction hybrid by Portuguese filmmaker Susana Nobre

The Berlinale Forum slaloms between fiction and documentary

The Berlin International Film Festival has announced the line-ups for its Forum, Forum Expanded and Shorts sections 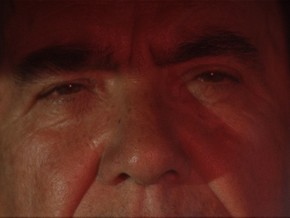 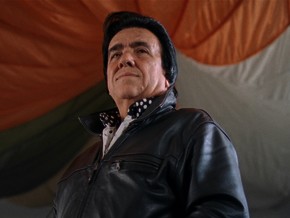 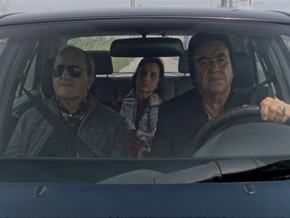