11/03/2021 - Guillermo Benet's first feature is a nerve-racking portrait of a group of people confronted with a harrowing situation, ramping up the tension with off-screen plotting and skilful use of sound

What would any of us do if we found ourselves unexpectedly thrown into extreme circumstances? How would we react, act and reflect, and how far would we hold ourselves responsible? How would this experience shape the rest of our lives, and how would we deal with the consequences? It’s a similar predicament to the one in which David Victori places recent Goya-winner Mario Casas in his sophomore feature, Cross the Line [+see also:
film review
trailer
interview: David Victori
film profile], except in Los inocentes [+see also:
trailer
interview: Guillermo Benet
film profile], first-time director Guillermo Benet multiplies the number of characters by six and condemns them to suffer through one fateful night of drama — desperate, life-altering and almost unbearably tense

The title, a highly charged blend of meaning and irony, refers to the young men and women who, quite unwittingly, react in contrasting ways to a tragic, chaotic and confusing event. Although they all play a role, some more active than others, no official charges are ever brought against them. One tries to numb out from the cruelties of reality, turning to drugs and sex; another accepts a certain (probable) guilt; others take refuge in anger and defensiveness. Each displays one possible (and plausible) response, born of profoundly human emotions.

The film is divided into six sections, one for each of our unnamed protagonists (thus preserving the anonymity of those involved). Adopting a similar technique to that used by Akira Kurosawa in Rashomon, and in the US TV series The Affair, it depicts the same event from multiple perspectives, depending on each character’s specific actions. Confining the action to a square 1:1 ratio, the camera batting around restlessly as each chapter begins, only to fall still when it becomes clear there is no prospect of escape, Benet and his crew make effective use of off-screen action and full-throttle sound to create an almost palpable dramatic tension. In this respect, it has much in common with Son of Saul [+see also:
film review
trailer
Q&A: László Nemes
interview: László Rajk
film profile], the award-winning film by Hungarian director László Nemes, who also succeeds in establishing a powerful emotional bond between the audience and his central characters.

Those we meet in Los inocentes are similarly trapped in their own heads, living different experiences and coming to fundamentally irreconcilable points of view. This aspect of the film feels painfully on-point at this particular sociohistorical juncture, when brute individualism holds sway over empathy, community and collaboration.

Submerged in this potent atmospheric cocktail is a meticulously constructed brain-twister cooked up by Benet and his cowriter Rafa Alberola, enhanced by outstanding performances by Pablo Gómez-Pando, Violeta Orgaz, Pilar Bergés, Raúl de la Torre, Olivia Delcán and Susana Abaitua (who shot to fame as a star of the TV series Patria). Ultimately, the film refrains from passing judgement on those who are, after all, victims of their own instinctive decisions and snap responses, leaving them no time for the necessary cool-headed reflection. For all of them, this tragic night will be a watershed moment, the promise of music, cocktails and fun having collapsed into dust.

Los inocentes was produced by Vermut Films, Garde and Tasio. It is scheduled for general release in Spain on Friday 12 March, distributed by El Sur Films.

“Nobody prepares us to deal with extreme situations”

Guillermo Benet's first feature is a nerve-racking portrait of a group of people confronted with a harrowing situation, ramping up the tension with off-screen plotting and skilful use of sound 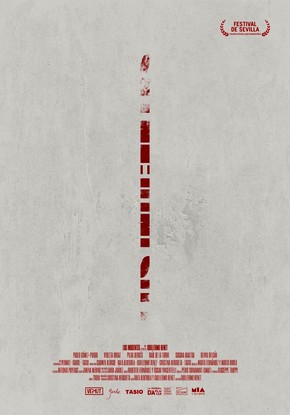