Greta, so famous now that she can go by her first name only, just like Malala. The kids behind The March for Our Lives. Thandiwe Abdullah, co-founder of the Black Lives Matter Youth Vanguard, and so on and so forth. Nobody in their right mind could still be surprised by children and young adults changing the world. Franz Böhm's Dear Future Children [+see also:
trailer
film profile] – shown at the FIFDH, in the Creative Documentary Competition – follows three other activists, each fighting their respective fight: be it climate change, the need for social reform or political independence. Which makes this film both timely and somehow repetitive, as it hardly brings anything new to the table.

Jumping between Hong Kong, Uganda and Chile, for the most part, Böhm lets his protagonists speak freely, interrupted only by the voices of journalists providing some background info as to what's unravelling here. And this, while understandable, as this way they get to control their own narrative, puts the production into the made-for-schools category, rather than cinema. They explain, a lot, adding a mention or two of the fighters who came in before, and while their stories could certainly inspire others to put words into practice for once, it doesn't make for a better viewing experience. But it’s informative, yes, so you certainly learn something.

What's striking, however, is how eagerly adults seem to welcome this new generation of doers. “You are the ones who need to watch out,” says one of them, and all that's missing is Pontius Pilate’s gesture of washing his hands of the crucifixion. They like the power, if they happen to have it, but not the responsibility. However, these kids seem to know that already, tired of their promises, of lies, tired of their inability to answer one simple question – which would be almost laughable if it wasn't making their lives that much harder each day. It's obvious, watching this film, that the shift has already happened, and if while growing up you stop believing in fairies, you also stop believing that grown-ups know better. In both cases, there is just not enough evidence to prove otherwise. Especially when your own teacher says that climate change is “God's plan”, so you’d better accept it.

No wonder these are rather no-nonsense dreamers, practical and clear-headed, more eager to come across zombies than the military in one of their nightmares. It makes sense – they are slower. Pepper, Hilda and Rayen have seen a lot, and they had to sacrifice quite a bit, too, as sticking to your beliefs doesn't come cheap these days, or any days, for that matter. Which is why any sign of these girls actually “acting their age” is so precious, like Hilda's enthusiasm before an important speech that, for once, she is not trying to hide or temper.

The FIFDH announces the winners of its 19th edition

Shadow Game by Eefje Blankevoort and Els Van Driel, and Byambasuren Davaa’s Veins of the World, have received the Grand Prizes of the festival

The kids are not alright in Franz Böhm's documentary, but it doesn't stop them from trying 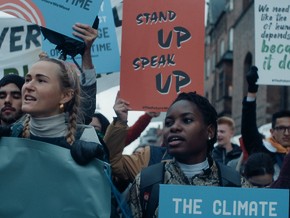 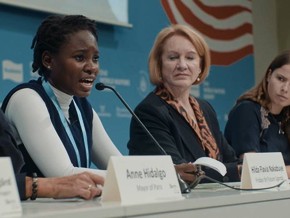 International and domestic animation collide at the Czech Republic’s Anifilm