18/03/2021 - BERLINALE 2021: Aliaksei Paluyan’s powerful documentary shot in Minsk during the anti-government protests captures the sheer horror of living a life under tyranny

Aliaksei Paluyan, whose feature-length documentary Courage [+see also:
trailer
interview: Aliaksei Paluyan and Jörn M…
film profile] had its world premiere in Berlinale's Berlinale Special this year, merges the work of a director with that of a war correspondent. He and one of his cinematographers, Tanya Haurylchyk (the other one being Jesse Mazuch), are in the midst of massive protests that took over the Belarusian streets in summer 2020, right after the presidential elections were rigged, thus further extending Alexander Lukashenko’s 25-year rule.

“It’s no longer a dictatorship; it’s tyranny,” observes one of the film’s protagonists. And aptly so, as we learn while watching Courage that people are still being silenced, persecuted, kidnapped and killed, which seemed to be a thing of the past, buried along with Ceaușescu’s Romania, Hoxha’s Albania and Franco’s Spain. It’s hard to believe, even living in Belarus’s neighbouring Poland, where the conservative party keeps stifling civil liberties, that such tyranny can exist in the third decade of the 21st century in Europe.

The “educational” aspect of Courage shouldn’t be underestimated; however, Paluyan’s film is also a striking portrait of the human spirit, bravery and persistence. What was initially supposed to be a documentary about an independent theatre company that discusses current affairs and politics in its stage plays also evolved into a portrait of a generation that spent the best part of their early and mid-adulthood in the shadow of Lukashenko’s iron fist, with art being their only way of fighting against the injustice.

Maryna Yakubovich, Pavel Haradnizky and Denis Tarasenka disagree with the notion that nothing will ever change in their country and that the president is invincible. When election day is nearing, they, along with their colleagues and friends, prepare to monitor the process as well as the results; once it’s clear that they were indeed rigged, the protests erupt, and people spill out onto the streets. Paluyan is everywhere where the budding revolution is – next to the parliament or at the monument called the Obelisk, where the OMON special-purpose police push people down the streets, or try to arrest them and bundle them into special buses. The footage is stunning and shocking, also because Haurylchyk has a knack for visual metaphors, which make the tension even more palpable.

Lukashenko seems to be a monster of mythical proportions, who can’t be defeated, but the people are still fighting him, displaying all the different shades of courage. What is also interesting in what Paluyan’s film conveys is the ambiguous role of the movie camera, used by the two sides of the conflict. The government police use it to scare citizens off the street, as recording their faces is considered to be a serious threat to safety. On the other hand, the protesters turn on their smartphones to both document the historic moment and get a sense of security by taping the OMON forces, as if they would call a halt to their acts of violence, scared that they are no longer a secret. Unfortunately, the scourge of tyranny is not easily intimidated by the risk of being exposed. However, it’s the director’s honest belief that a recorded image is powerful enough to eventually destroy Lukashenko’s power, just like a mirror led to the annihilation of Medusa.

Courage was produced by German firm Living Pictures Production and is represented internationally by sales agent Rise and Shine.

“We were prepared for the shoot, but we were not naïve – we knew we might get arrested”

BERLINALE 2021: We chatted to the team behind this film, which was shot in Belarus, also during the heated protest that swept through the country after last year’s presidential election

Flee runs off with the Millennium Docs Against Gravity Grand Prix

Jonas Poher Rasmussen’s movie has come out on top in the international competition of the Polish gathering, while Karol Pałka’s Bucolic topped the national one

Taking place both in cinemas and online, the Austrian gathering will present 123 titles and award a total of €30,000 in financial prizes across five competitive sections

The festival dedicated to biographies and life stories is returning between 4 and 14 June, in Bologna and online, boasting a total of 106 films 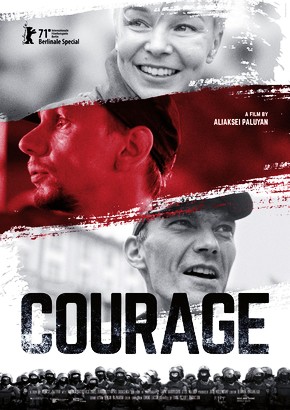 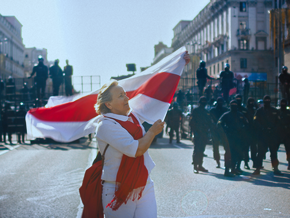