19/03/2021 - Tom Cruise had better watch his back, as there’s a serious rival on his heels: a charismatic older gentleman on his own Mission Impossible to investigate suspected abuse in a care home for the elderly

Sergio Chamy and Rómulo Aitken in The Mole Agent

We use comedy to talk about difficult subjects, coating them in humour so they make their way through, subtly and in the form of laughter, to an audience that just wants to be entertained. In The Mole Agent [+see also:
trailer
interview: Maite Alberdi
film profile], Chilean filmmaker Maite Alberdi has added a further twist to this well-known technique by stirring in the intrigue of the spy film genre, concocting a compellingly plotted blend that softens the bitterness of the issues being addressed.

Half documentary, half fiction, this European/US coproduction is one of five films nominated for the Best Documentary Feature category at the upcoming Oscars. It was a surprise nomination that testifies to the sweet taste it left in the mouths of those lucky enough to sample it on its epic festival tour, beginning at Sundance in the World Cinema Documentary Competition. It would, of course, go on to take the Audience Award for Best European Film at last year’s San Sebastián International Film Festival.

The film’s premise could not be more topical: following a rigorous selection process, octogenarian Sergio Chamy is tasked with an unusual investigative mission. He is to go incognito in a retirement community to make sure its residents are being treated with the attention and respect they deserve, reporting back to the daughter of a woman under its care. Armed with some high-tech gadgetry (a mobile phone being a complete enigma to someone who grew up in the analogue age), by passing himself off as just another resident, our rookie “Charlie’s angel” will uncover truths that anyone would find hard to swallow.

Alberdi has worked closely with a group of older people before in the highly recommended La Once, where we listen in on a circle of women as they drink tea together every afternoon, watching the gang progressively reduced by the cruel passage of time. Here, she displays a consummate skill for capturing the everyday dynamics of institutional life, revealing how so many residents preserve their youthful spirits and try to rise above solitude, isolation and remoteness from their families, who stuck them here so they wouldn’t have to take care of them.

For many older adults, social distancing did not begin with COVID-19, but at the moment society began seeing them as a different human species. Not once slipping into melodrama, Alberdi strikes a perfect balance between humour and criticism, exposing the lived reality of a cast of characters as likeable as they are intriguing, and opening our eyes to a stage of life that, although as valuable and worthy of respect as any other, we try to erase from our own daily experience.

The Mole Agent is a coproduction between Chile (Micromundo), the USA (Motto Pictures), Germany (Sutor Kolonko Filmproduktion), the Netherlands (Volya Films) and Spain (Malvalanda). UK company Dogwoof is handling international sales. It is scheduled for release in Spain this Friday, 19 September, distributed by BTeam Pictures.

more about: The Mole Agent

“Old people dare to say what they think”

Between its enthusiastic reception at Sundance and San Sebastián and an Oscar nomination for Best Documentary, the Chilean filmmaker’s latest offering has met with spectacular success

Tom Cruise had better watch his back, as there’s a serious rival on his heels: a charismatic older gentleman on his own Mission Impossible to investigate suspected abuse in a care home for the elderly

The Father is the most nominated European film at the Oscars

Another Round gets a surprise Best Director nod for Thomas Vinterberg, while Collective makes history as the first Romanian film in the mix with not one but two nods 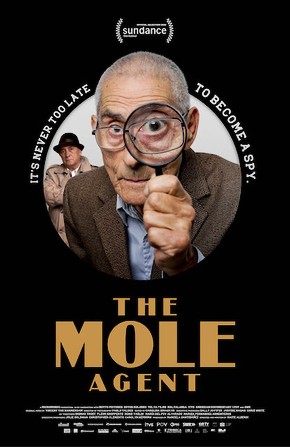 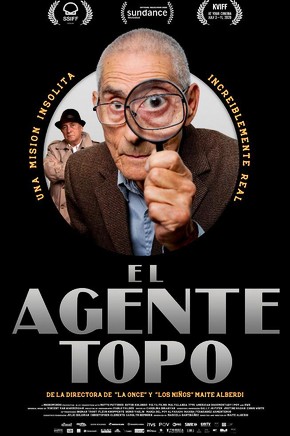 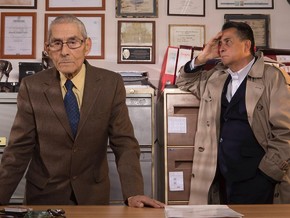 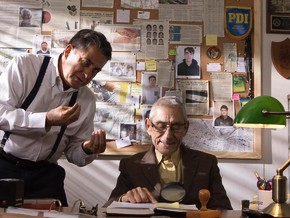 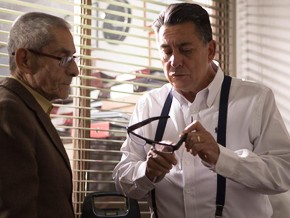