22/03/2021 - In his first feature as a director, Finnish filmmaker Alex Noyer just about pulls off a cross between a character study and a gory, supernatural horror movie

For his 1995 masterpiece of an album Outside, David Bowie came up with the concept of murder as a work of art. In his first feature as a director, Sound of Violence [+see also:
trailer
interview: Alex Noyer
film profile], which has world-premiered in SXSW's Midnighters section, Finnish writer-producer Alex Noyer turns music into violence and murder into music, just about pulling off a cross between a character study and a gory, supernatural horror movie.

The film opens in 2002, when our (anti-)hero Alexis (played as a kid by Kamia Benge, and as an adult by Leftovers' Jasmin Savoy Brown), who has lost her hearing due to an accident, witnesses her PTSD-afflicted veteran dad kill her mum with a cleaver. As he keeps chopping, the kid goes to the kitchen and comes back with a meat tenderiser. She slams it into her dad's head, and experiences an explosion of colours and sounds – and her hearing comes back.

Fast-forward 18 years, and Alexis is an experimental musician, a DJ and a teacher in a music school. She lives with her room-mate Marie (Lili Simmons) in an unspecified big US city, and still keeps a bunch of mementos from her family home in an SUV parked in a garage along with tons of music equipment.

The feeling that Alexis is chasing is not exactly clear: it is not sexual, but when she gets the sound she feels she needs, Noyer surrounds her with lights and colours pulsing to its rhythm, the emotion on her face registering as pure bliss. In a scene early on, she puts a homeless man in a contraption connected to a sound processor and drum machine, and as she plays it, the victim gets hit by hammers and stabbed by knives. She records these sounds and later uses them in her music.

It would be a pity to spoil the more creatively violent segments that follow, as this is when the film works best. As for the character study of Alexis, this is more of a bumpy road for Noyer, because how do you make the audience relate to a psychotic killer? It's not easy, even with the childhood trauma in play, but at the very end, Noyer manages to wrap it up to a relatively satisfying degree.

With an obviously low budget, the film turns out to be accomplished mostly thanks to solid practical visual effects by Robert Bravo, DoP Daphne Qin Wu's awareness of what can look good on screen and what is better to avoid, and the sound design and editing, supervised by Jussi Tegelman: the various ways the body sounds when it is hurt and the blood spurts out or splashes the surroundings are very visceral and literally squirm-inducing.

On the other hand, the film editing by Hannu Aukia and Vertti Virkajärvi sometimes feels too choppy, and the casting is not always top-notch, despite the very good pick for the lead – the accent of British actor James Jagger, who plays Marie's boyfriend, sticks out like a sore thumb.

Sound of Violence is a co-production by Finland's No-Office and US company You Know Films.

more about: Sound of Violence

“I could go up to people and say: ‘My movie is about a killer who makes music through her murders’”

Finnish-American slashers are not standard fare these days, so we took the opportunity to delve deeper into this one just before its premiere at SXSW

In his first feature as a director, Finnish filmmaker Alex Noyer just about pulls off a cross between a character study and a gory, supernatural horror movie 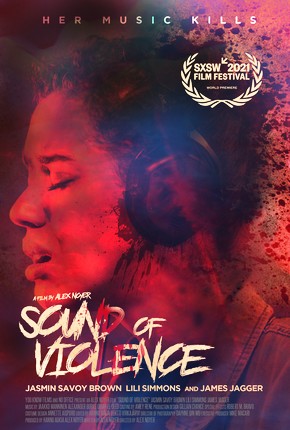 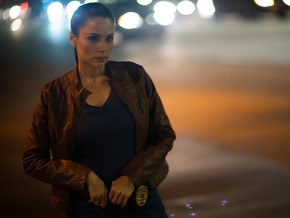