26/03/2021 - Margarita Ledo Andión’s documentary is a sensitive and compassionate exploration of how a group of hard-working women found themselves, not so very long ago, fighting for their most basic rights

We live in the age of the story. For quite some while, we have been aware that what is left untold no longer exists. It makes sense, then, that we should feel a fervent desire to cast light on shadowy corners, to tell the stories that help us make sense of who we are. In Spain, Luis López Carrasco did just that in The Year of the Discovery [+see also:
film review
trailer
film profile], taking stock of all our preconceived notions about the country’s “modernisation” period, perceived by many as some irretrievable golden age. The power of the media has always been helpful in constructing grand narratives, accessible and engaging for the masses, that frame our understanding of the system and its particular interests. The Galician director Margarita Ledo Andión understands this well, and her committed, activist filmmaking has always been drawn to stories that most of us have never heard. By bringing them to light, she demonstrates their importance in helping us truly understand our past, and how they reverberate through time to touch our present and our future.

In Nation [+see also:
trailer
interview: Margarita Ledo Andión
film profile], winner of the Special Award for the Best Spanish Film Director at last year’s Seville International Film Festival, Ledo Andión introduces us to a group of women working at the Pontesa ceramics factory in the Galician town of Arcade. The factory itself is part of a larger industrial complex that went through a number of boom cycles between the 1960s and its retirement in 2001. We begin in the present, the woman still fighting for reparations after being denied basic rights during the redundancy process. We hear their stories direct from the source, as they recount their experiences of working double shifts and juggling multiple roles in the production chain, building up a picture of a troubling reality that has yet to be resolved to their satisfaction. Ledo Andión’s gaze urges us to listen closely. The women we meet are proud of their work at the factory, a source of both financial independence and personal satisfaction. It becomes clear that it opened the door, just a tiny crack, to a kind of freedom hitherto available only to men. But when that door is slammed in their faces, it’s impossible not to feel their hurt. How could anyone trample the dignity of these honest women, without any consequences at all? How can it be that it is now 2021, and they are still waiting for some kind of compensation?

As we ponder these questions, we realise that the scars these women carry are borne by thousands of others throughout Galicia — women used as cheap, efficient labour in flourishing industries, women who raised children and kept their households afloat through sheer love and hard work. Ledo Andión places us face-to-face, looking right into their eyes, until we understand that Galicia’s future cannot begin to be mapped out until woman can live fair, dignified and meaningful lives in the present.

As well as a sensitive and wholly engaged social portrait, Nation is a film of great artistic ambition. The camera’s steadiness as it observes these women in the present day, capturing every step, every gesture, is in striking contrast to the frenzied activity of the factory depicted in old video footage, and the raw violence of scenes where striking workers are charged by the police. The involvement of artist Mónica de Nut and actress Mónica Caamaño, hugely expressive performers able to acclimate their bodies and voices to the landscape, add to the poetry of the whole, further enhanced by an exquisite score by Mercedes Peón.

Nation was produced by Nós Productora Cinematográfica Galega, and goes on release in Spain today, 26 March.

“My film is an anti-power movie: in particular against that of the patriarchy”

With this documentary revolving around a feminist struggle, the Galician director scooped the Special Award for Best Director of a Spanish Premiere at the most recent Seville European Film Festival

Margarita Ledo Andión’s documentary is a sensitive and compassionate exploration of how a group of hard-working women found themselves, not so very long ago, fighting for their most basic rights 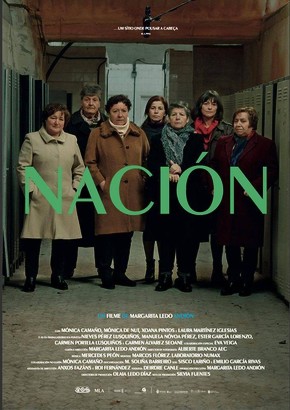 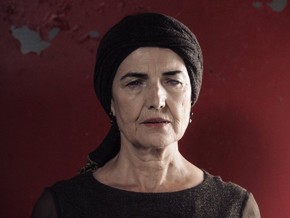 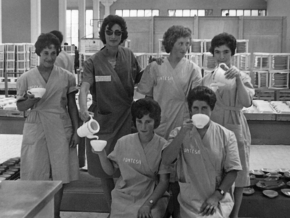 A privileged observer of the film festival landscape, the CEO and co-founder of Festival Scope offers his insights on the future of online and hybrid film festivals
David Herdies & Georg Götmark • Directors of Bellum – The Daemon of War