"Never! Get out! Out! Be cursed, you’re no longer my son. I’ll have your head served up on a platter! – We’re sick of living by your rules – I’m going to shoot you, no word of a lie!" In the streets of Keskincik, a small village composed of chaotic concrete buildings in the Turkish province of Hatay, a great calm reigns. Yet the situation in director Ahmet Necdet Cupur’s family home has reached boiling point as they wrestle with deeply rooted generational conflicts which see Mahmut and Zeynep (the filmmaker’s brother and sister) pitted against their parents. What’s at stake? Individual freedom in an environment plagued by tradition and dominated by religion and conservatism. Having left 20 years previously, the oldest of the siblings - a former civil engineer turned documentary-maker - is called to the aid of his brother and sister. He returns home in January 2018, armed with his camera, which he sets up in the midst of this battle of Hernani, unfolding in nigh-on huis clos style, between elders and their modern offspring. Out of this immersion comes Ahmet Necdet Cupur’s brilliant feature film debut, Les Enfants terribles [+see also:
trailer
film profile], which was unveiled in the 52nd Visions du Réel Festival’s international competition.

Made over three separate periods in time (the narration subsequently jumps forward to September 2019, before leaping forwards yet again to assess the state of play one year later), the film examines two distinct yet interrelated issues as it captures the stormy and unfiltered inner workings of the family on camera. For tenacious Zeynep, it’s the stiflingly strict limits imposed upon women that must be confronted. This seamstress who works in a factory enrols on a long-distance learning course to help pass her BAC and to open up the possibility of a future at university and an independent life in Antakya, thirty kilometres or so from her village. But neither her father ("over my dead body", "you should be grateful I’m still letting you talk to me", "I don’t want to hear any more about it") or her mother ("do you know any other girls from this village who have left?", "find a husband and leave", "God created me to stay at home") will allow it. Virulent and anger-provoking (and despair-filled) arguments ensue for this young woman whose insistence upon equal rights for boys and girls falls on deaf ears, under the gaze of her third brother Cemal, who has returned after five years of living alone, who explains the great financial complexities of an independent life to his sister, who incurs the wrath of his father with every little remark he makes ("we’re countryfolk. We have our own way of life, our own faith and traditions. If you can’t respect us, you know where the door is") and who ultimately ends up leaving once again.

The second main character is Mahmut, a restaurant manager in Kuwait who has left 17-year-old Nezahat, whom he married two years previously, back at his parents’ house ("she’d never left her home, she was terrified, helpless… That was when I realised my mistake", "it was my parents who wanted that marriage"). He wants to divorce her, without being cruel, in the name of love. It’s a tall order, to say the least, and his parents and their entourage try to put a stop to his plans using all forms of pressure imaginable, resulting in relentlessly fierce exchanges ("everyone says it’s immoral, even the imam. He wants to abandon her, just because he doesn’t love her?").

These two Gordian knots and their highly charged oscillations are faithfully recorded by Ahmet Necdet Cupur (who also appears in this documentary) in this remarkable work which gets up close and very personal with its protagonists, but which also knows how to step back (by way of beautiful scenery, subtle lighting, apposite music and skilful editing) and move away from the "battlefield" of the family home, where a microcosmic generational shift is taking place - a predicament which will resonate with many different audiences and which anyone will be able to identify with, regardless of cultural differences.

Les Enfants terribles is produced by French firm TS Productions together with Germany’s Jyoti Films and Turkey’s Liman Film, and is sold worldwide by Deckert Distribution.

Ahmet Necdet Cupur’s feature debut is an intimate story of clashes between generations, and between the past and the present

Welcoming 48 projects from around the world, more than 150 film professionals and a top-notch line-up of Masters, the Qatari event is aiming to shine the spotlight on new voices

Three new projects will be supported as part of the latest slate, which was revealed during the 27th Filmfest Hamburg 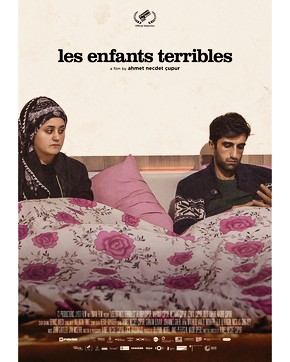 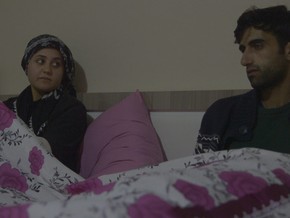