Vlad Păunescu shows how history shapes a man in his second feature, The Ladder 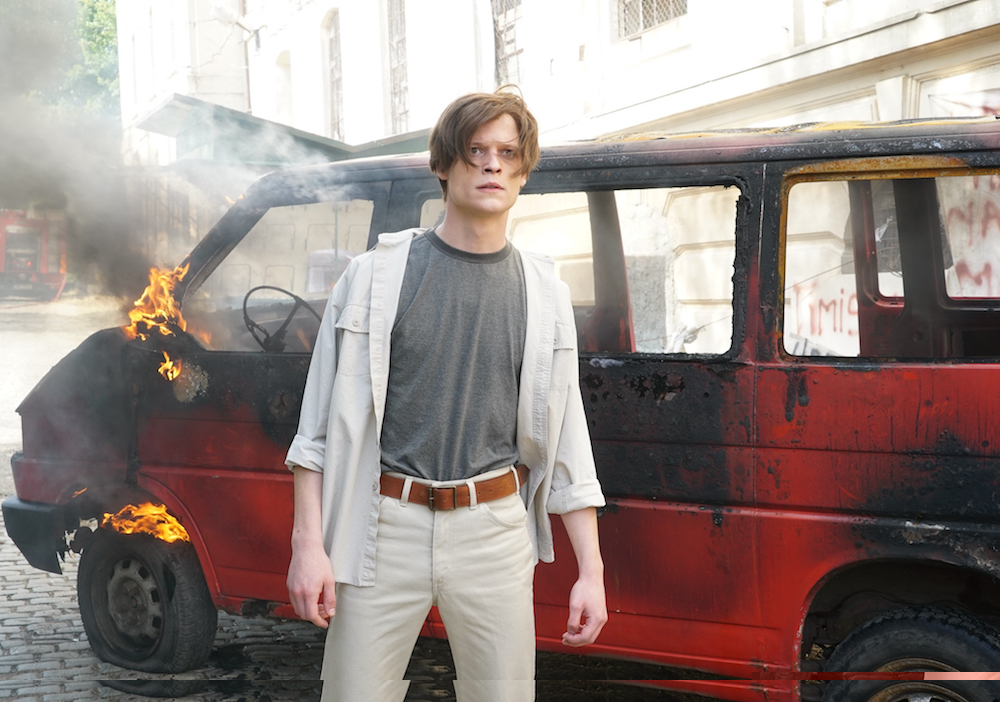 Eduard Trifa in The Ladder

Following his feature debut in 2015 with Live, Romanian director and producer Vlad Păunescu goes back three decades in his country’s history with sophomore feature The Ladder. The film is being staged by Păunescu’s Castel Film, with Miruna Gheorghiu serving as executive producer.

The screenplay, written by Constantin Chelba and Păunescu, centers on Andrei, a young actor who has already made a name for himself as one of the most promising talents of his generation. Andrei will become involved in various events leading to the Romanian 1989 Revolution and also in the violent Mineriads, where Romanian miners clashed against the country’s intellectuals in Bucharest in 1990 and the following year. Deeply changed by these experiences, the protagonist will make an unexpected decision. According to Păunescu, The Ladder is based on (but not totally faithful to) the life of Romanian actor Dragoş Pâslaru.

The project has a budget of approximately €1.9 million, with about €450,000 coming from the Romanian National Film Center. The Ladder was shot over six weeks at the end of 2019, in various locations in Bucharest and in the cities of Brăila and Piteşti. Alexandru Sterian is the director of photography. Eduard Trifa plays the protagonist, with Ana Maria Guran, Dragoş Galgoţiu, Ioana Crăciunescu, Horaţiu Mălăele, Ioan Andrei Ionescu and Voica Oltean playing secondary characters.

Vlad Păunescu tells Cineuropa that the motor behind his film was showing “the unfortunate encounter between a young actor and the communist regime.” The director also says that the Romanian youngsters should know more about the 1989 Revolution and the events that had led to it. About recreating the very specific atmosphere of the 1980s and 1990s, the director says he was “very lucky to return to the town of his teenage years, Brăila, where I encountered the architecture of Bucharest in those times.” “Together with the film’s production designer, we tried to recreate as accurately as possible an era I lived through. It was more difficult than expected to design those colorless living spaces, overly crowded with objects that one had no idea when one would finally need them,” the directors explains, adding that some of the buildings destroyed in the 1990s were brought back to life with CGI for his film.

The Ladder will be domestically released in September, with Transilvania Film serving as national distributor.