05/05/2021 - Jo Sol presents his most serene and stylised film to date: shot in black and white, set in the Pyrenees and with a profound existential message shimmering through every scene

The first I ever heard of Armugan [+see also:
trailer
interview: Jo Sol
film profile] was two years ago, at the Huesca International Film Festival, where writer and director Jo Sol, producer Leo Dolgan and director of photography (and coproducer) Daniel Vergara were making a pitch for their nascent project. Months later, it cropped up at Abycine Lanza, where it was presented with the MAFIZ award. The finished film made its global premiere at the 2020 Black Nights Festival in Tallin (leaving with two prizes: the Best Film award from the Ecumenical Jury and Best Soundtrack), enjoyed an exultant run at the Nantes Spanish Film Festival and has now touched down in Barcelona for the D'A Film Festival, just weeks before it is scheduled to go on general release on 28 May.

The first thing that really strikes us about Armugan is its stylised look, filmed entirely in black and white — a bold choice that few attempt these days, with the exception of the odd legendary name like David Fincher. The result is a sweeping, painterly aesthetic that manages to be eerie, realistic and ravishingly beautiful all at the same time, its shadows and shades of grey leaving an enduring impression of both the grandeur of its stunning natural setting and the intense intimacy of its relationships. The second is its plot: the film sticks closely to its titular protagonist, a man who may be short in stature but is possessed of great spiritual strength, called upon to guide the dying out of this wretched world.

Armugan (portrayed by Íñigo Martínez Sagastizábal) travels around on the shoulders of Anchel, (Gonzalo Cunill), his only companion in his remote mountain home other than a lonely flock of sheep. But loyal Anchel is much more than a servant: it is clear that the two share a relationship of deep affection and respect and, above all, a desire for immortality — an inexorable drive to leave a lasting legacy. All of this makes Armugan a profoundly spiritual and poetic film, one that explores universally pondered questions with great power and sensitivity. In particular, the scene in which Armugan and Anchel react in diametrically opposite ways to the plea of a desperate mother (Nùria Lloansi) is immensely moving.

Although it bears the traces of its Buñuelian roots, Armugan — punctuated with long and savagely eloquent silences — is the product of a natural evolution on the part of its creator, an artist who has never been afraid to follow untrammelled paths and whose themes and characters are never in the common mould, as perfectly exemplified by films like The Taxi Thief and Living and Other Fictions [+see also:
film review
trailer
interview: Jo Sol
film profile]. For the already converted there’s more good news, because another film is on the horizon: documentary essay Nos queda la noche (Viaje al fondo del querer vivir).

Armugan, with dialogue in Spanish and Aragonese, was produced by La Bendita Produce and Shaktimetta Produccions (also acting as sales agent). The film will be distributed by Noucinemart.

Jo Sol presents his most serene and stylised film to date: shot in black and white, set in the Pyrenees and with a profound existential message shimmering through every scene 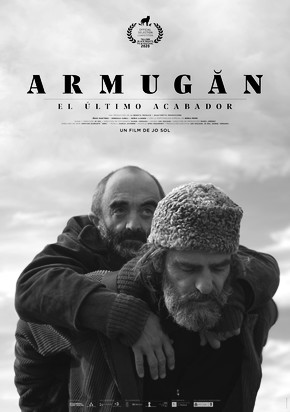 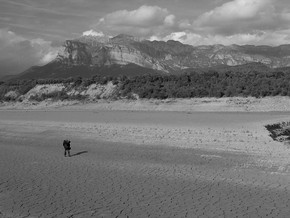 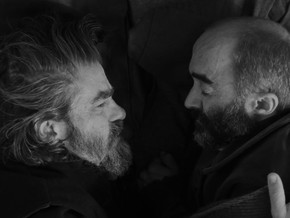 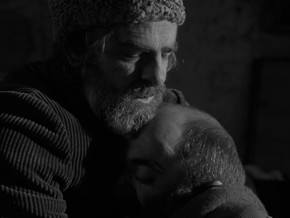 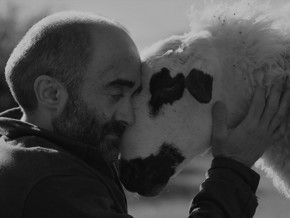 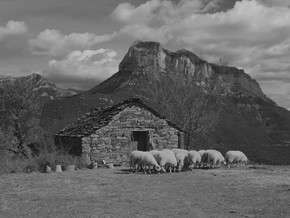 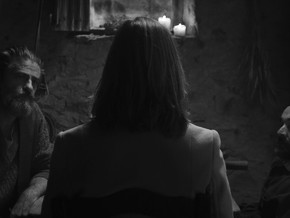