“Celebrate the night, eating tender flesh and dancing in a ring of bones!” it is advised in Frigge Fri’s surprisingly touching Dark Blossom [+see also:
trailer
film profile], making one ache to be young and Goth again. Watching three good friends, Josephine, Nightmare and Jay, play around with makeup, wigs and DIY tattoos is a delight in itself, and Fri’s background in music videos is put to very good use here. She seems to embrace the theatrics and the mad visuals, with their final creations proudly showcased on social media as well. Yet ultimately, it’s a story as old as they come, with a new love interest immediately endangering a bond that has so far seemed so solid. Repeat after Nicolas Cage, kids, back when he lost his hand in a bread-slicing accident: “Love don’t make things nice. It ruins everything.”

Which is probably why Dark Blossom – showing at Hot Docs fresh off its win at CPH:DOX, where it received the Politiken Danish:Dox Award (see the news) – doesn’t really seem to milk their in-your-face style, nor does it use it for the shock factor. Yes, so they like dead animals – who doesn’t? At the end of the day, they are just another group of outsiders, stuck in the Danish provinces this time around, dreaming of becoming a dentist and too shy to complain to a waitress in a fast-food joint when she messes the order up.

It’s a film about childhood, really, about that time when having friends is the only currency that matters. When they are together, they are happy, these three musketeers with the unhealthiest taste in snacks. No longer alone, they spend their days dressing up, complaining about their families and applying loads of foundation. They are close, but a rift seems unavoidable anyway – after all, to grow means to change. And when spending time with a new boyfriend starts to come first for the visibly smitten Jose, as it usually does when first loves unfold, it comes down to something everyone has experienced: the stronger the friendship, the bigger the conflict.

What Fri shows quite well here is that sometimes, a breakup between friends is much harder to stomach than any romantic disappointment. They know you, so they know how to hurt you. Then again, during that time of first jobs and first apartments, rented with boys, of figuring out future careers, it’s easy to let each other go. Forgetting perhaps that fellow dead-animal enthusiasts don’t come along every day. Which, frankly, is just a damned shame. Kudos to Fri for capturing all of that in her tiny, tender movie, and now let’s dig out that dried-up eyeliner that must still be lying around here somewhere.

Dark Blossom was produced by Mathilde Hvid Lippmann for Denmark’s Made in Copenhagen. Its world sales are handled by Reservoir Docs.

This year's other victors include Nina Hobert's Julia&I, Haig Aivazian's All of Your Stars are but Dust on My Shoes, Fanny Chotimah's You and I and Frigge Fri's Dark Blossom 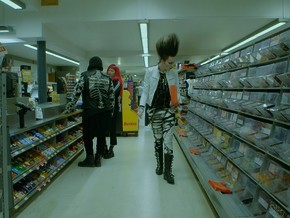 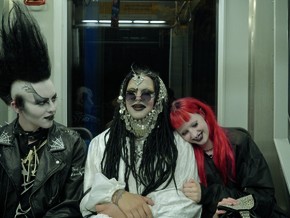 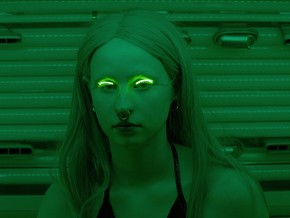 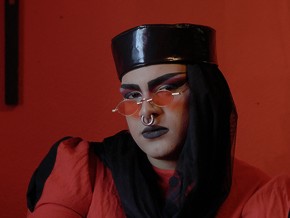 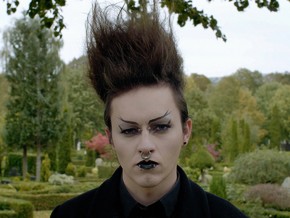