Ever since this writer lost himself in Jordi Morató’s documentary The Creator of the Jungle [+see also:
film review
film profile] more than five years ago, a debut effort by a film student had never bewitched – or astonished – him quite so much. It’s true that educational institutions such as the Pompeu Fabra University in Barcelona, ECAM in Madrid and ESCAC in Catalonia now have us accustomed to receiving invigorating surprises, but in the case of Ovella – directed by a group of students from the 22nd intake of the latter school, Marc Puig Biel, Júlia Marcos Lázaro, Daria Molteni and Sergi Rubio González – this journalist’s levels of amazement have been taken to incredibly enjoyable new heights.

Presented in the Un impulso colectivo section of the recently concluded 11th edition of the D’A Film Festival Barcelona, where it picked up a well-deserved Special Mention from the jury (see the news), in its barely 63-minute running time, Ovella boasts just as much originality and courageousness in its storyline as it does maturity in its narrative. This amazing feat is fuelled by the youthfulness of the people behind it, who, with the unabashed bravery stemming from their inexperience, have dared to helm an enterprise that is in equal parts crazy and entertaining. But at the same time, it is profound, absurd, highly original, gutsy, brutal and almost Kafkaesque.

That’s because its plot (written by Pau Vidal Bosch, Joel Guisado Carmona, Carlos Robisco Peña and Antón Casas Escoda) is challenging, to say the least: a man (just give Nao Albert his Goya already!) who has always lived life as a sheep – he eats, bleats, roams around getting bored and tries to copulate with his woolly best friend – begins to discover that strange things are afoot outside the bounds of his farm, especially when certain companions from his flock begin to vanish…

Filmed in 4:3 ratio, this inverted fable (as here it’s a human who embodies an animal) painstakingly steers its meticulously designed score, mise-en-scène and sound so as to lead the viewer into an emotional, dreamlike state where anything is possible, because thanks to the subtitles, the audience will be able to understand the meaning of the protagonist’s every “baa” and will eventually manage to put themselves in the “trotters” of these ovine creatures that are treated despicably in the name of human well-being.

However, while Ovella can be interpreted as a veiled animalist tirade, it can also be viewed as an existential film, halfway between Kafka’s The Metamorphosis and Truffaut’s The Wild Child. It could even serve as the perfect companion to The Silence of the Lambs by Jonathan Demme in a double bill focusing on cruelty, determinism, identity and how complicated it is to alter habits that have been acquired over many years.

Ovella is an ESCAC Films production. One of the subjects studied by the students in their fourth year at ESCAC is the collective feature, a piece where students of all specialities join forces: directors, screenwriters, producers, cinematographers, art directors, editors, sound engineers and so on – they all work together on this project. For example, in addition to the feature reviewed here, this course has spawned La filla d’algú [+see also:
film review
trailer
film profile] (winner of the Movistar+ Award for Best Film and Silver Biznaga for Best Actress for Aina Clotet in the ZonaZine section of the 2019 Málaga Film Festival).

The feature debut by Romania’s Eugen Jebeleanu, hinging on LGBTQ+ issues, has gone home with the top prize from the 11th edition of the D’A Film Festival Barcelona 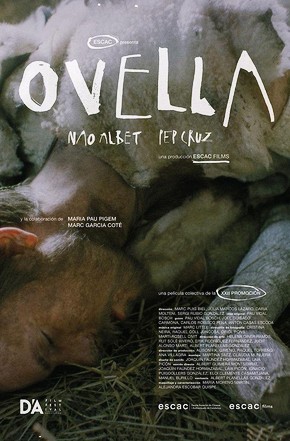