26/05/2021 - With this non-fiction title, Guille Cascante proves that terror is shapeless, simultaneously crafting a survival film packed with action and emotion

The DocsBarcelona Festival opened its 2021 edition on 18 May with a screening of a documentary helmed by Guille Cascante, entitled Balandrau, Frozen Hell [+see also:
trailer
film profile], which reconstructs a real-life tragedy that cost various people their lives, and which took place on 30 December 2000 in the Catalonian Pyrenees. This highly emotional film gives a voice to the survivors and their rescuers, with a view to commemorating that horrific event with a perfect blend of suspense, shock and spirit of achievement (and respect for Mother Nature).

With a format based on highly truthful reconstruction and TV-style interviews, combined with archive footage (especially news bulletins), Balandrau, Frozen Hell – which veers somewhat into confusing territory when it describes what happened to each of the groups of people who suffered the consequences of that unexpected storm – reinforces its message with carefully rationed suspense, gradually breaking down the circumstances that led to that cruel disaster, where the Earth once again demonstrated how devastatingly superior it is to humankind.

Using the book 3 nits de torb i 1 cap d’any. Crònica d’una tragèdia al Pirineu by meteorologist Jordi Cruz as its starting point, and through a screenplay penned by Enric Alvarez, Carlos Prieto and Jordi Morató (the latter of whom helmed the unforgettable 2014 gem The Creator of the Jungle [+see also:
film review
film profile]), the documentary relies on elements commonly found in horror films (with the mountain depicted as an enemy that is in equal parts cruel and unpredictable) and the survival genre (one can’t help but be reminded of titles such as Alive by Frank Marshall or 127 Hours [+see also:
trailer
making of
Interview Danny Boyle e James Franco […
film profile] by Danny Boyle). However, eclipsing them both is a strong plea for friendship, solidarity and the very human capacity not only to bounce back, but above all to help one’s fellow men and women.

Its director, Guille Cascante, is a producer (who runs his own company, Goroka) and director of documentaries in which the wild and untamed – his great passion – takes precedence over everything else: that’s why he ventured down to the darkest depths of the oceans in the series Bubbles, travelled as far as the icy Arctic Ocean (in Latitud 80), reached the very heart of Greenland (La sonrisa del sol), accompanied sailor Dídac Costa (Point Nemo) and crossed Cape Horn (Portraits at the Edge of the World). For Cascante, who in Balandrau, Frozen Hell recounts the story of one of the worst accidents ever to have taken place in the Pyrenees, this film (in his own words, as he explained in his introduction at DocsBarcelona) is an attempt to reflect on the sense of guilt felt by a survivor, as well as a warning about the overwhelming force of Mother Nature and just how small we are as humans.

Balandrau, Frozen Hell – which can be watched on Filmin in Spain until 30 May – is a production by Televisió de Catalunya, Lastor Media and Goroka. It received support from FGC.

With this non-fiction title, Guille Cascante proves that terror is shapeless, simultaneously crafting a survival film packed with action and emotion

From 18-30 May, audiences will be able to enjoy the gathering dedicated to the rich array of contemporary documentaries, both physically in Barcelona and on Filmin 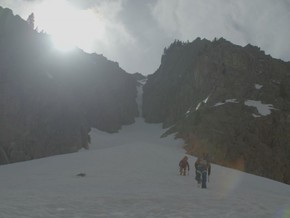 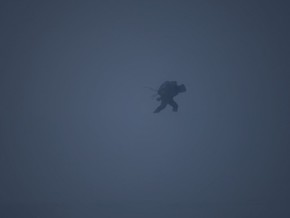 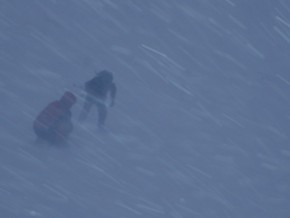 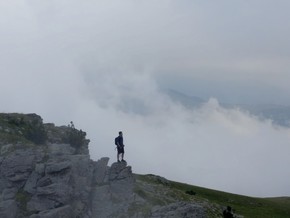 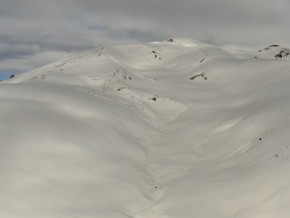 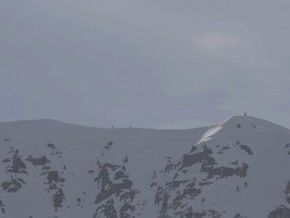