"Everyone warned me: you don’t know what you’re getting yourself into". As she follows in the wake of a young Czech student who marries an Afghan man and sets off to live with his family in Kabul, Michaela Pavlátová uses her recognised talent as a maker of animated movies (her short films won her an Oscar nomination in 1993, a Golden Bear in Berlin in 1995 and a Crystal in Annecy in 2012) to offer up a touching and enlightening tale that’s accessible to all audiences but which also manages to show welcome restraint when it comes to the risk of melodrama and the brand of Western world judgement which often hangs over a subject such as this. The director deftly sidesteps these pitfalls in My Sunny Maad [+see also:
trailer
film profile], a film unveiled in the Annecy International Animated Film Festival’s Official competition, thanks to her deeply human approach and the simplicity which plays out perfectly in her rendering of the story and the film’s visuals (which doesn’t detract in the slightest from her total command of these components).

"I went from being Helena to becoming Herra". After falling in love at first sight at Prague’s University of Economics, setting off for Kabul just two months later and getting married on the spot within a mere three days, our young and pretty, blue-eyed, blond, Czech protagonist is trying to integrate her husband Nazir’s family and sharing day-to-day life with eight other people: the wise and friendly family grandfather, Herra’s mother-in-law, her sister-in-law Freshta and the latter’s husband Kaiz (who sells chickens at the local market) and their four children (teen Roshangol, boys Rustam and Kamaal, and the baby of the family Junus). It’s spring 2011, the radio is relaying the blunders made by the leaders of the international coalition and Ben Laden is on the verge of elimination. But Herra’s existence chiefly revolves around her gradual understanding of the (highly coded and rigid) place of women in Afghan society, but also in the eyes of Nazir, who is (apparently) far more tolerant on the matter than the vast majority of his compatriots. But the original, conjugal position of this young, European woman also allows her to view Afghan traditions with a far more lenient eye than that cast by the Western humanitarian groups whom she’ll soon be starting to work for.

This in-between position and the insider view offered by an “adopted” (but not native) foreigner is what lends My Sunny Maad its singularity, a distinctiveness which is further enhanced by the arrival of another “outsider” within the family’s ranks: Muhammad (the titular Maad), a child who was found in the streets, bald with atrophied muscles, whom Herra (who seems incapable of getting pregnant) and Nazir take under their wing. He proves a wild and moving character (whose secrets are gradually revealed) who plays the role of a second observer and who is likewise attempting integration, but experiencing social rejection due to his natural divergence from the norm. Acting both as mirrors of and actors in the world which surrounds them, Herra and Maad try to make their voices heard over the question of Roshangol being married against her will (as soon as her first period arrives). It’s an event which sets off a whole other raft of events and which sees wider Afghan society intruding violently into the microcosm of the family…

An adaptation by Ivan Arsenjev (in collaboration with Yaël Giovanna Lévy) based on Petra Procházková’s novel Frišta, My Sunny Maad is endowed with the musical talent of composers Evgueni and Sacha Galperine, and with the art of Michaela Pavlátová which intersperses the tale with a number of highly creative and dreamlike moments (without sliding into ostentation). The result is a rather beautiful, simple and luminous animated film, whose intentions are original yet unassuming, with a view to opening up the subject-matter to the widest audience possible.

more about: My Sunny Maad

The French agent sells Compartment No 6, which is gracing the competition, Moneyboys in the Un Certain Regard section and Softie, set for a screening in Critics’ Week

The French sales agent’s line-up encompasses 11 titles, with 3 market premieres, including the German production helmed by Israel’s Shirel Peleg, a rom-com about a culture clash

A team of more than 30 animators from three countries is working on the movie, which is being directed by Michaela Pavlátová 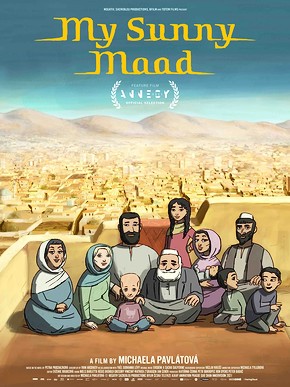 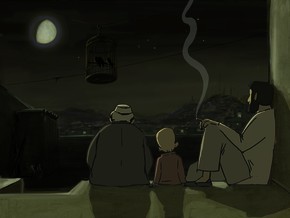 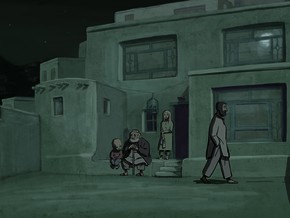 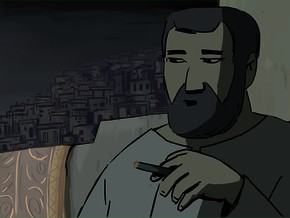