07/07/2021 - CANNES 2021: François Ozon gets back to basics exploring death and euthanasia by way of a simple, realistic and modestly restrained family portrait which will resonate with many

"I want you to help me end it all, do you understand?" When an elderly and greatly diminished father addresses such a request to his daughter, it comes as a shock ; the prospect of the inevitable end seizes you, as if it’s some new stage in a physical demise which loved ones face up to as best they can, between somewhat forced levels of determined optimism, the denial of human mortality, and, of course, sadness and dejection, but also support fuelled by paradoxical feelings of love and pain which are deep yet restrained. It’s into the midst of this poignant time of life that François Ozon plunges with meticulous realism in Everything Went Well [+see also:
trailer
film profile], which was unveiled in competition at the 74th Cannes Film Festival and is based on the autobiography of the same name by the late Emmanuèle Bernheim (seen on the Croisette in 2019 in the documentary Living and Knowing You’re Alive [+see also:
film review
trailer
film profile]).

For Emmanuèle (Sophie Marceau), it all begins with a phone call on 15 September: her 85-year-old father André (André Dussollier) has had a stroke. Precipitated, alongside her sister Pascale (Géraldine Pailhas), into the dizzying spiral of hospital life, the novelist initially refuses to give in to pessimism ("he’s strong, he always recovers) and pays non-stop visits to be by her father’s side, all the while wrestling with a whirlwind of feelings towards a forebear who didn’t show her much affection in her youth (as we learn through a handful of brief flashbacks) and was unbearably stubborn by nature. But the state of André’s health is rapidly deteriorating, and he soon asks his daughter to help him die.

From torturous doubts to fleeting hopes for an improvement in his condition, Emmanuele gradually comes to terms with the idea, as André repeatedly badgers her over whether or not she’s looked into it. Then, in December, the head (a former judge) of the Right to Die with Dignity association arrives in Paris from Switzerland ("we’ll help him with his suicide, but it isn’t us who put an end to his life"). Thus, Emmanuèle and Pascale stand together to prepare for their father’s final journey, but it’s not as easy as it seems (over and above the emotional rollercoaster inherent to the situation), because the two sisters risk falling foul of French law, and given their dad’s tendency to talk too much, their loved ones end up trying to put a block on their plans…

The subject of death has already formed the focus of various other films by François Ozon (notably Under the Sand [+see also:
trailer
film profile], Time to Leave [+see also:
trailer
film profile], The Refuge [+see also:
trailer
film profile], Frantz [+see also:
film review
trailer
Q&A: François Ozon
film profile]), but the director has never approached it so directly, dissecting the process with expert use of ellipses (the story unfolds between September and April) and a level of drama which is perfectly suited to a small and "normal" family (with its different characters – all very well played – and skeletons in cupboards). Undeterred by potential audience reluctance to contend with such a film following months of withstanding a heavy-going health crisis, and laying the pertinent social subject of euthanasia very clearly on the table (as Quelques heures de printemps did, back in 2012, in quite a different fashion), the filmmaker is entering into a universal public debate. Because this story “is our story”.

Everything Went Well is produced by Mandarin Production and sold worldwide by Playtime.

more about: Everything Went Fine

The Vanished President is now in post-production

Jacques Gamblin and André Dussollier lead the cast of Jean-Marc Peyrefitte’s first feature, which is produced by Dibona Films and Pan Européenne

CANNES 2021: François Ozon gets back to basics exploring death and euthanasia by way of a simple, realistic and modestly restrained family portrait which will resonate with many

Melbourne, Mexico, Beijing, Seoul and Tokyo will feature physical screenings of many films selected in Cannes, the day after their official premieres and exclusively for film professionals 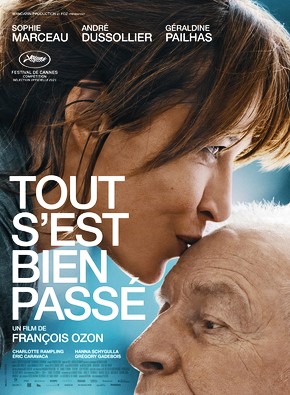 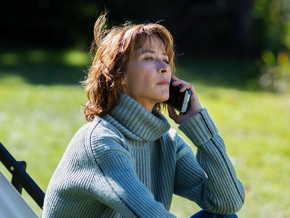 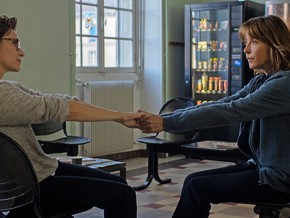 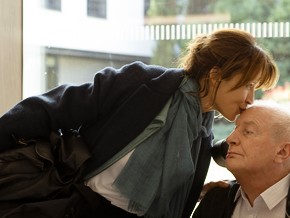 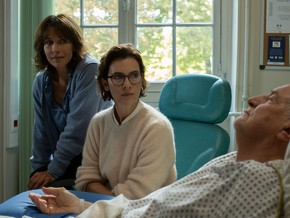