Teenage sulkiness reaches a whole new level in Antoneta Alamat Kusijanović’s Murina [+see also:
trailer
interview: Antoneta Alamat Kusijanović
film profile] – shown in the Cannes Directors’ Fortnight – where a girl called Julija (Gracija Filipović) seems to become more irritated by her family situation by the hour, or make that by the minute. She might have a point, though – her father (Leon Lucev) keeps on ordering her, and her mother (Danica Curcic), around, but he has dreams of his own, and the arrival of a moneyed acquaintance (Cliff Curtis) might be the moment they have been waiting for. If only they can behave for a while.

There is a sense of familiarity to this story, as summer is always your go-to time for any burgeoning desires or personal revolutions, it seems, or at least it was pre-pandemic. But Kusijanović manages to avoid the most obvious, sexualised route, allowing her protagonist to – in short – figure things out on her own. She takes a risk with Filipović, who doesn’t really express much in the film and ends up being a somewhat opaque figure. Not allowing herself to show weakness, least of all in front of her father, Julija clearly puts on a front, all the time. But it doesn’t make her that interesting to follow.

At least not on dry land, as this is a little mermaid with daddy issues we are getting here – always clad in her favourite swimsuit, her body-hugging armour, of sorts. The water is where she belongs. It’s where she escapes to, frolics and sees her prospects a little bit more clearly. Or where, predictably, she can confront the pater familias with a short fuse.

It’s never really explained why this family dynamic is so dire, with Julija and her young mother feeling more like co-captives than actual relatives, uniting against a household bully who clearly forgot how old his child really is, still forcing her to recite poems in front of his guests. Do all of these interactions feel authentic? Not really, as despite all the interesting faces in the cast, they just don’t glue together. The occasional soap-opera slap and underwater ballet verge on silliness, too – it’s just damned hard to properly express your feelings with a diving mask on. Then again, while not the most original tale of quiet self-empowerment, there is something appealing about the mood that Kusijanović creates. Beware of those holiday spots – there is always something lurking underwater. And sometimes, it’s a teenage girl with an attitude.

Murina was produced by Croatia’s Antitalent and Brazil’s RT Features, with co-production by Spiritus Movens (Croatia), Spok (Slovenia) and Staragara (Slovenia). Its sales are handled by The Match Factory.

“The water is a place where my character is free, but it’s also where she can spill some blood”

CANNES 2021: It’s a cruel summer lying in wait for teenager Julija in this Directors’ Fortnight title by the Dubrovnik-born filmmaker

Zrinko Ogresta’s latest film dominates the artistic and critical categories, while Dalibor Matanić’s The Dawn clears out the technical ones

CANNES 2021: In her feature debut, Antoneta Alamat Kusijanović takes her characters out for a swim

A Croatian-Slovenian-Brazilian-US co-production, the multi-award-winning filmmaker’s debut feature has been selected for the parallel section of the French festival 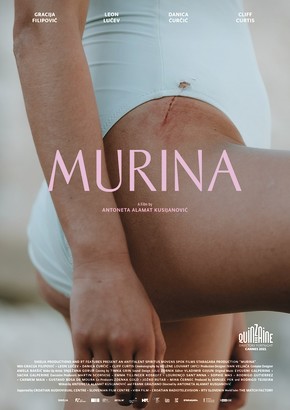 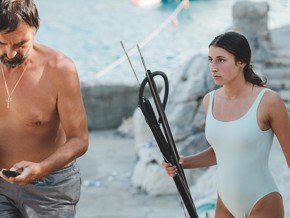 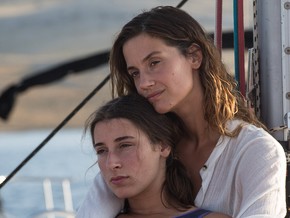