Now that’s a trend we can stand behind – after Kelly Reichardt’s First Cow, bovines are clearly having a moment. With its uninterrupted focus on just one animal, it would be very easy to write off Andrea Arnold’s first documentary, Cow [+see also:
trailer
film profile], screening in Cannes Premiere, as tiring or to just laugh it all off, but when she promises a film about a cow, that’s exactly what she delivers.

There are no fun adventures here, though – nothing as exciting as in Jean-Jacques Annaud’s The Bear, as Luma and her resigned companions lead a life of routine. Seeing what she is seeing is, in short, just hard – the same walls, the same machines that just keep on pumping while pop tunes ease the cows into their daily chores. With all this mind-numbing repetition, a whiff of Mike Judge’s Office Space creeps in: it’s all work and very little play, although no one is having conversations about staplers.

Then again, why should a project like this be approached any differently from some recent examples of “slow cinema”? Also because, after some initial resistance, it’s all very engaging. Arnold uses the Gunda [+see also:
film review
trailer
film profile] approach, one could say, but this time, there is no black-and-white cinematography to hide behind, and arguably, she comes a bit closer. It’s like her camera (or, rather, DoP Magda Kowalczyk’s) is just one of the animals, even getting an occasional kick or a disapproving stare. People, they just don’t matter this time. They can be heard but seen only from a four-legged perspective, with their intrusive hands and their “good girl” echoing like some kind of a refrain.

It’s a story about the exploitation of a body, sure, and the kind that makes one feel very tired. But Arnold avoids the shock factor, slaughterhouses and constant pain – it may be boring and repetitive, but these cows do have a life, and it’s not only fear that shows in their eyes. There is no “animals, they are just like us” preaching going on, but personality traits do emerge. Luma appears grumpy sometimes, or upset, or is actually staring at the night sky at one point. There is even a bubbling sense of rebellion after years of quiet submission, which someone says “just happens” as the animals age.

A close-up of cows giving birth will be too much for some – as proven by some quickened breathing heard in the Cannes cinema – and anyone who has ever seen a Disney film featuring any kind of animal will be waiting for something to go terribly wrong. But it’s funny how affecting these films can be, even if they don’t necessarily influence people’s daily habits that much. Or maybe they do, who knows? If David Foster Wallace was asking people to please “consider the lobster”, that’s what Arnold is now doing for cows, basically.

Cow is a production by the UK’s Halcyon Pictures and BBC Films. Its distribution is handled by Ad Vitam and its sales by mk2 Films.

A total of 159 features will play at the annual October gathering in the UK’s capital, with 21 of them world premieres

CANNES 2021: Andrea Arnold delivers a master class in how to look an animal in the eyes

With seven features included in various Cannes section, including the new film from Joachim Trier in competition, the French sales agent holds many assets 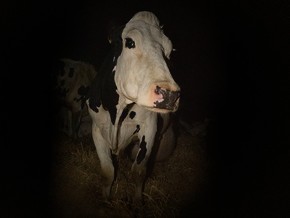