CANNES 2021 Out of Competition

09/07/2021 - CANNES 2021: Ari Folman brings the Anne Frank story to present-day Amsterdam in this innovative and delightful animation that has a remarkable sting in its tail

The superb animation Where Is Anne Frank [+see also:
trailer
interview: Ari Folman
film profile] by Ari Folman is a standout gem. There are lots of films about the refugee crisis that have been made over the past decade, as refugees flooded into the continent after the so-called Arab Spring, but this one stands out for being family-friendly and holding the old colonial powers to account for commemorating figures such as Anne Frank but forgetting the lessons of her life when asked to show sympathy with those fleeing war zones. One can only assume that the only reason it's playing Out of Competition at Cannes is that the festival very rarely puts animated movies in the running for the Palme d'Or. Indeed, the last time such a film was in competition, it was another Folman effort, Waltz with Bashir [+see also:
film review
trailer
film profile], in 2008.

The Israeli director is an expert at coming up with “meta” ways to tell familiar stories using the power and possibilities of animation. In Waltz with Bashir, an Israeli film director interviewed veterans of the 1982 Lebanon invasion to revive his cached memories of his own experience as a young soldier sent to war. In The Congress [+see also:
film review
trailer
film profile] (2013), Robin Wright played Robin Wright, and if that wasn't meta enough, she's a mid-career actress who gets offered the chance to be a movie star for eternity by digitalising her image for use in future productions.

Even so, the conceit behind Where Is Anne Frank may be Folman's best yet, although credit for the idea must go to the Anne Frank Fonds Basel, the organisation set up by Anne's father, Otto Frank, in 1963 using royalties from The Diary of Anne Frank as well as the successful 1956 Broadway adaptation The Diary of a Young Girl and George Stevens' triple Oscar-winning movie The Diary of Anne Frank (1959). The foundation has been trying to get an animated film made in which Anne Frank's imaginary friend Kitty would come to life. They finally found the right person for the job when they approached Folman.

The film is set in the present day in Amsterdam, where Kitty comes alive, but must stay near the diary or she is invisible. The first question she has is: where is Anne Frank? When she wanders out into the street, she is told that Anne Frank is everywhere because streets, museums and libraries have been named after her. But it turns out that while the name lives on, the spirit with which she lived does not. The film asks if Anne is anything more than a tourist attraction. The story is told by Kitty, who learns about how Anne died by reading her father Otto’s book. The other part of the film is Kitty meeting Peter, who runs a secret shelter for undocumented refugees. There, she learns about the hardships faced by refugee children in the present world and that injustices exist as much today as they did in the war.

The animation, led by Lena Guberman, is also fantastic in how it lets the story take precedence. Yet it's made up of 159,000 individual drawings created in 15 countries using a wholly new technique by combining static backgrounds with classic, animated figures in 2D. The Hinterhaus was created as a miniature model, which enabled the filmmakers to create images of real scenery recorded by actual cameras. Drawn figures were then placed onto these backgrounds as animation. It’s a technique that’s as innovative as this brilliant film.

more about: Where Is Anne Frank

The event is now a qualifying festival for the Short Film Awards category of the Oscars, becoming the first film gathering to hold this distinction in the Czech Republic

Yuri Ancarani’s Atlantide reigned supreme when it came to the festival’s awards, at the close of this successful 12th edition

Five industry experts are going to select Europe’s most promising up-and-coming acting talents for the new edition of the initiative, set to take place at the 2022 Berlinale

The films by Julia Ducournau, Jasmila Žbanić and Florian Zeller receive four nods, while Paolo Sorrentino’s The Hand of God and Juho Kuosmanen’s Compartment No. 6 follow hot on their heels with three 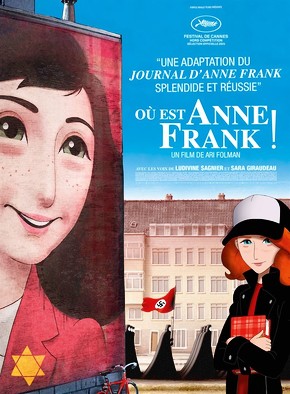 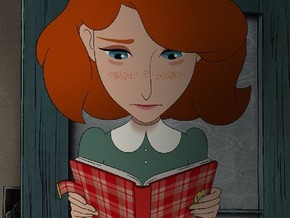 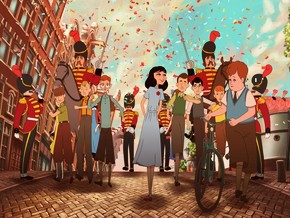 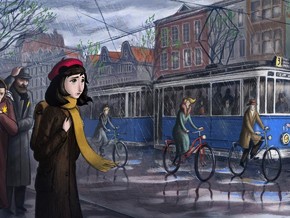 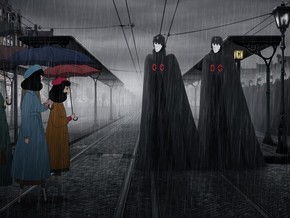 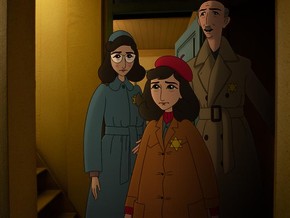 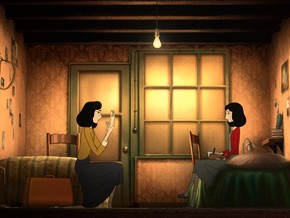 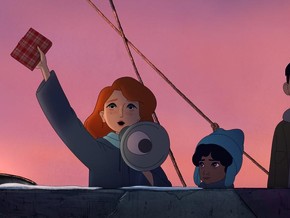 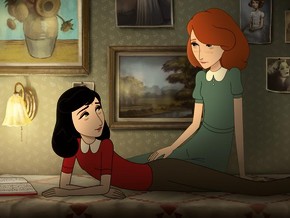