Review: The Tale of King Crab

Gabriele Silli in The Tale of King Crab

At some point between the nineteenth and twentieth centuries, a Salesian priest on horseback is carefully watching a crab in the Tierra del Fuego tundra. The clergyman is waiting for the crustacean to guide him towards a lake which hides a piece of treasure stolen from the Spanish Crown. From this paradoxical scene, which winds back the ribbons of time, zooming out geographically speaking and rotating the globe towards another continent, we find ourselves a century down the line, in a hunting lodge in Italy’s rural region of Tuscia, where old hunters are eating, drinking wine and singing folk songs about ancient, local legends.

Screened in a world premiere within the 2021 Cannes Film Festival’s Directors’ Fortnight, The Tale of King Crab [+see also:
trailer
interview: Alessio Rigo de Righi and M…
film profile] is the first fiction film to come courtesy of a couple of documentary-makers, Alessio Rigo de Righi and Matteo Zoppis, who have decided to revisit the western genre in arthouse fashion, whilst having a whale of a time deconstructing the form like other directors before them, playing with stereotypes and even desecrating the magical realism of Latin American literature.

The idea itself came out of a story which was told to the two authors by hunters in Tuscia and which reflected the adventures experienced by Italian emigrants in Argentina at the end of the 19th century and South American Indian legends. The actors in the first chapter of the film, the Italian part entitled “The foul deed of Sant’Orsio”, are farmers, workers and hunters from a small village called Vejano. The protagonist Luciano is played by Gabriele Silli, an artist from Rome who moves between sculpture, performance and assemblage art, while Maria Alexandra Lungu (who appeared in The Wonders [+see also:
film review
trailer
interview: Alice Rohrwacher
interview: Tiziana Soudani
film profile]) plays the part of female protagonist Emma. The rebellious son of a Vejano doctor, Luciano is described by those around him as “a pauper, a nobleman, a saint, a drunkard”. Fate pits him against the local prince (Enzo Cucchi) and between one drink and another, while toasting the republic, Luciano falls in love with Emma, a proud and strong-willed girl who isn’t afraid of the aristocratic rulers of their lands. “I know who I am and what I’m worth”, she asserts with pride. But when the young woman is raped and killed by the prince’s thugs, Luciano embarks upon a clumsy vendetta resulting in further deaths and forcing our protagonist to flee to America.

The film’s second part is prosaically entitled “The arse-end of the world”, which is the perfect definition of Patagonia as seen through the eyes of a European. In Argentina, Luciano casually takes note of a priest’s dying words, before stealing his identity and the secret of a mystical treasure in the vicinity of Bahía Aguirre in Ushuaia. According to the dead man’s explanations, a crab kept in a tub of water will show him the way. Luciano is accompanied on his expedition by a small group of unscrupulous seamen (Mariano Arce, Darío Levy, Jorge Prado and Daniel Tur) and the feverish journey in search of gold soon turns into a massacre. Amidst a magnificent, lunar landscape, wonderfully captured by Simone D’Arcangelo’s photography, the directors don’t hold back on ironic tones as they follow in the timeless vein of the “treasure hunt in a hostile environment”, offering up philosophical comments on man’s greed and on America: “the land of opportunity”. The careful thought that has gone into the music, born out of a collaboration with composer Vittorio Giampietro is, likewise, well worth a mention.

The Tale of King Crab, developed within the framework of the Venice Production Bridge - Gap Financing Market 2019, is a majority Italian co-production by Ring Film and Rai Cinema, with Argentine and French input from Volpe Films, Wanka Cine and Shellac Sud. The latter are also in charge of international sales.

more about: The Tale of King Crab

“The role of Luciano grew with our lead actor; he really became the character”

CANNES 2021: The Italian duo have presented their first feature film, set in a fictional 19th century, in the Directors’ Fortnight

They Carry Death carries home the trophy from Novos Cinemas

918 Nights, The Tale of King Crab and Rendir los machos were some of the other European titles granted awards by the different juries

The festival, which is unspooling from 14-19 December, will screen a total of 24 movies and will dedicate a focus to filmmaker María Pérez Sanz

The Life of Infamous Men has entered post-production

Gilles Deroo and Marianne Pistone are kicking off editing on their second feature film, produced and sold by Shellac, following Sheep which was revealed in Locarno in 2013

Austria’s Great Freedom enjoys a twofold win at the Viennale

The national 2022 Academy Awards candidate, helmed by Sebastian Meise, and its compatriot Beatrix have taken home three out of five awards

The Tale of King Crab crowned at Annecy Cinéma Italien

Review: The Tale of King Crab 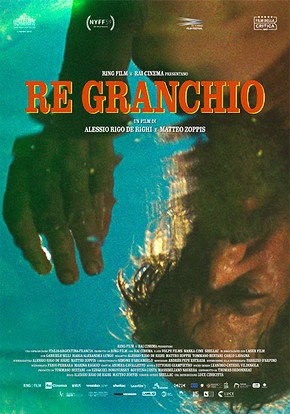 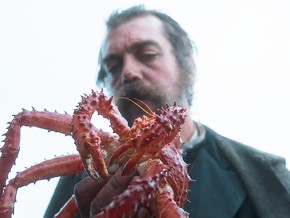 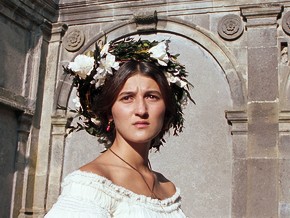 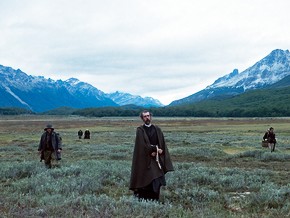 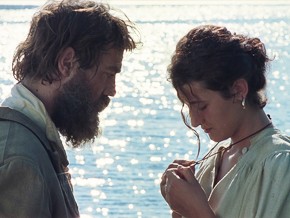